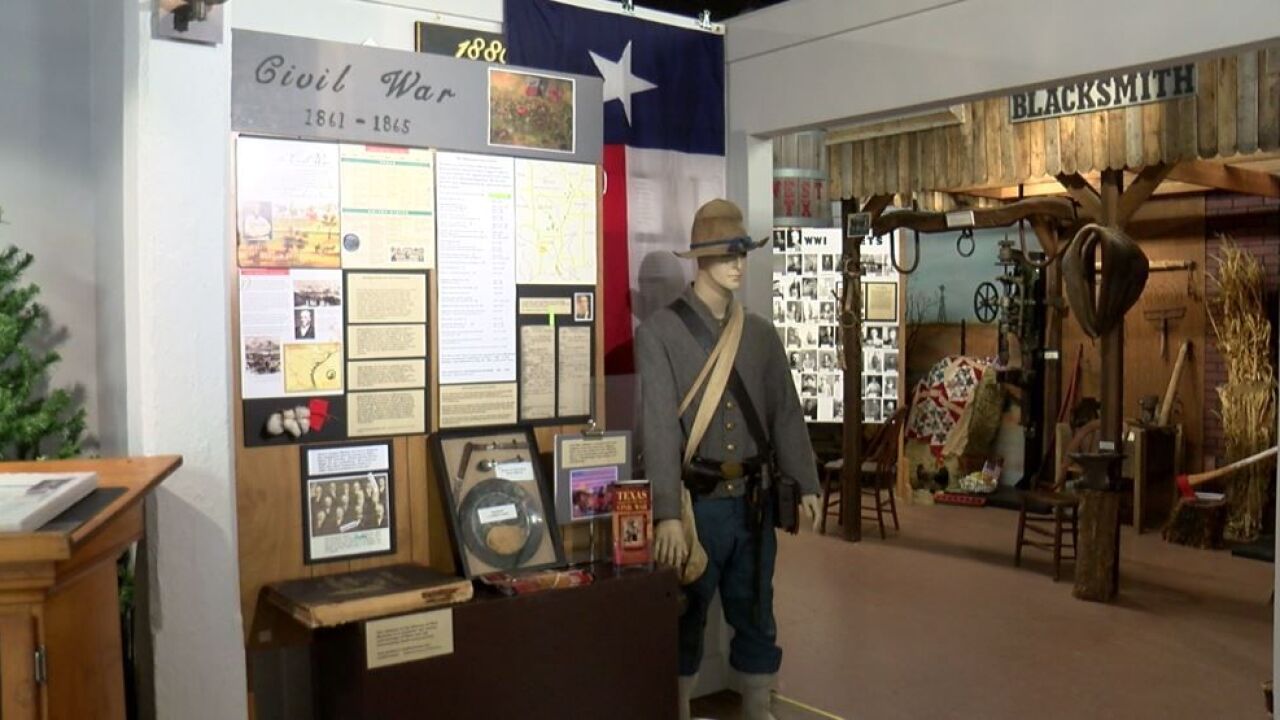 In the spirit of Veterans Day, the History of West Museum advertised to the community for a temporary military artifact display.

Members of the West community lent their families' war artifacts to the museum for the short term exhibit during the month of October.

The display represents items from the Civil War, World War I, World War II, and the Korean War, with pictures of servicemen from West and the area.

The exhibit has been a hit and the community responded positively to honoring their local heroes.

"There's a lot of people that we're so proud of from the West area that served in the military and that's why we want to show them," Vice President History of West Museum Board Joe Mashek said.

The exhibit will be on display until the first week of November, but museum management says that If the response is great, they may leave it available until December.