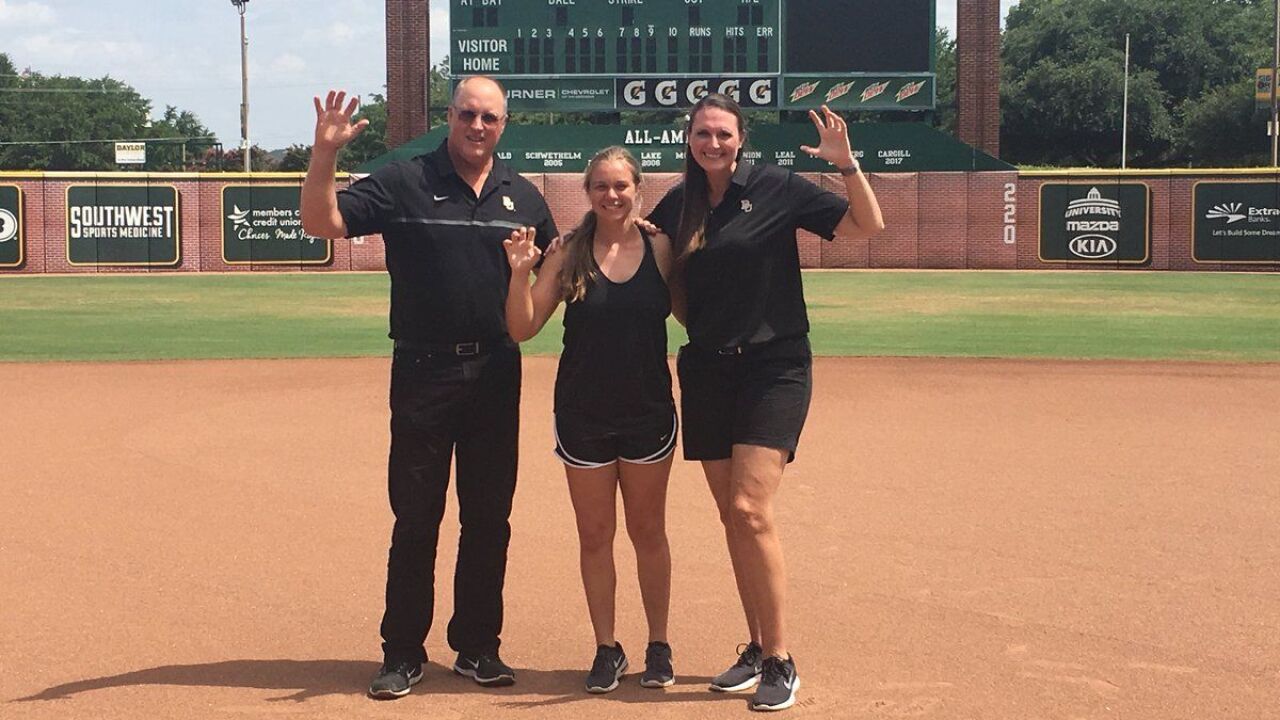 The Baylor softball squad added INF/RHP Kassidy Krupit as an additional signee on a national letter of intent for the 2019 class, announced by head coach Glenn Moore on Wednesday, entering his 19th at the helm of the program.

“Kassidy is considered one of the top hitters in the 2018 class and will help solidify our defense at third, as well as our bullpen as a very capable pitcher,” Moore said. “She is a passionate athlete who has excelled at a high level on the field and in the classroom.”

A native of Suwanee, Ga., Krupit has made a name for herself as one of the top power hitting prospects in the class, earning the first invitation to the Louisville Slugger Hit Club in California in July as one of the Top 10 power hitters in the recruiting class.

She is a Top 20 recruit in the Extra Inning Softball Elite 100 rankings and was named to the FloSoftball Hot 100 recruiting list.

Playing high school ball at Lambert High School in Suwanee and playing club for the EC Bullets organization out of Georgia, Krupit has stacked up a number of accolades, including Premier Girls Fastpitch (PGF) All-America, All-State and state championships.

Krupit will play in the nationally-televised PGF All-America game on July 27 on ESPN and will take part in the Louisville Slugger Hit Club, which runs July 28-30.