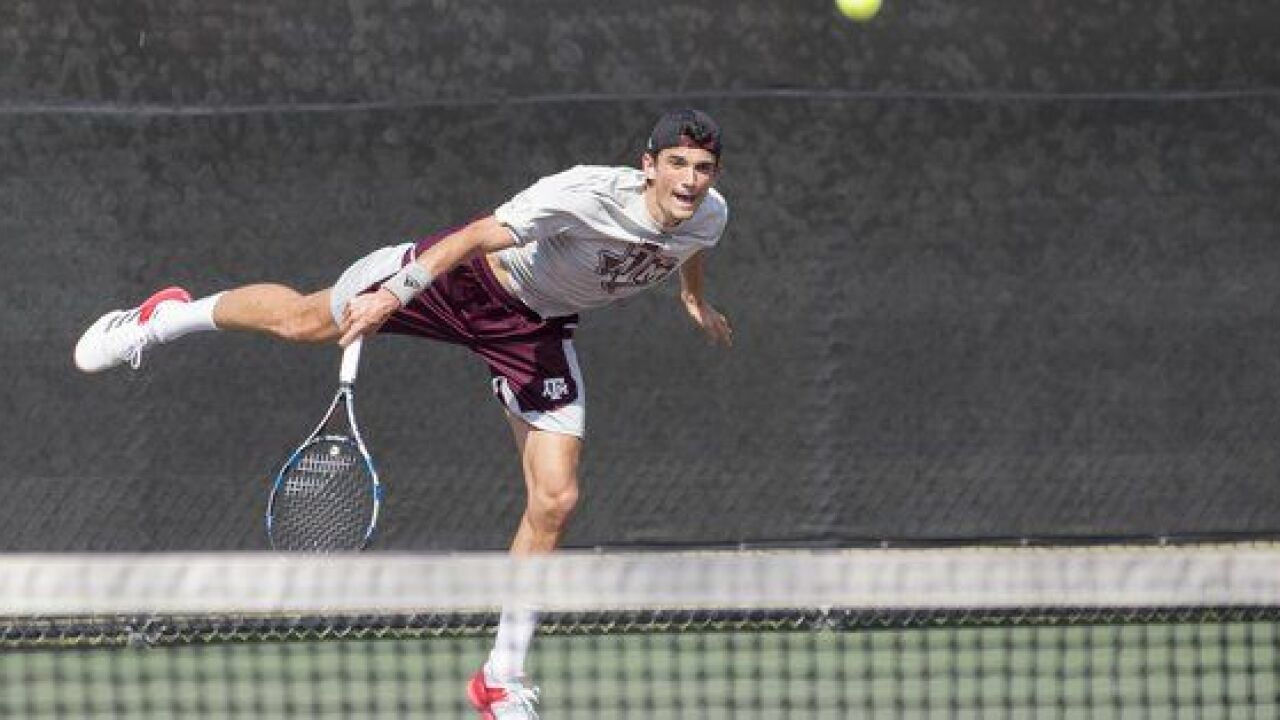 The Aggies return to action after picking up their ninth straight SEC match this season and nine straight dating back to the 2017 season, defeating No. 9 Florida Friday evening in College Station. The Maroon & White dominated the Gators, claiming the doubles point and five straight singles matches to top the top-10 squad 6-1 in front of an impressive crowd on Friday.

South Carolina claimed a 5-2 win at LSU on Friday evening, earning the doubles point and four singles matches to earn the Gamecocks their fourth straight league victory. The Columbia based squad are led by No. 24 Gabriel Friedrich and No. 70 Paul Jubb in singles and the 29th-ranked doubles tandem of Friedrich and Yancy Dennis to go along with No. 58 Dennis and Harrison O’Keefe.

Fans are reminded that general admission to tennis matches this year are free. Fans unable to make it out the Mitchell Tennis Center can follow Sunday’s match online at 12thMan.com/livetennis , live video and live scoring will be available.