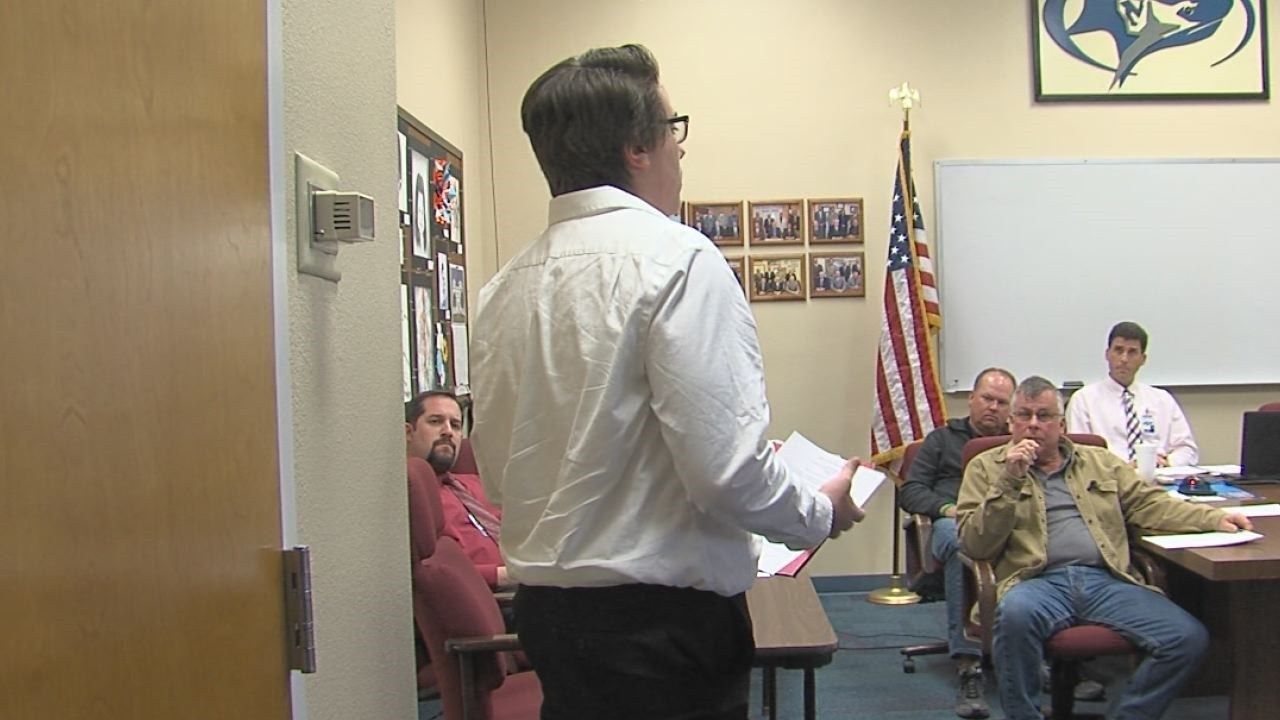 A Lampasas High School teacher is in danger of losing his job at the end of the year but not everyone agrees with that decision.

Colleagues, community members and students filled the room at Monday's school board meeting in Lampasas to speak on behalf of Daryl Hurst.

Hurst has been a U.S. History teacher at Lampasas High School for the past three years, but the new administration at the school told him they don't plan on renewing his contract for next year.

Hurst retired as a Marine Lieutenant Colonel in 2014 and said teaching the kids is another way of serving his country. He said he doesn’t do it for the money so losing his position at the school hurts the students more than him.

Many of his students said he made history fun and easy to learn and students showed up tonight to fight for their teacher.

Hurst says the school did not give him a reason for them choosing not to renew his contract and the school board has not decided on Hurst's future.