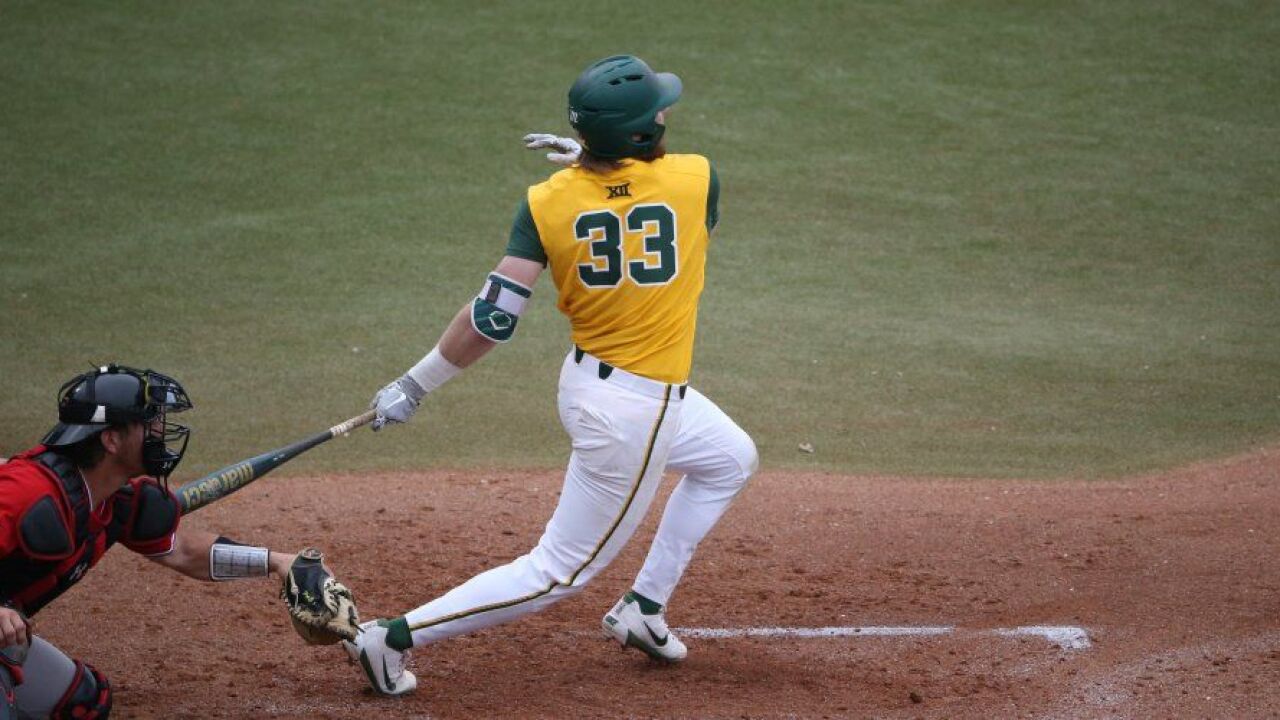 Baylor baseball came out on the wrong end of a 6-1 decision vs. Oklahoma on Saturday evening at Mitchell Park. The Bears (13-12, 3-6) had an early run but the Sooners (20-10, 6-0) used a big fourth inning to complete the series sweep.

Trailing 1-0 after the first inning, BU knotted the game in the second. Shea Langeliers singled, moved to second on a Davion Downey sacrifice bunt, advanced to third on an error and scored on a two-out single by Tucker Cascadden.

The Sooners offense roped two doubles to reclaim the lead in the second. Then in the fourth, OU broke the game open, scoring four runs on a pair of two-run home runs.

Baylor had a chance to make a comeback in the fifth as Josh Bissonette (HBP), Cascadden (single) and Loftin (bunt single) all reached to begin the inning. Unfortunately, the Bears came up empty with the bases loaded. Richard Cunningham struck out, Davis Wendzel lined out to center field and Andy Thomas missed a grand slam by five feet in center. BU never threatened the rest of the way.

OU starter Nathan Wiles (2-1) earned the win, giving up an unearned run on five hits with three strikeouts in five innings. Dylan Grove picked up the save with four shutout innings. BU starter Jacob Ashkinos (0-2) took the loss, allowing six runs on seven hits and three walks with one strikeout in 3.2 innings.