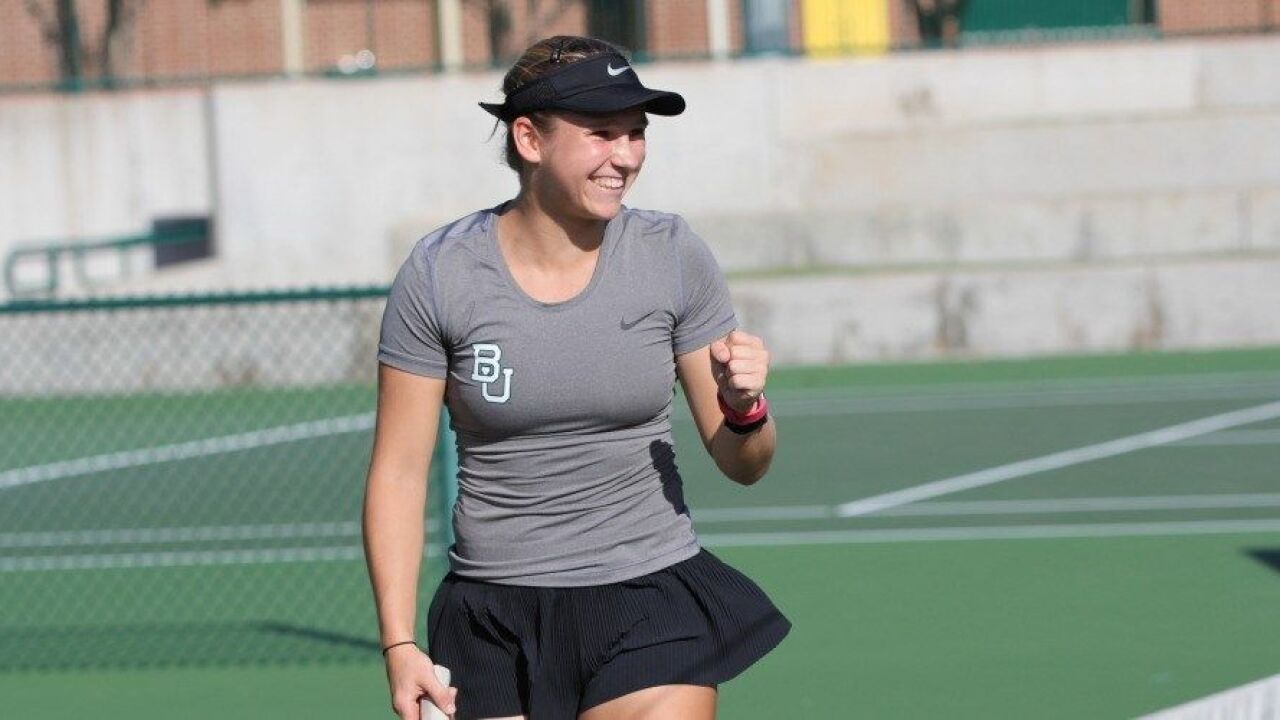 Baylor women’s tennis recorded a dominant 5-0 victory over 49th-ranked Oklahoma on Sunday afternoon at Hurd Tennis Center. The 28th-ranked Bears are 10-10 on the season and 1-3 in Big 12 play following the win.

The Bears carried the momentum into singles action, securing four-straight victories to earn the team result, 5-0.

Hinojosa notched her eighth-straight victory with a dominant, 6-2, 6-0, win against Kaur Sethi on court four. Sophomore Camilla Abbate followed with another two-set victory, 6-3, 6-1, against Brigante on court three.

With the match result on the line, freshman Livia Kraus and sophomore Angelina Shakhraichuk were battling to record the clincher. Kraus came through with a tiebreak victory, 6-2, 7-6 (7-5), against Malene Stripp on court six. Just seconds later, Shakhraichuck closed out her match on court five, 1-6, 6-4, 6-3, over Romero.

“Our team had to look in the mirror and figure out which team they want to be. Right now, it’s kind of fascinating. We’re 10-10, we’ve been incredibly good at times and then other times we haven’t been the best version of ourselves. After Oklahoma State, we were pretty disappointed in the way we handled ourselves on the court. In Baylor tennis, we have really high standards. We’re not thrilled that we’re 10-10 now, so we just have to get back to holding each other accountable and competing at the highest level. And that has nothing to do with winning, it has everything to do with your approach to the game. The girls deserve all the credit for getting their minds right and rising to the challenge.” – Head coach Joey Scrivano