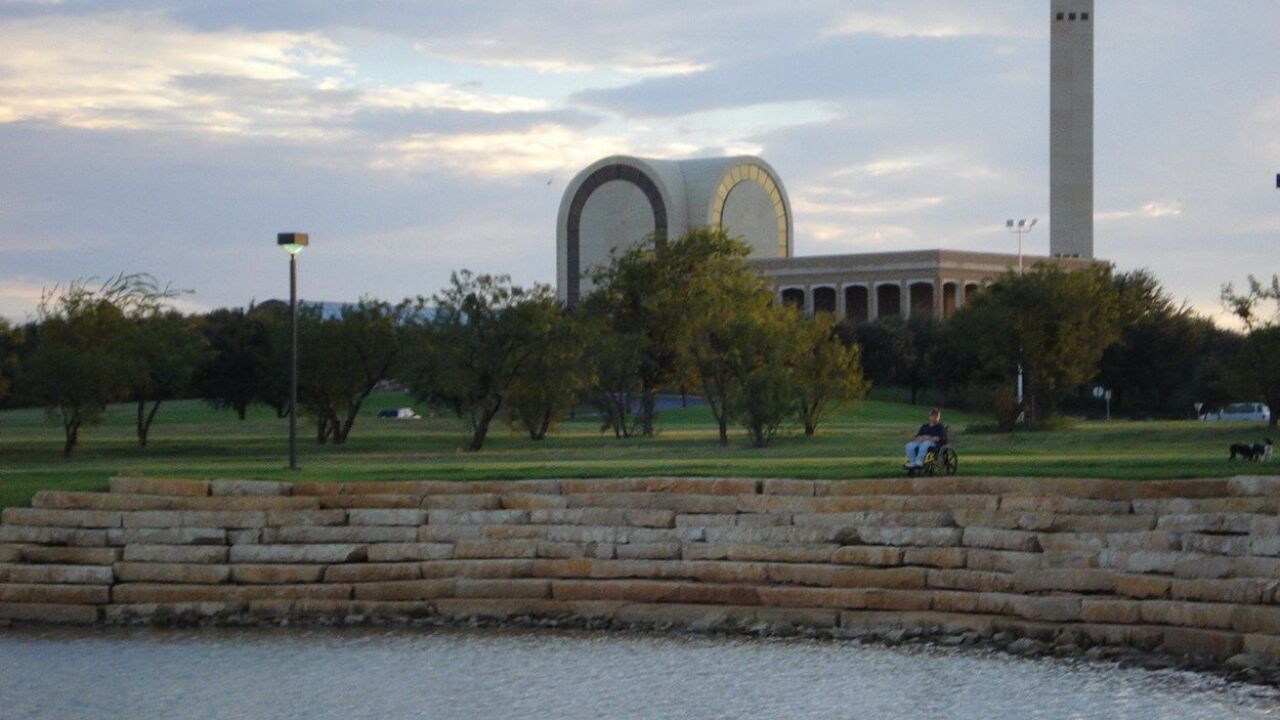 When Ryan Clements, a 25-year-old alumnus of Abilene Christian University, found out his alma mater was planning to ban some students’ same-sex dating relationships, he said it “hit home in a big way.”

Clements, an openly gay Christian, said he felt pained “that a school that I loved and that gave me so much and that I tried to pour myself into when I was there would take this kind of action against students like me.”

The private college in West Texas, affiliated with Churches of Christ, said earlier this month it would bar student employees from dating people of the same sex. The policy already applies to faculty and staff at Abilene Christian. And a school conduct code has, for years, said sexual relations should only take place within a marriage between a man and a woman.

Many religious colleges across the country have similar rules about same-sex relationships and pre-marital sex. Though Abilene Christian’s policy goes further than some – banning same-sex dating, not just sex – they’re not the only faith-based institution that’s faced questions in recent years about how their policies fit into a changing social landscape.

“Societal norms change and adjust,” said Phil Schubert, president of Abilene Christian, which enrolls about 5,000 students. “We’ve heard from some that are upset we’re not taking a more open and affirming approach,” and others who worry the school is becoming too permissive of actions “inconsistent with our theology.”

Walking that tightrope has proven difficult for religious schools. Some schools, like Baylor University and Abilene Christian, have tried to rejigger their conduct codes. But attempts to revise those policies can draw scrutiny and media attention – and can call up a litany of questions about how these rules can be enforced.

Does Abilene Christian’s policy “mean that if two guys go to a movie together, are they suddenly in a same-sex romantic relationship?” asked Clements, who is now a graduate student in New Jersey and started a Facebook group opposing the change. "Is it hand-holding? That you're going to have administrators walking around looking for men holding hands or women holding hands?”

It could, he said, “potentially turn into a witch hunt.”

"Carrying out the mission”

Schubert said the same-sex dating ban will be enforced on a case-by-case basis and will take effect next fall. It follows years of discussion and fits into the school’s broader attempt to be more inclusive, he said.

The student handbook will be revised over the summer to clarify that students who aren’t employees are free to be in same-sex relationships so long as they’re not sexually-active – the same expectation the school has for heterosexual students who are not married.

But the school’s website has already been updated to say that certain student employees – those “asked to exemplify and support the university’s mission” – will be barred from dating people of the same sex, just like faculty and staff have been for years.

“Our goal here is not to place an undue restriction on students,” Schubert explained, “but we're recognizing that employees, we believe, are asked to do something different in terms of carrying out the mission of the institution and delivering the educational experience that we're offering."

For students filling resident assistant roles, or others that are public-facing, it’s important that they “live a lifestyle that is consistent with the values that we espouse at Abilene Christian,” he said.

Details about which student jobs will be subject to the dating prohibition will be released in the coming months. And Schubert has already said that some positions will be exempt because oversight bodies like accreditors and the NCAA “have certain standards that they are also interested in ensuring are in-place and intact.”

“We want to be careful that in those circumstances and situations that we are not taking any positions that are contrary with the standards that we've agreed to uphold,” Schubert said.

The NCAA referred questions about the dating policy to Abilene Christian officials.

While school leaders are reluctant to risk losing their accreditation or ability to participate in the NCAA, they seem less worried about being policed by the U.S. Department of Education.

A federal statute enacted in 1972, Title IX, bars colleges that receive federal funding from discriminating on the basis of sex. The statute is now widely understood to ensure students are treated equitably in housing, admissions and athletics regardless of their gender identity, too.

But while school officials' say their first reaction is "not exclusion but to love," Kevin Campbell, a vice president there, said it's unclear if Title IX protects students on the basis of their sexual orientation. Further, he said Abilene Christian – like other religiously-affiliated schools – has a ready-made exemption to parts of the statute that campus leaders believe are incongruous with their faith.

This carve-out was little-known before 2015, when a report from the Human Rights Campaign noted that dozens of faith-based schools had asked the federal government for waivers confirming they need not comply with parts of the statute. More than 253 exemptions, including for East Texas Baptist University and Howard Payne University, had been granted by 2016.

Some of the state's most prominent religiously-affiliated schools — Texas Christian University and Southern Methodist University — did not have exemptions as of that year.

The religious exemptions have been used to exclude “women from particular courses of study that are designed to further priesthood or ordination,” or to offer different counseling for male and female students about their career trajectories, said Kif Augustine-Adams, a law professor at Brigham Young University.

Augustine-Adams said no waiver has ever been denied, and that the ones issued serve as a kind of “formal assurance” that documents schools' exemption.

Abilene Christian has no plans to apply for a waiver. But LGBT-rights advocates and some students say the ban still amounts to discrimination.

Shane Windmeyer, a founder of the national advocacy group Campus Pride, said religious exemptions can be "a way to discriminate against a group of people."

"Just because you say that your religious faith or your religious belief doesn't allow you to have an openly LGBT person on your campus, I don't care how you say it, is discrimination," he said. "Whether you can legally do it or not, we're going to call you out on it."

Clements said the members of his Facebook group, now numbering more than 1,400, hope to change Abilene Christian's policy through dialogue, not protests or threats.

“We were not sitting in those meetings with the senior leadership team, so we're not just going to assume what their intentions are,” he said. “We understand that ACU has this particular identity, and we're not necessarily looking to change that identity. What we do want though is for the campus to be a safe space for all students.”

Disclosure: Baylor University, Texas Christian University and Southern Methodist University have been financial supporters of The Texas Tribune, a nonprofit, nonpartisan news organization that is funded in part by donations from members, foundations and corporate sponsors. Financial supporters play no role in the Tribune's journalism. Find a complete list of them here.

This article originally appeared in The Texas Tribune at https://www.texastribune.org/2018/03/23/abilene-christian-university-bans-same-sex-relationships/.