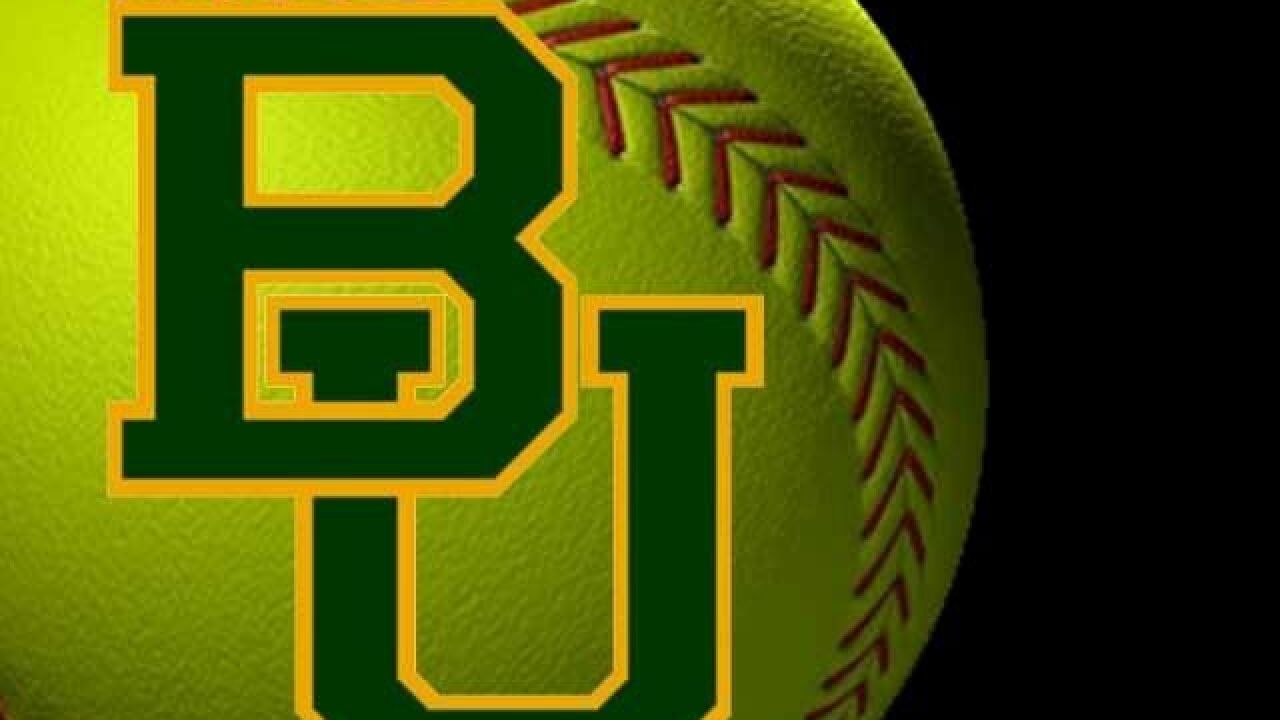 No. 14/14 Baylor softball (26-5) was lifted by solid pitching and timely hitting, taking a 4-1 win over Sam Houston State (12-15) on Tuesday evening at Getterman Stadium.

Kelsee Selman (13-2) was dominant in the circle, pitching 5.1 innings of shutout work with nine strikeouts and no walks on three hits.

Shelby McGlaun closed out the final 1.2 innings, earning her second career save and allowing the lone Bearkat run on a solo home run.

The Baylor bats struck early in the bottom of the first, with Jessie Scroggins and Kyla Walker leading off the frame with back-to-back singles.

Ari Hawkins used a sac bunt to push both runners into scoring position, setting up for a sac fly from Shelby Friudenberg to grab the 1-0 lead for BU.

Back in the bottom of the fifth, Riley Browder legged out an infield single, with Scroggins following up with a bunt single.

A double steal put both runners in scoring position, proving crucial on the next batter when Shelby Friudenberg drilled a double to the gap in left center, scoring both runners to push the Lady Bear lead to 3-0.

After the Bearkats cut the lead down to 3-1 in the top of the sixth on the solo home run, the Lady Bears took the run back in the home half of the frame.

With Taylor Ellis reaching on a SHSU error, Lindsey Cargill moved her over to third on a double to left field.

A walk for Browder loaded the bases, allowing a groundout RBI by Scroggins to score Ellis, taking the lead back to three at 4-1.

McGlaun recovered from a leadoff single in the top of the seventh, forcing two fly outs and a groundout to close out the win for BU.

Jessie Scroggins accounted for three of Baylor’s four runs, scoring two herself and driving in one.

Riley Browder made her ninth career start and her first of 2017, going 1-for-2 at the plate and scoring a run.

Shelby Friudenberg extended her on-base streak to 28 games, and counting. The junior slugger now holds sole possession of the No. 2 spot in the Baylor program’s record book, passing Kaitlyn Thumann (26, 2014) and Kathy Shelton (26, 2011-2012). She now trails only Thumann for the program record, who had a 44-game streak stretching across the 2013-2014 seasons.

"I'm kind of just taking it pitch-by-pitch. I feel like I'm seeing the ball really well. I'm trying to concentrate on going to right field more than pulling it, and just getting on base instead of hitting home runs." – Baylor infielder Shelby Friudenberg

"First of all, hats off to Sam Houston State. Coach Brock always brings a good team here, and they're always competitive. It makes us better, and fortunately we were able to get the win. We were able to get some good work out of Selman, which we needed to get her tuned up. She gave up three hits, but I thought she looked much better today than she looked over the weekend, which wasn’t bad. She just looked better today. We were a little undisciplined today. As a coach, it gave me an opportunity to point some things out to our team that we really have to brush up on. Whether its lazy leads, not being in the right position for backups, or being undisciplined batting, we just weren’t locked in tonight from a hitting stand point. I don't want to sound like it was a train wreck, but that's the way we have to win in Big 12. Hopefully we can brush up on some things and be a better team this weekend." – Baylor head coach Glenn Moore