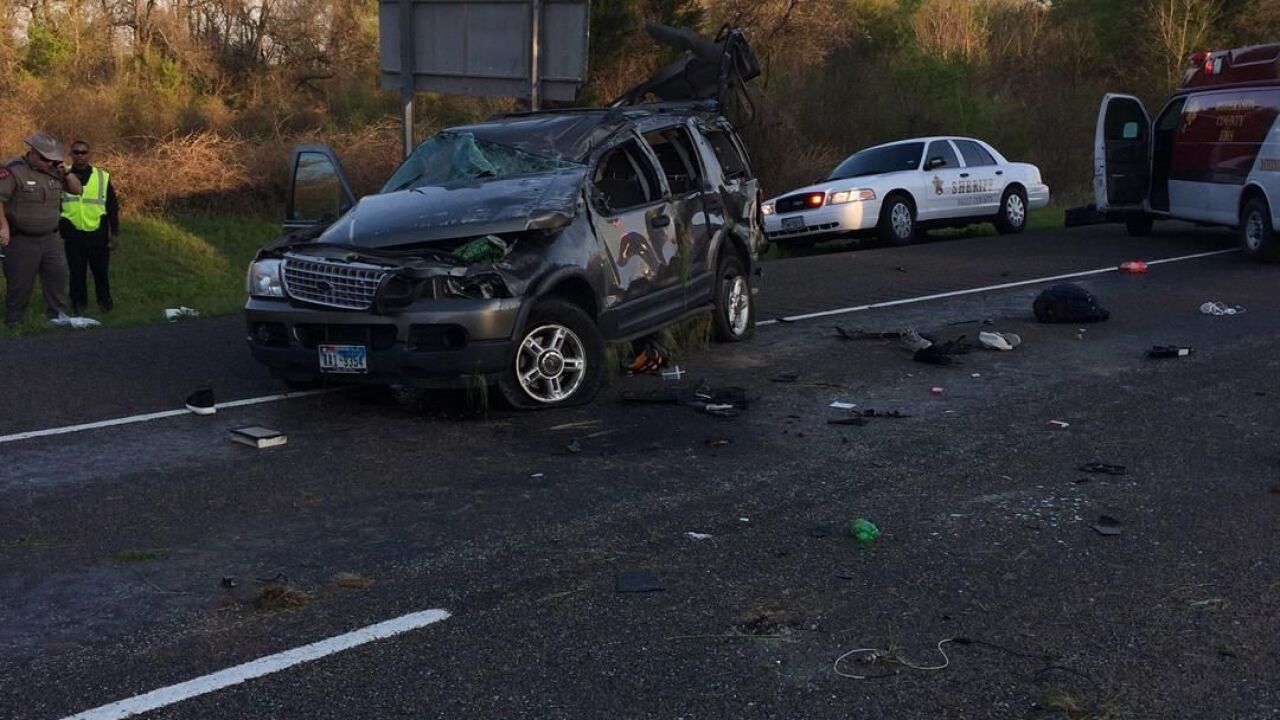 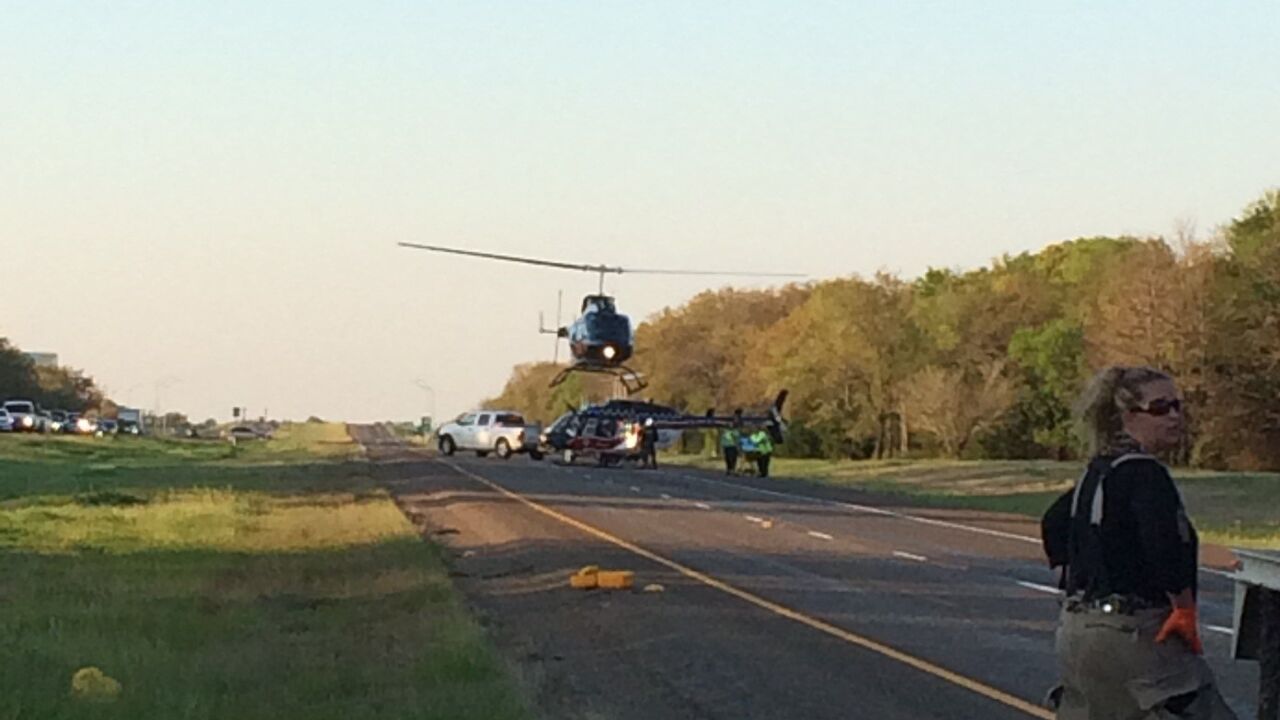 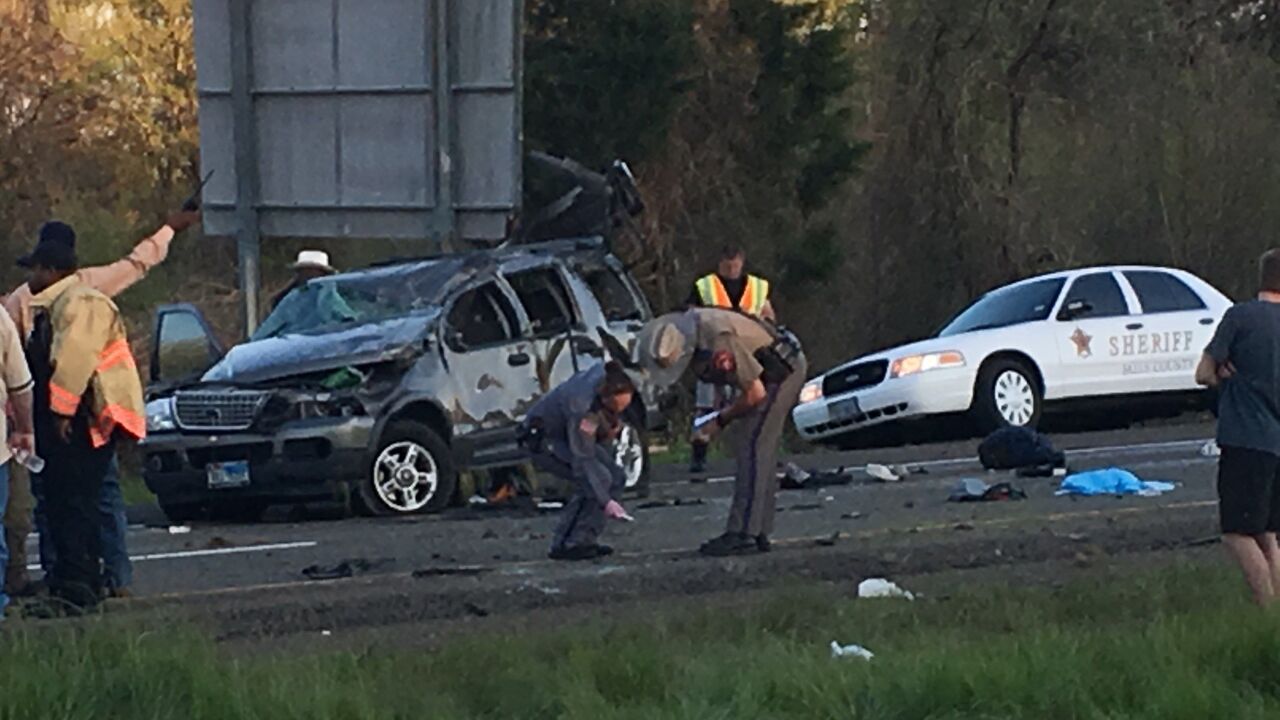 A 19-year-old is dead following a major crash on Highway 6, just three miles south of Marlin.

Department of Public Safety identified the 19-year-old as Marco M. Moner from Cypress.

Both northbound and southbound lanes were closed Wednesday afternoon to make room for four emergency helicopters.

Falls County officials said that the wreck happened in the southbound lane. The driver of a Ford Explorer was traveling southbound when a tire blew out. The SUV began to roll over multiple times, DPS said. It landed upright in the northbound lanes.

Five out of the six people from the SUV were ejected, according to DPS.

Four were flown to area hospitals. Ambulances took two others to the hospital.

DPS said all six passengers were males ranging from ages 17 to 19 from the Houston area.

DPS is investigating the crash.