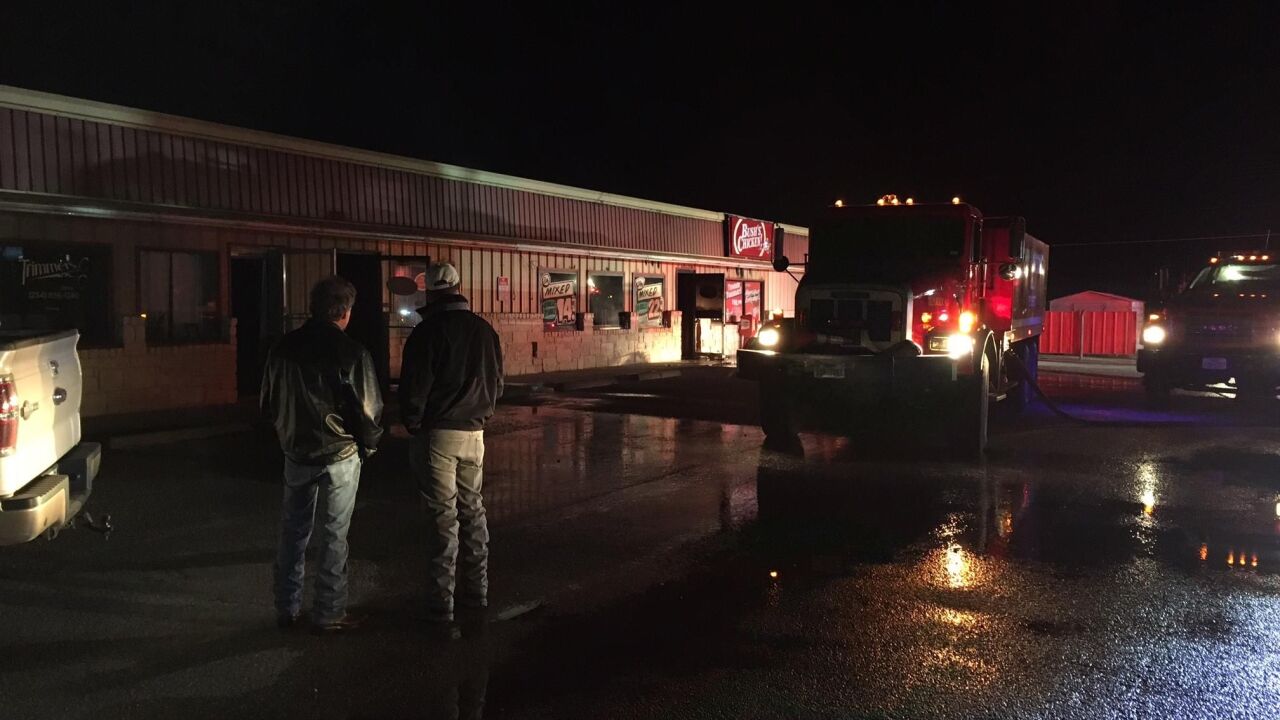 Firefighters were working to find out what caused a Bush's Chicken restaurant in China Spring to go up in flames early Wednesday morning.

The call came in around 2:40 a.m. at the Bush's Chicken on China Spring Road and Baylor Camp Road.

China Spring Fire Chief Scott Needler said firefighters saw smoke coming from the front, back, and side of the restaurant when they arrived.

As they got a closer look, Needler said, they saw flames coming from the back.

Firefighters from China Spring, Valley Mills, Speegleville, and Waco worked to put out that fire.

As of 4:30 a.m., Needler said the fire was under control. There were still some hot spots inside.

Needler said no one was hurt and they don't believe there was anyone inside at the time of the fire.

It's unclear just how much damage the fire left behind.

The cause of the fire is under investigation.