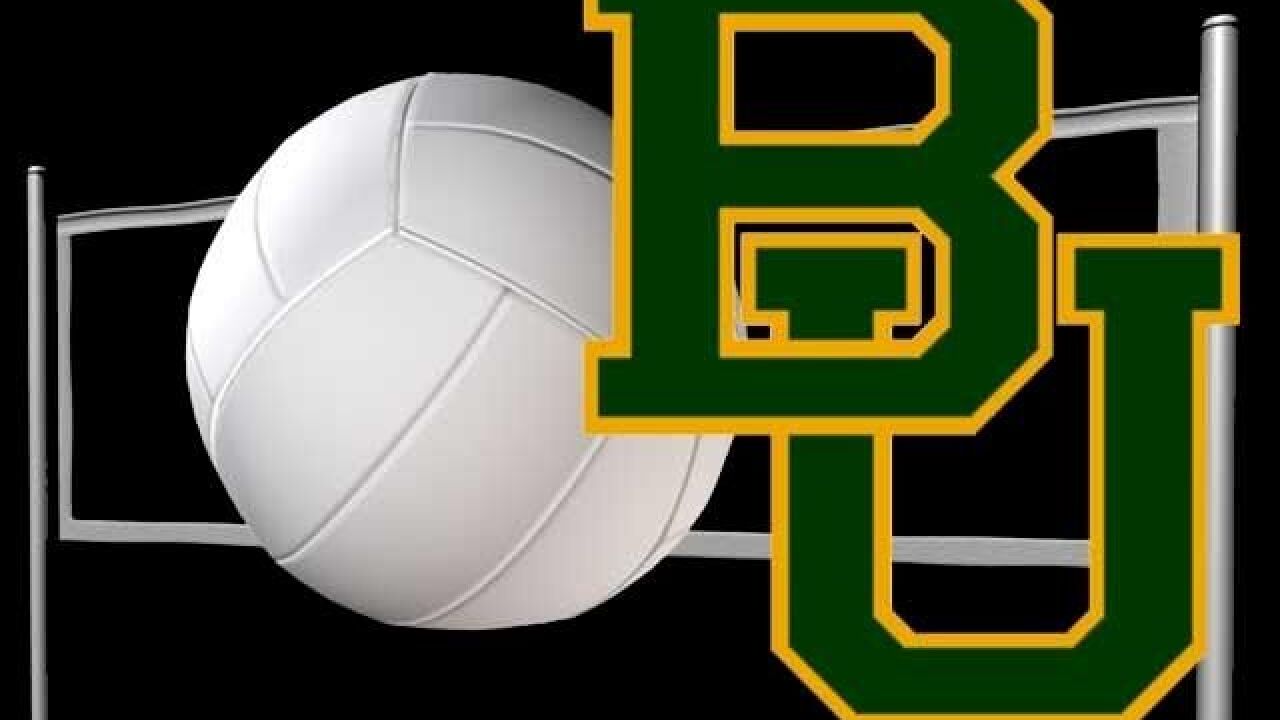 Jana Brusek, Ashley Fritcher, and Katie Staiger were all named to the 49-member first team, with Baylor placing at least three on the first team list for the fifth-consecutive season.

Fritcher (Speech Pathology), a sophomore, earned her first Academic All-Big 12 honors in her first year eligible for the award.

All three student-athletes earned spots on the Academic All-Big 12 Rookie team in their respective freshman seasons.

First team members consist of those who have maintained a 3.20 or better GPA while the second team selections hold a 3.00 to 3.19 GPA.

To qualify, student-athletes must maintain a 3.00 GPA or higher either cumulative or the two previous semesters and must have participated in 60 percent of their team’s scheduled contests.

Freshmen and transfers are not eligible in their first year of academic residence. Senior student-athletes who have participated for a minimum of two years and meet all the criteria except percent of participation are also eligible.