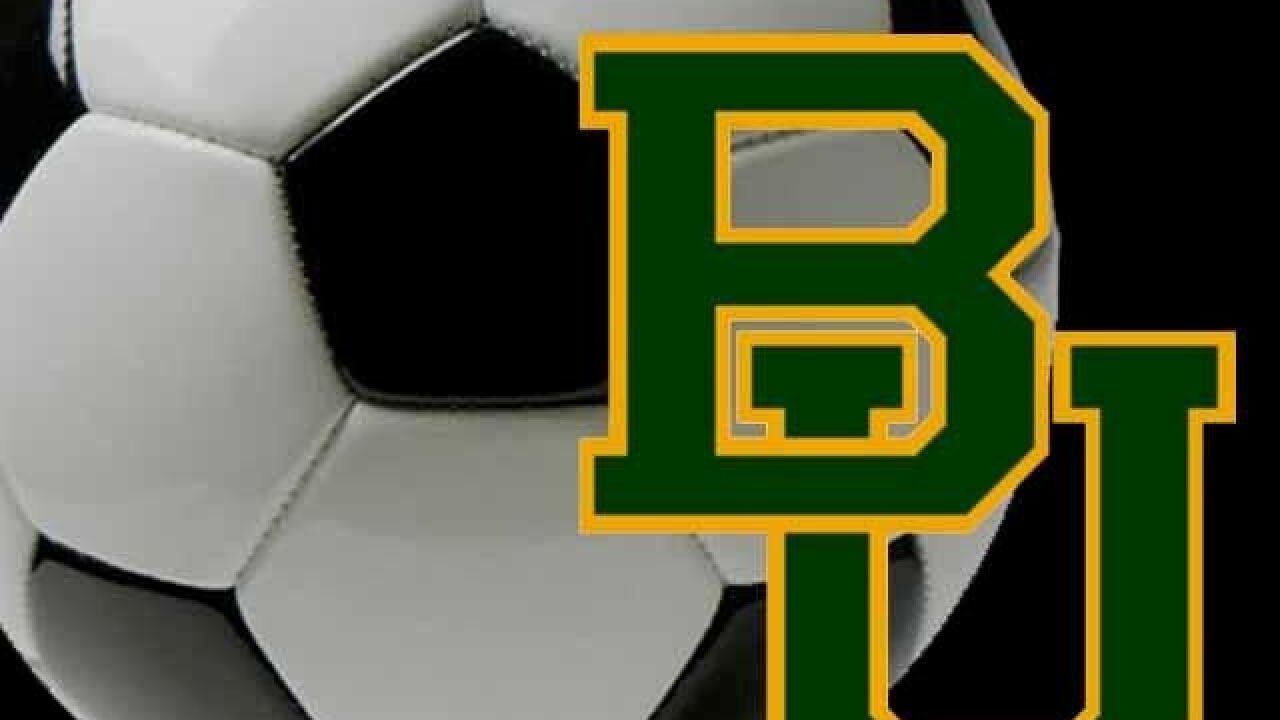 In the seventh minute, King executed a quick throw-in from the left corner in OU territory to Julie James, who fired a shot in the box from the left wing that was deflected by the goalkeeper.  Fortunately, Raegan Padgett was there to poke in the rebound for a 1-0 lead.

The Sooners responded quickly with a goal in the 10th minute by Liz Keester, and the 1-1 score stood until the 71st minute.  Off a BU corner kick by Ashley York, James had the first touch in the box and passed to King for the game-winner in front of the net.

*Freshman forward Raegan Padgett scored her second goal of the season for her seventh point.

*Martinson made her 27th career start as goalkeeper to move into a tie for sixth all-time in career goalkeeper starts at BU.

3 – The amount of points by Sarah King in the match as she was part of both goals.

“This is a great result for our girls.  They deserved it.  I’m not taking anything away from OU – they’re a great team.  We just battled and locked down defensively really well.  We came out with a big win, doing what we needed to do to win the game.  Now we turn around and get ready for another great team on the road at Texas Tech on Sunday.” – Head Coach Paul Jobson

Baylor ends its four-match road swing with a 1 p.m. CT match at Texas Tech on Sunday.