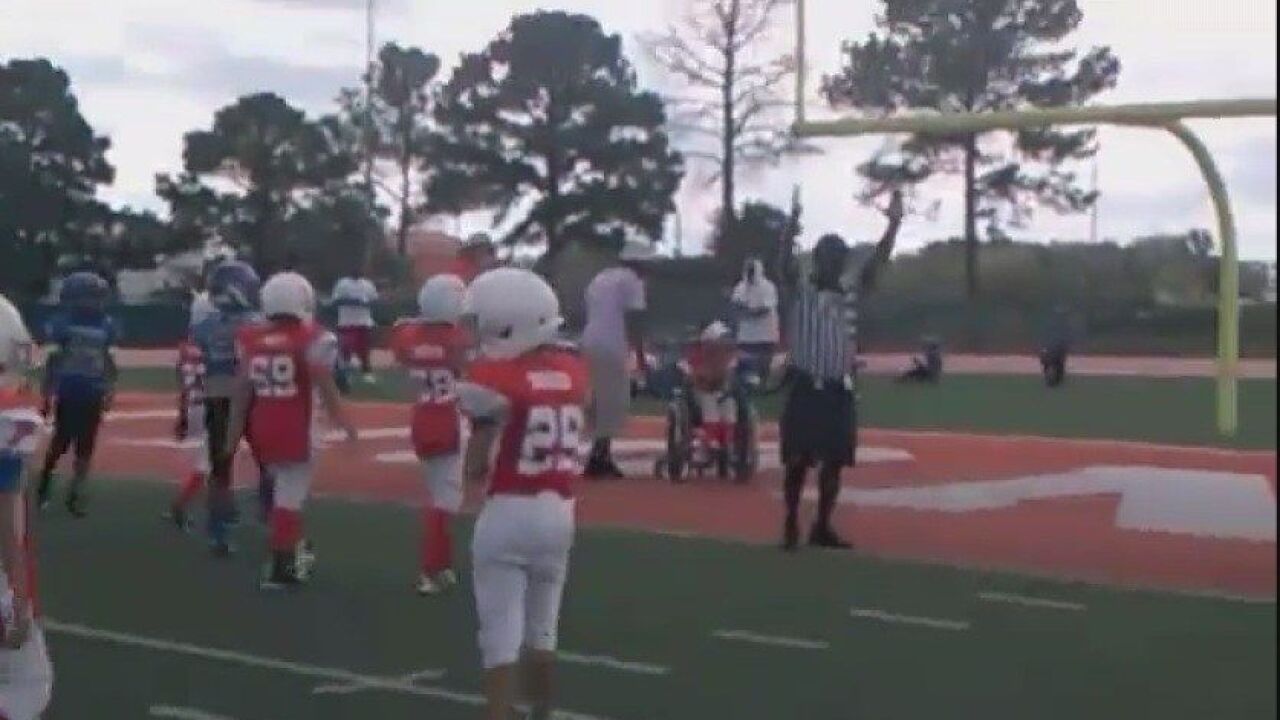 The mother of a 9-year-old special needs child from Teague is grateful after a Teague Youth Football team helped her son score a touchdown last Saturday.

Jerry Smith is the third grader and the water boy for the junior team, according to his mother Johnna Smith.

Smith who recorded the video of that moment said she was notified a few minutes before the touchdown took place. She said it happened before the end of the game against the Crockett Crusaders.

“I feel very blessed those type of people around me. Being able to do something to make him happy, something that he can’t normally do and they all came together and make it happen for him,” Smith said. “As a mother I was very happy, emotional.”

Smith describes Jerry, who loves sports, having a big smile as he scored the touchdown in his wheelchair. She said it was one of the happiest moments he has ever had.

“All the horrible thing you see nowadays and all these kids came together and made my son feel included, like he was actually playing football,” Smith said.

The Teague Youth Football and Cheer Association wrote on a Facebook post: “I want to give a shout out to Crockett Crusaders for making a special day for one of our players Jerry Smith and scoring touchdown in their game.”

Jerry’s mother is thankful too.

“Everybody coming together like that trying to make a little boy happy, it was great,” Smith said.