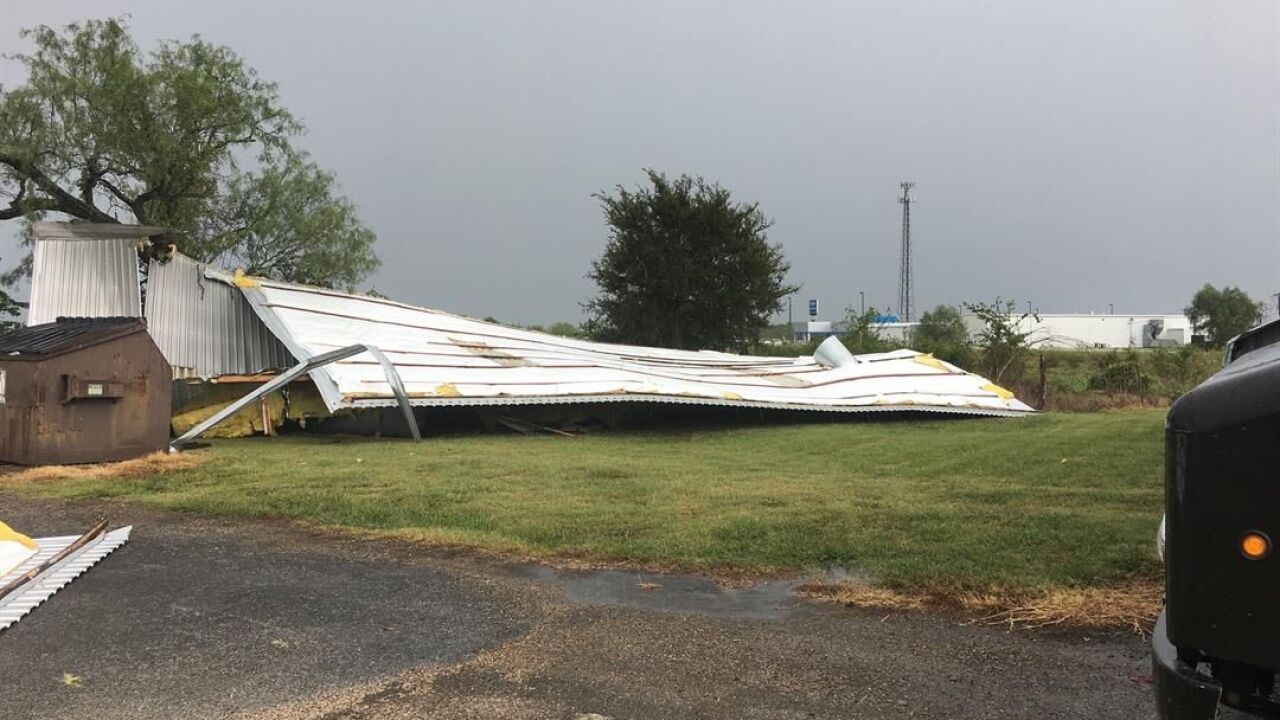 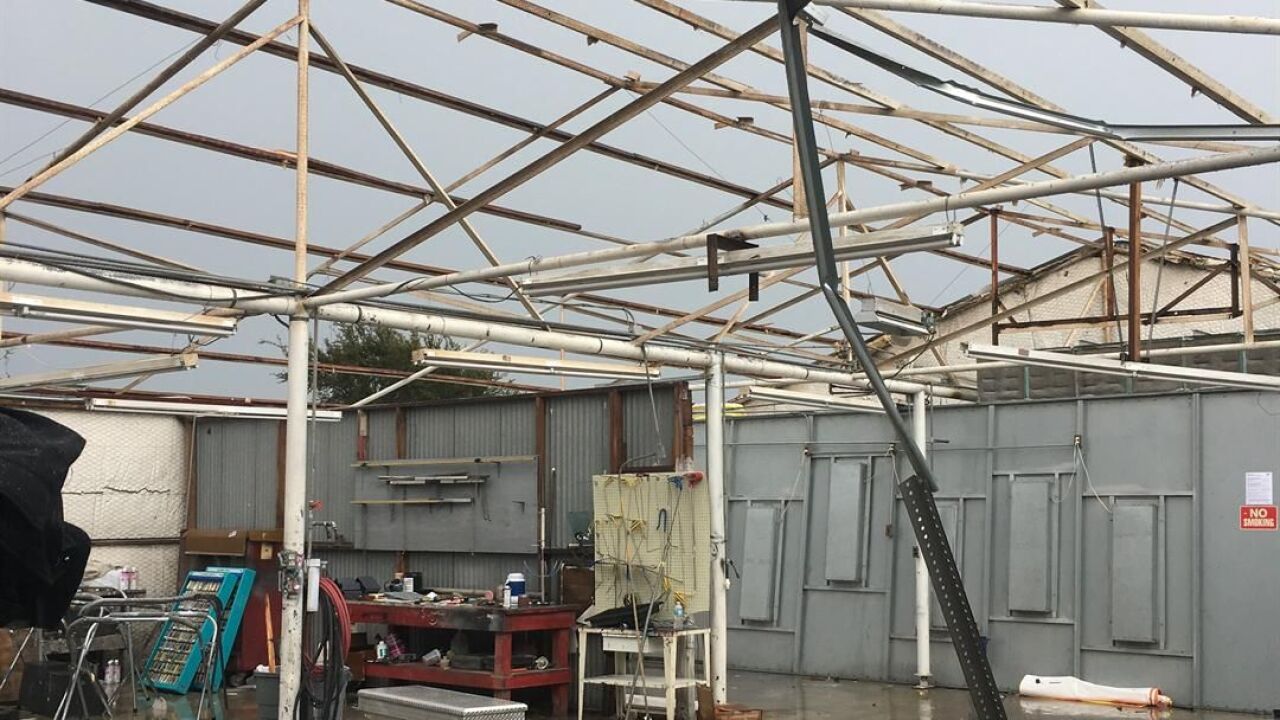 In Marlin, several residents saw snapped trees and power outages. One business owner even lost the roof to one of the buildings.

Monty Glover said he was not in Marlin, but waiting out the rain delay at McLane Stadium in Waco.

"Everything I know about last night is second-hand because I was at the Baylor football game left my cell phone at home," Glover said.

Glover was unaware that just miles down the road winds and heavy rain battered the town. One of the managers at Glover Ford, Lorne Guitzkow, was home when the storm rolled in.

"Oh the winds were terrible- I saw a tree get lifted in the air and slammed to the ground broke a branch off,” Guitzkow said.

Just before 8:00 p.m. Guitzkow got a text from his wife, “Something had happened,” the text read. And right after that he got the picture of the roof of the Ford Auto Body shop on the ground.

Guitzkow said he immediately walked out of the door and called other employees to come down to the dealership to help out.

When he arrived, he began to assess the damage. “Nothing looked out of place on the inside it looked like somebody came with a can opener and took the roof off,” Guitzkow said.

It wasn’t until hours later that Glover returned to Marlin, and his wife told him about the damage. Glover expressed his gratitude that his employees all stepped up in his absence, lending a hand.

Glover said Monday morning roofers are scheduled to look at the building. After their assessments, he will decide the businesses next steps. Until then, Glover said he’s counting his blessing.

"It was just a stroke of luck that there were no customer cars inside the vehicle at the time I can't even tell you when the last time that happened is so that was really lucky,” Glover said.

The rest of the Glover Ford Dealership will reopen Monday.