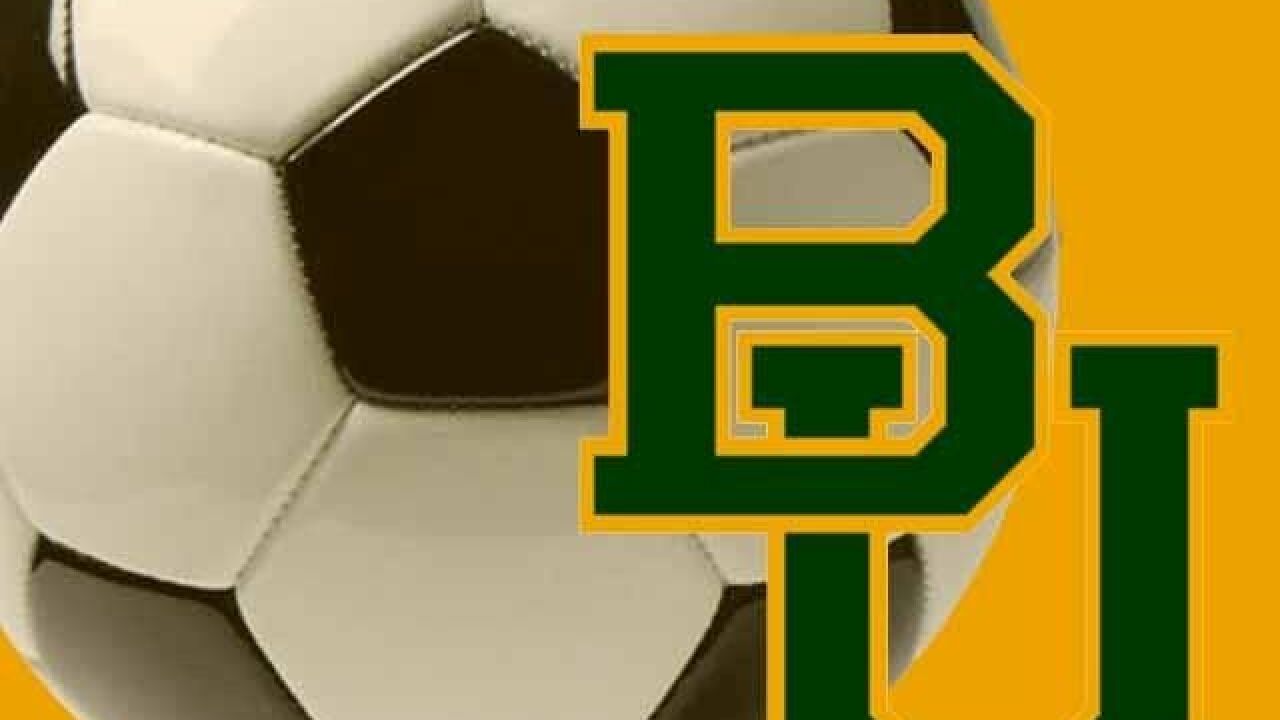 Baylor soccer played Texas to a 1-1 tie in the Big 12 Conference opener for both teams on Friday evening at Betty Lou Mays Soccer Field.  The Bears (7-3-1, 0-0-1) trailed the Longhorns (6-3-1, 0-0-1) briefly before knotting the match as neither squad was able to score again.

After a scoreless first half, Texas opened up the second with a 47th-minute goal on a turnover in BU territory that was put home by Katie Glenn.

Baylor quickly responded in the 53rd minute, though.  Raegan Padgett dropped a cross from the right wing to Sarah King on the left wing.  King then dribbled into the box and passed to Caitlin Schwartz for an eight-yard strike to the back of the night from the right side of the box.

Each team had a shot on goal in the first overtime period, but no shots in the second OT.

*Junior transfer defender Caitlin Schwartz scored her first career goal at Baylor for her second point.  The goal was her third in her college career as she scored one each in 2014 and 2015 at Sam Houston State.  She now has seven career collegiate points.

*Freshman forward Raegan Padgett had her third assist of the season for her fifth point.

6:20 – The amount of minutes and seconds it took Baylor to get the equalizer, and the only amount of time Baylor has trailed at home this season in five matches.

“I was proud of our team for picking it up after we gave up that goal. I was proud of Caitlin (Schwartz) for stepping up and scoring a big-time goal. I was proud of the team and how they picked it up after that. I think we do better starting the second half, then it’s probably a little different game. Obviously, defensively, I thought we played really well. I mean, Texas is a very good team. There’s not going to be any weak teams the rest of the way through here (in Big 12 play), and I think we were definitely prepared. I thought we played well, and I think the score is really evident of the game.” – Head Coach Paul Jobson