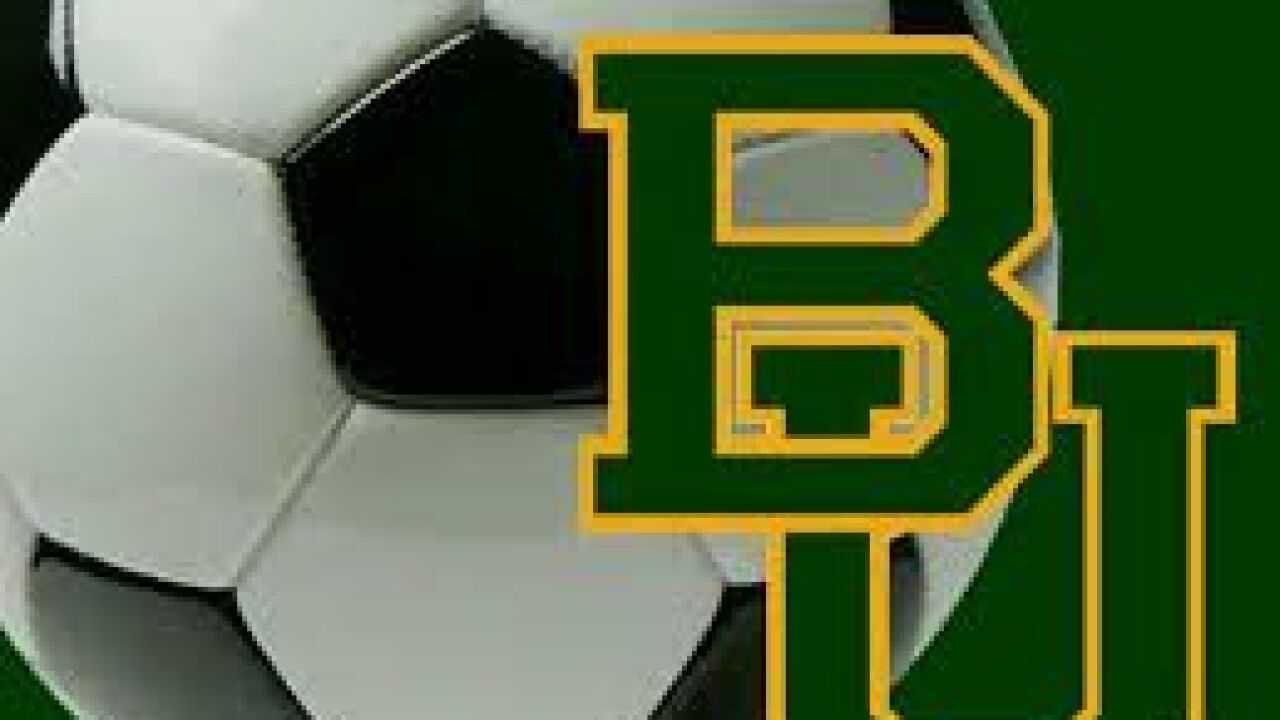 The Bears took an early lead in the ninth minute during the run of play as Ariel Leach served a low cross from the left wing to Julie James, who put a foot on the ball to send it past the goalkeeper’s left side.

In the 65th minute, Baylor used a set piece off a corner kick to score.  Ashley York took the corner and James was once again on the receiving end of a nice pass as she jumped over a couple defenders for a header.

BU ended the game with an exclamation point, scoring in the 90th minute.  Ashley Thornhill dropped a long pass from midfield into the HBU zone for Raegan Padgett, who was one-on-one with the keeper and blasted a shot from about 15 yards out to the top left side of the net.

*Sara Martinson and Rebecca Gartner combined for a shutout as each played one half, with Martinson getting the start, win and making all three of BU’s saves.

2 – The amount of goals scored by Julie James.

“With these exhibitions, I’m not as concerned with the score as what we get out of these games. I think we learned a lot from Thursday night, playing the Dash and we brought a lot of that into this game. We have a lot of respect for Misty [Jones] and her team with what they do. That is why we like to play them. They bring a challenge to us at every position. They are a tough team and they battle hard. That’s what we needed to see tonight.” – Head Coach Paul Jobson