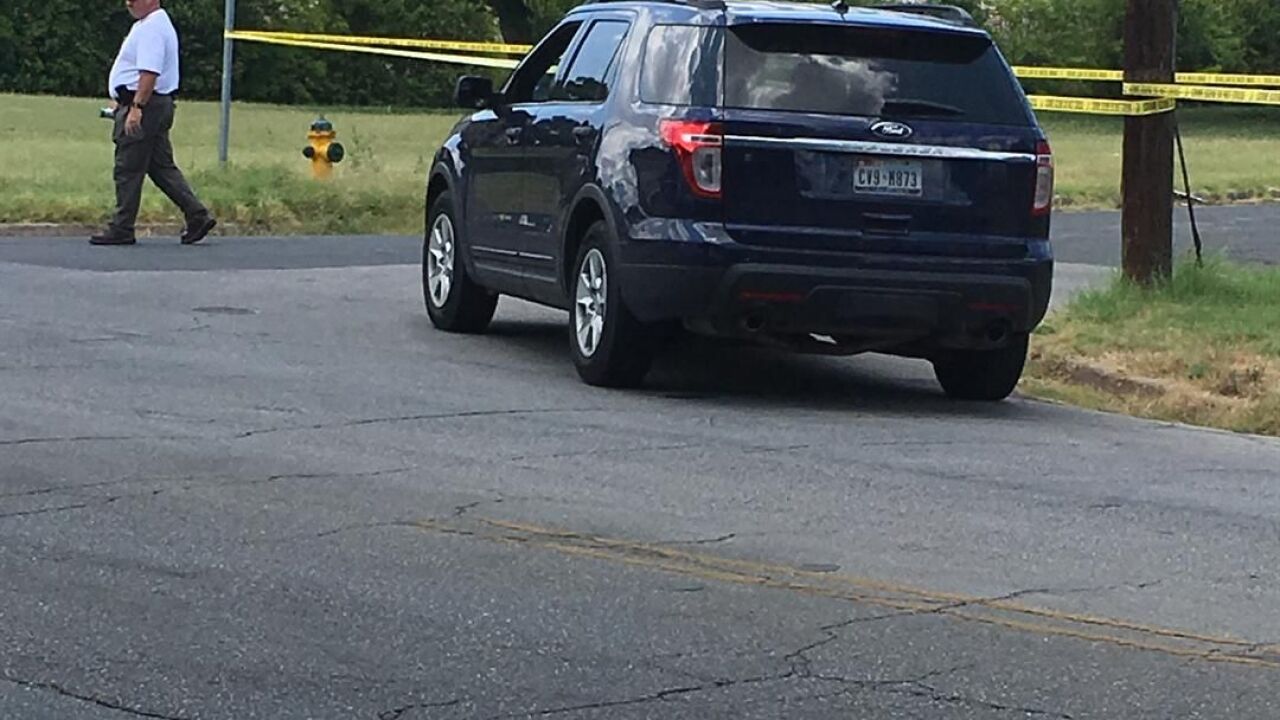 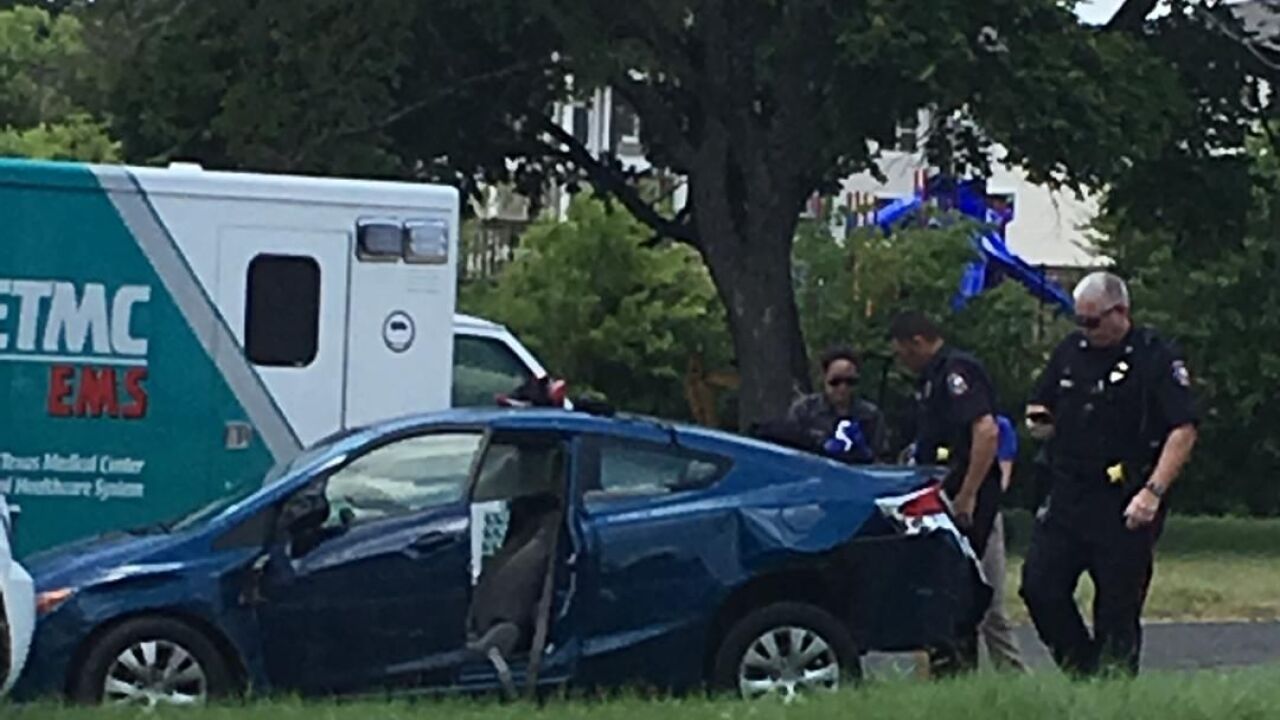 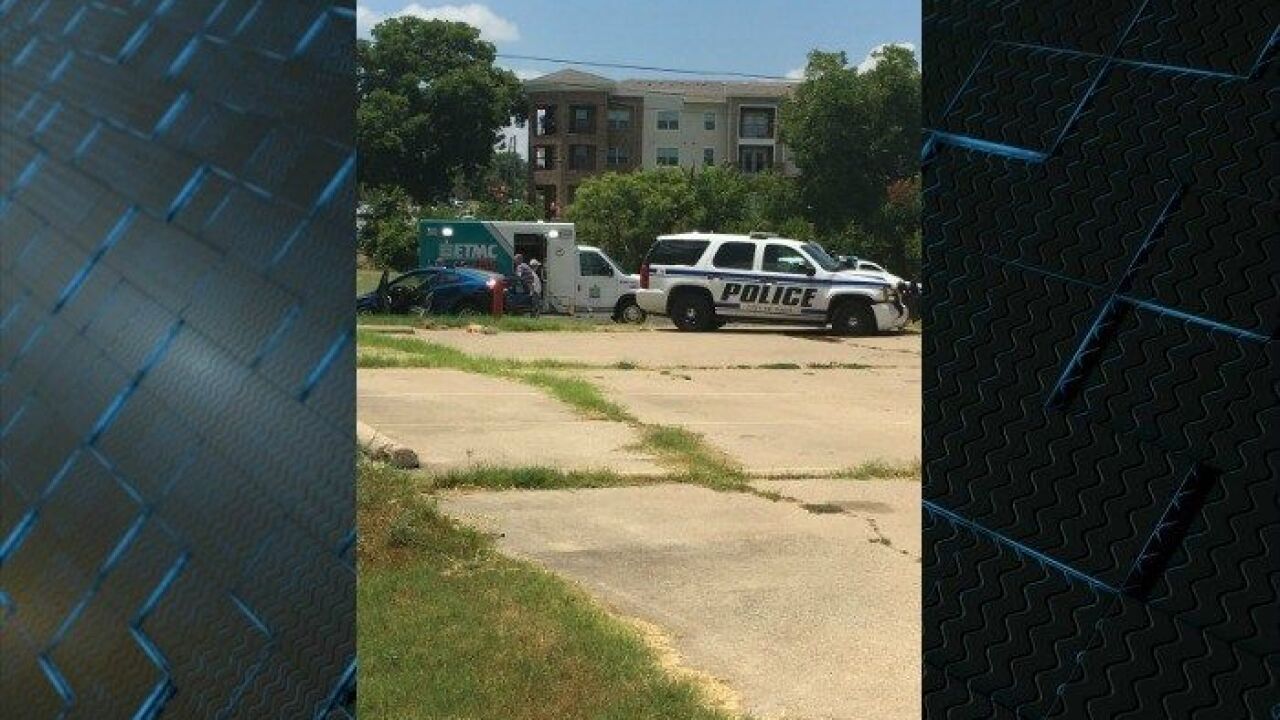 An officer stopped a high speed chase by hitting the vehicle in the corner of 7th St and Colcord in Waco on Wednesday.

Officers were responding to an Aggravated Robbery call after 12:30 p.m. where two men, identified as Jesse Felan Jr., 30, and Nicolas Hernandez,20, armed with handguns, forced their way into the home, taking cash and the victim's keys. The men fled from the scene.

Officials said the men then robbed a woman of her blue car on MacArthur St. and Edna. The woman had a child in the car with her. The men held a gun to the woman's head and took her car.

One suspect took off in the first car, the second suspect taking the woman's car.

The woman and child were uninjured.

Officers spotted the woman's car near 18th St. and Wilson Ave. and a pursuit was initiated after the stolen vehicle failed to stop for officers.

Police believe that Felan and Hernandez's vehicle struck at least three other vehicles during the pursuit.

The pursuit ended when the suspects lost control of the vehicle near 7th and Colcord.

A police officer deployed his car in an attempt to stop the suspects. The officer sustained minor injuries.

The men complained of minor injuries and were medically cleared before being placed in the McLennan County Jail.

The men were charged with two counts of Aggravated Robbery.