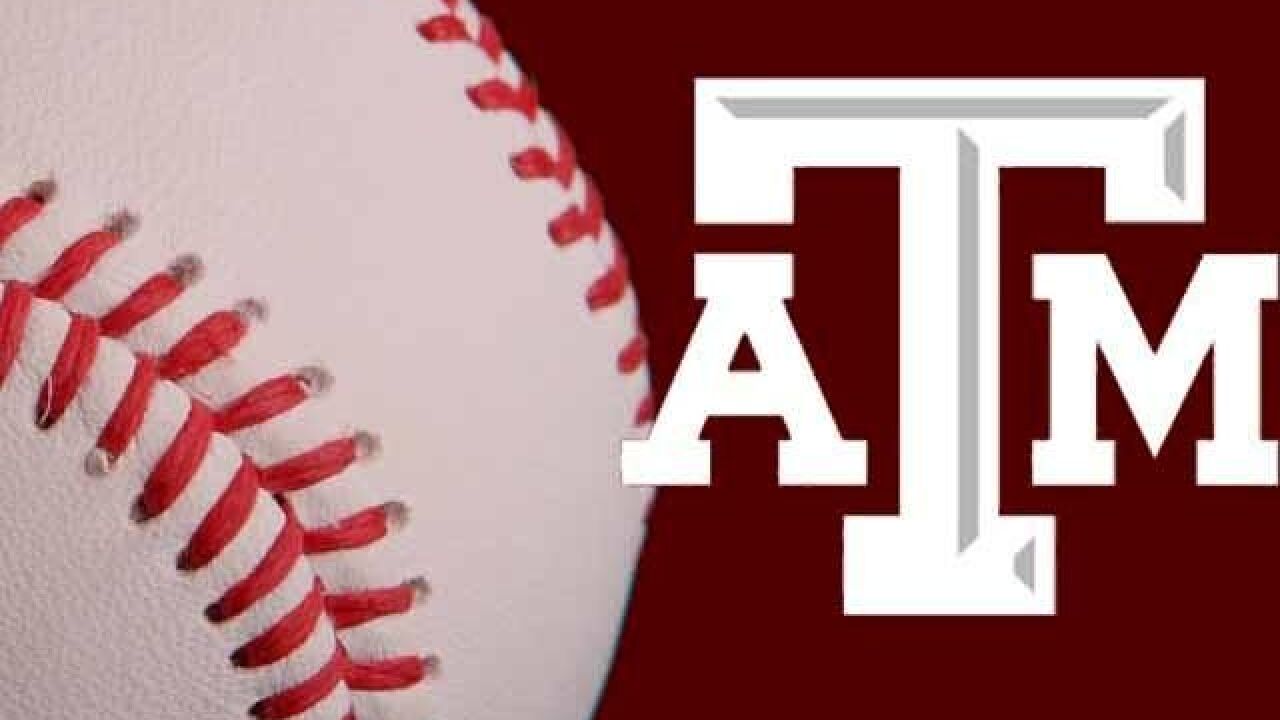 COLLEGE STATION, Texas – The Texas A&M Aggies had their season come to a close Sunday with a 4-1 loss to the TCU Horned Frogs in a rubber match of the College Station Super Regional on Olsen Field at Blue Bell Park.

TCU (47-16) scored the decisive three runs in the top of the seventh. A pair of Aggie relievers who had issued just 12 walks in 92.2 innings all season were squeezed for three walks in the frame. The Horned Frogs scored runs on a bases-loaded walk issued by Andrew Vinson to break a 1-1 tie. Mark Ecker came on to relieve Vinson and yielded a sacrifice fly to Cam Warner and uncorked a wild pitch to allow the final run to score as TCU mounted a 4-1 lead.

Texas A&M (49-16) broke the scoring seal in the first inning. J.B. Moss led off the frame with a single and moved to second on an error by a grounder hit by Nick Banks. A groundout by White pushed both runners into scoring position and Ryne Birk knocked Moss in with a sacrifice fly.

The Horned Frogs tied the game in the top of the fifth. Watson led off the inning with a single to rightfield. Watson moved to third on a one-out infield single by Ryan Merrill and a groundout by Connor Wanhanen. He would eventually come home to score the equalizer on a passed ball.

Vinson (4-3) was saddled with the loss for Texas A&M. He was tagged for three unearned on one hit and two walks while striking out two in 1.2 innings.

Turner Larkins was solid in the start for the Aggies. He worked 4.2 innings, allowing one unearned run on five hits and one walk while striking out four.