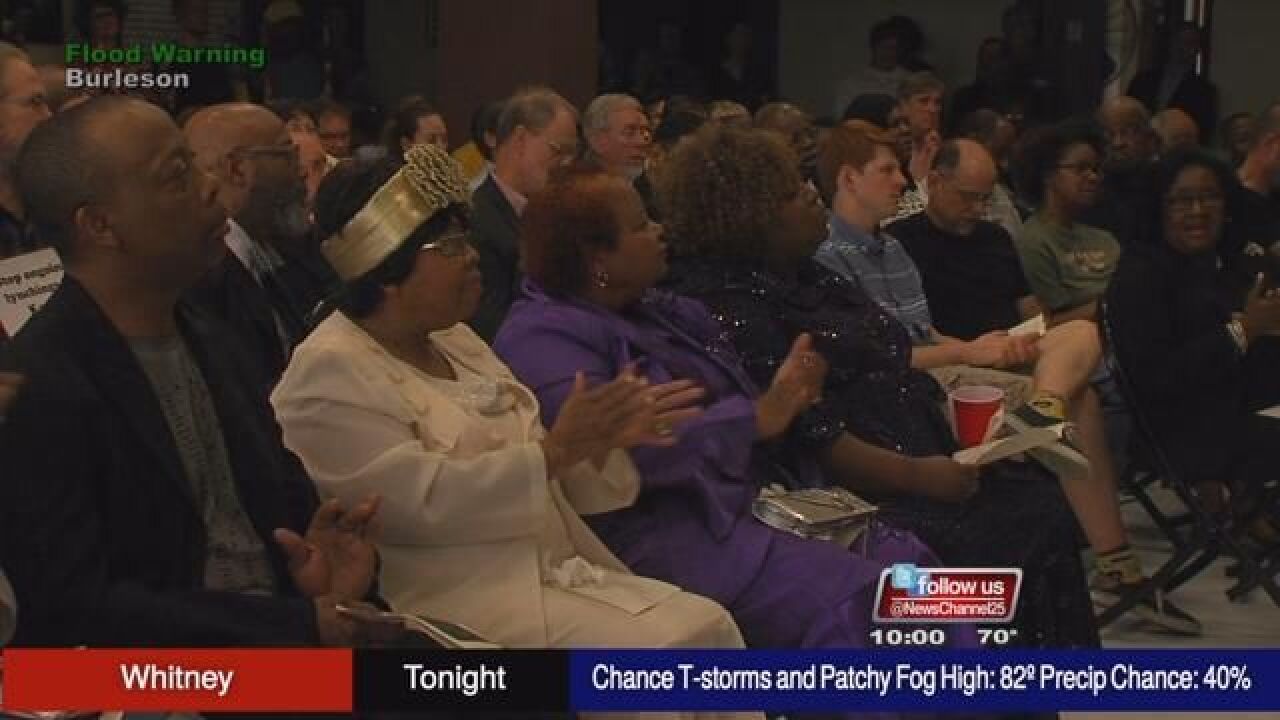 May 15th marks the 100th anniversary what’s known by many as The Waco Horror, the lynching of 17 –year-old Jesse Washington.

The City of Waco commemorated the day with a proclamation as well as delivering an official apology.

Mayor Malcom Duncan Jr. said the city issued an apology because they need to ‘own up,’ to their past transgressions.

“We profoundly regret and condemn any instances where a citizen of Waco has not received equal protection under the law,” Duncan said

The program featured prayer, music, and several speakers, who highlighted the importance of moving forward as a community.

Several family members of the late Washington were present, including Howard Majors, who traveled from Alaska to be at the service.

"We already knew what he had went through---I thought it was just something that was buried and gone. By the city coming up and acknowledging that now it makes me feel a whole lot better about Waco," Majors said.

Organizers of the event announced they filed to for a historical marker at the site where Washington was lynched.