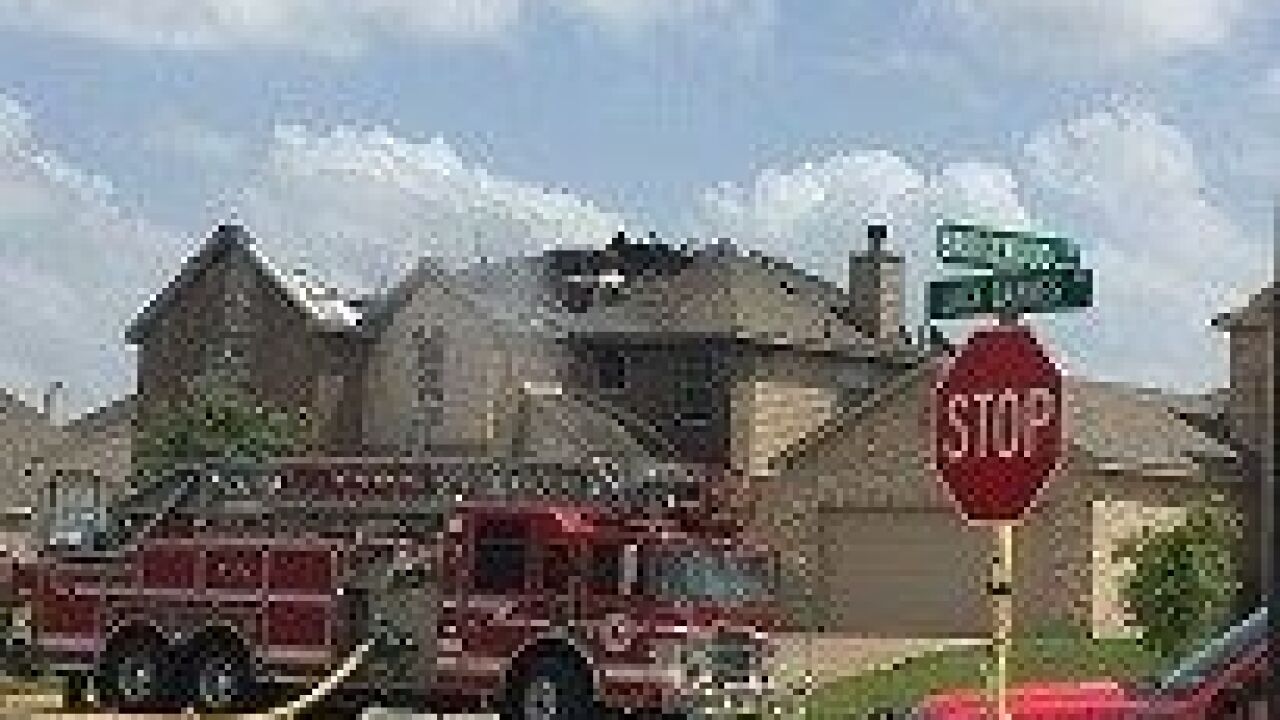 A Fire broke out at a house in Killeen Sunday afternoon, leaving a family without a home.

Just after 1:30 p.m. on Sunday firefighters were called to a house fire on Snowy River. When they arrived, they noticed the flames were coming from the next street over on the 4000 block of Jack Barnes Ave.

It took crews over 2 hours to put out the blaze with help from a ladder truck and several engines.

It is unknown what caused the fire but it did start somewhere in the back of the house and spread through out the second story, eventually causing the roof to cave in.

Officials said there was heavy damage but aren't calling it a total loss yet. The Red Cross was called to assist the family if they needed it.

No one was injured but a fire fighter was treated for dehydration on scene.