Texas Kids Told 'It's Illegal' to Sell Lemonade Without a Permit 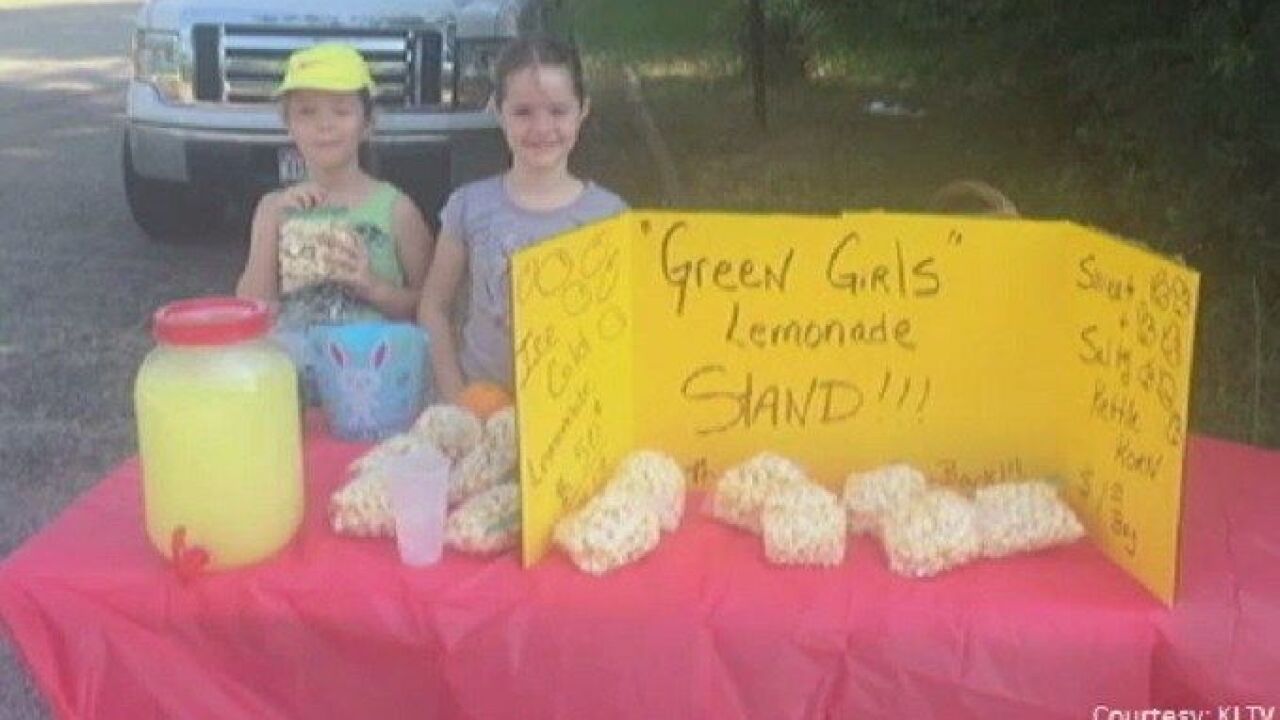 OVERTON (ABC News) -- Two young sisters with an "entrepreneurial spirit" set up a lemonade stand in Overton, Texas, to raise money for their dad's Father's day gift, their mom said.

But Andria and Zoey Green's business closed abruptly Monday after police came by to tell them their stand was illegal without a city Peddler's Permit, according to Overton Police Department Chief Clyde Carter.

"It's illegal to sell lemonade without a permit," Carter told ABC News today. "But we didn't tell them to shut down, we just asked them to get a permit."

The girls' mother, Sandi Evans, said they went to try to get a Peddler's Permit at City Hall, but found out they'd have to get licensed by the Rusk County Health Department before being allowed a Peddler's Permit.

The Rusk County Health Department did not immediately respond to ABC News' request for additional information including specific details about the process for getting a permit to sell lemonade.

"Once we found out everything we would have to go through, we just decided to stop technically selling the lemonade," Evans told ABC News today. "The girls are still going to have the stand, but they're just going to ask for donations instead."

Andria, 8, and Zoey, 7, are going to open up stand again Saturday, and a lot of locals and even people outside the community are planning on coming to support them, she added.

After news stations covered the story, many businesses have showed support for the girls in the form of donations and freebies, their mom said.

"We received free passes to Splash Kingdom, where the girls wanted to take their dad for Father's Day," Evans said. "We got them from the owners of the theme park and then again from a radio station."

The girls have also collected $200 in donations after they temporarily closed up shop, Evans added.

"We do have so many positives coming out of this, and since I don't feel right keeping the money now that they got their dad's gift for free, we're going to give away the extra tickets and set up scholarships with the donations they've collected," she said. "We're going to give the scholarship to a local graduating high school senior majoring in business management."