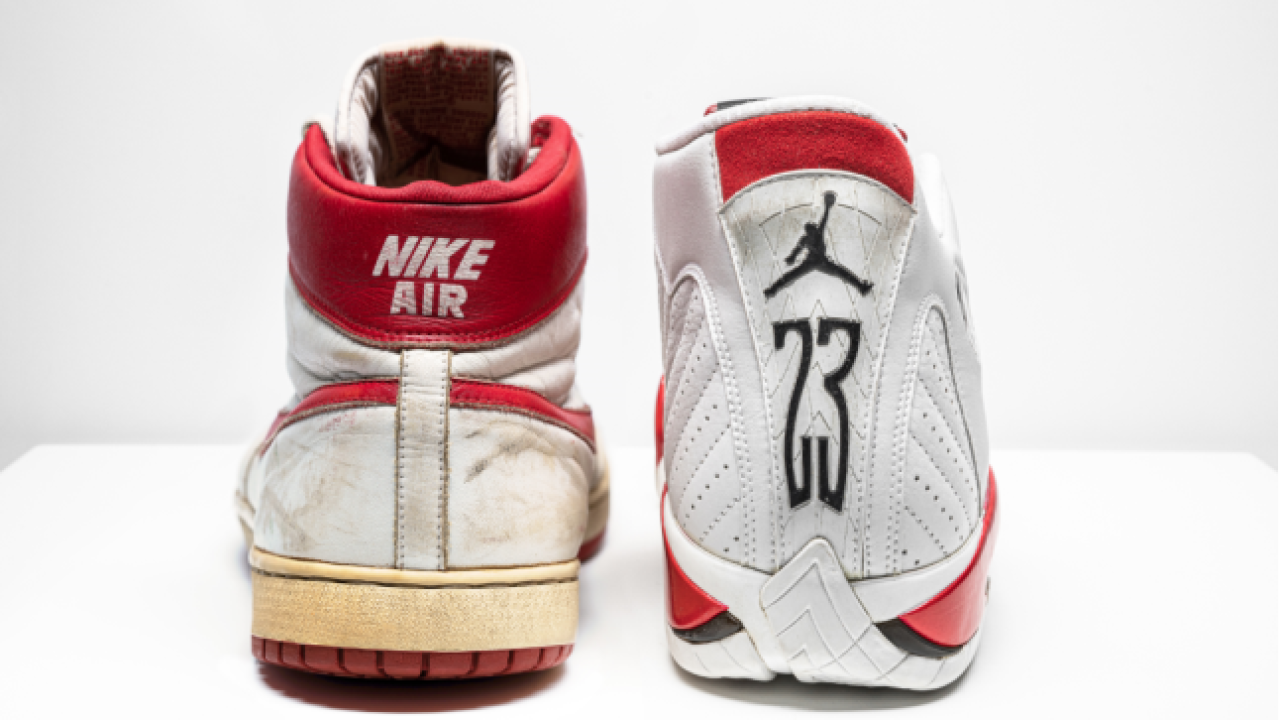 If you’re looking for the ultimate piece of sports memorabilia, you may be in luck. But it may cost you.

Christie’s will launch an auction next week, which include a pair of game-worn sneakers worn by his “Airness” Michael Jordan. Some of the proceeds from the auction will go to the NAACP’s Legal Defense Fund.

The highlight of the auction is expected to be a pair of game-worn sneakers from Jordan’s rookie season. The auction house projects that the sneakers will sell for between $350,000 and $550,000. The pair is one of 11 items from Jordan’s playing days up for auction.

Then known as “Nike Air Ship,” Jordan wore these shoes, sized 13 for his right foot and sized 13.5 for his left, were used for a few games early in the 1984-85 season. These shoes were the prototype for the original Air Jordans released to the public after his rookie season.

Another pair of shoes up for auction, which are expected to sell for more than $50,000, were worn by Jordan during the 1992 Olympics as a member of the Dream Team. These are a pair of Jordan 7s that Jordan wore during the Gold Medal game.

“The pieces we’ve put together for this auction are truly unique, and will have deep resonance for Jordan fans, sneaker connoisseurs and pop culture collectors alike. Additionally, we are pleased to be able to donate proceeds from one of the sale’s most exciting highlights to the NAACP Legal Defense Fund,” John McPheters, Co-Founder and Co-CEO, Stadium Goods, said. Stadium Goods is assisting Christie’s in the auction.