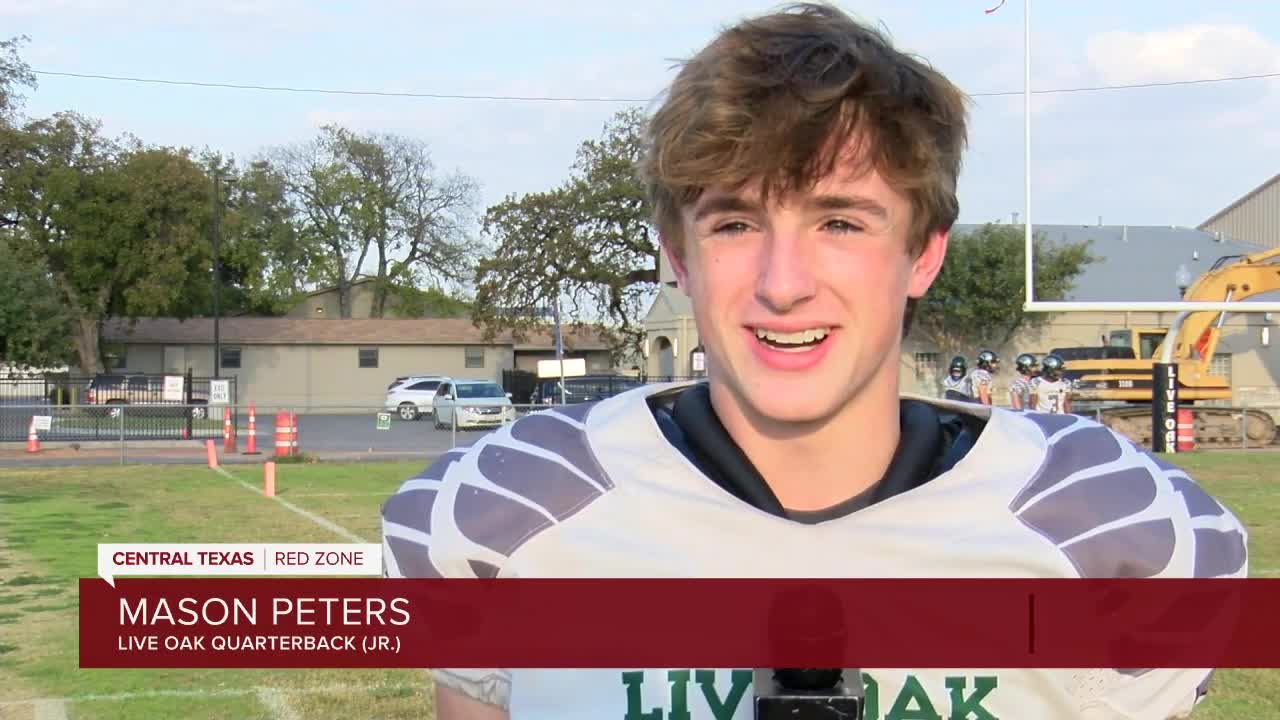 WACO, TX — After going 2-9 last year, the Live Oak Falcons are undefeated this season. After winning four state championships in only eleven seasons as a program, the most recent being in 2017, the Falcons hope to start off a new decade with another state title.

“I think last year was a lot of enduring that process, and this year, I see it more in the guys. They are enjoying the process, which is a huge difference,” said Live Oak Head Football Coach Brice Helton.

Despite playing in one of the toughest TAPPS districts in the state, the Falcons are 4-0 going into their final district battle with Ovilla Christian.

“Our district has a lot of really good teams at the top, and it's all about style and how everyone matches up. We don’t have a big drop-off from one and two all the way down to three, four, and five. It's all right there together. They are going to give us everything they got,” said Coach Helton.

“We haven't finished a whole game out with our full potential, but we have seen little glimmers of hope. If we can put it all together and make a good run, then there is not many people who can stand in our way,” said Live Oak quarterback Mason Peters.

After reaching the state quarterfinals last season, the Parkview Christian Pacers are now in the TCAF State Semi Finals.

“Our motto this year has been the number one. One team. One family. Serving one Lord. And they have really embraced that motto. We are no longer just a team. We are a family, and it's showing how we’ve been playing. We have won four in a row and looking for a chance to play in a state championship,” said Parkview Christian Academy Head Football Coach Josh Hayes.

“We are on a four-win win streak, and we just can't get over-hyped about ourselves. We are still the underdogs no matter what. We are picked to get beat, and we just gotta go into the game like we’re the underdogs and we’re going to take it,” said Parkview Christian Quarterback, Jasper Watson.

Parkview Christian also won a state title back in 2017, and now in Head Coach Josh Hayes' second year with the program, the Pacers are one win away from the state title game in Springtown.

“This season started off rough. We were 1-5 to start the season, but we were playing some really good teams. Our record says five and five, but I promise you they are a lot better than that five and five record indicates,” said Coach Hayes.

As the end of the season approaches, both teams are hoping this year will be the year to bring state titles back to Waco, Texas.