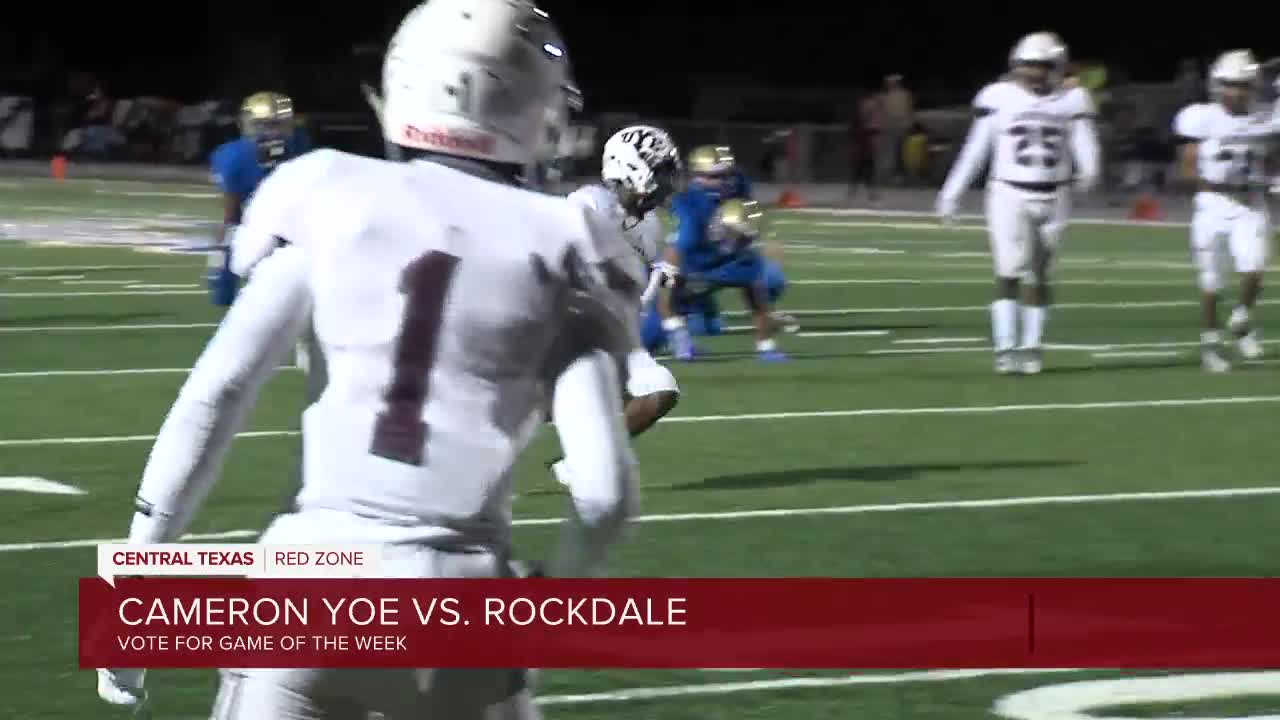 Vote for our Game of the Week: Week 6!

Voting is now open for our Week 6 Red Zone Game of the Week!

Click this link to cast your vote for which game you think the 25 Sports team should visit on October 2!

Cameron Yoe vs. Rockdale: Two of Central Texas's biggest rivals square off in the Battle of the Bell. Yoe and Rockdale each spent time this season in the Top 10 and should compete for a District 11-3A I title.

Clifton vs. Rogers: Last season, Clifton spoiled the Rogers Eagles' dream of an undefeated season by knocking off Rogers in the final game of the year. This season, Rogers hopes to get revenge and put itself in a spot to compete for a district title.

Thorndale vs. Holland: Two teams who have spent time this season among the Top 10 in the state will square off at the Hornets' Nest in each team's first district matchup of the season.

Voting will remain open through Monday night at 11:59 p.m. Cast your vote here!