Rockdale running back in the national spotlight 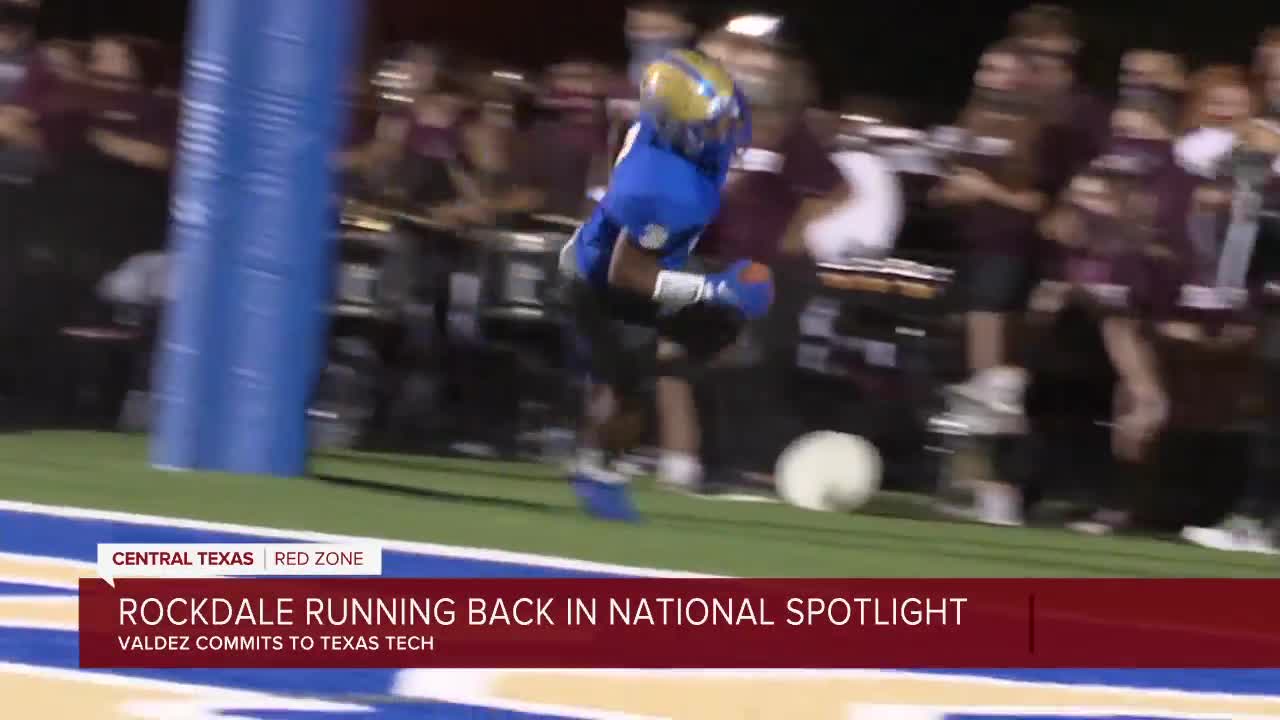 Rockdale Running Back in National Spotlight

ROCKDALE, TX — If you’re a Central Texas football fan, then you most likely have heard of Cam’Ron Valdez. Texas Tech fans better get used to hearing the name too.

Last Thursday, Valdez made a verbal commitment to play for Texas Tech University after receiving offers from multiple Division I programs, including Michigan, Ole Miss, and five other Big 12 schools.

“I was choosing between Texas Tech and Oklahoma State for like four months. It was more the coaching staff, like me and Coach Smith are real tight. We talk like everyday. We talk more about football... life,” Valdez explained.

“You could tell that he had things visioned that not a lot of people had. He was fairly small. You didn’t know how big he was gonna end up, but you could certainly see that he ran the ball with the type of mentality that had the vision to be special,” said Rockdale Head Football Coach Jacob Campsey.

The Rockdale running back is a 3-star prospect according to 247sports and ESPN. Valdez was ranked as the 18th running back in the country and the 53rd player in Texas for the class of 2021. According to wreckemred.com, Valdez has accumulated 3,636 rushing yards and 60 touchdowns while averaging over 8 yards per carry so far during his high school career.

“I think he’s the best running back in the state of Texas. He just hits the holes good. He can block good. He’s strong. He’s a pretty good running back,” said Rockdale center Alex Ellison.

“I can't give him enough credit for his leadership. Not just being a very skilled player, but his leadership this year has been tremendous, and then obviously the things he does on the field are unbelievable to watch,” said Coach Campsey.

Many are saying Valdez is the best running back to commit to Texas Tech in the last 20 years. While it’s easy to feel the pressure, his focus is on the now.

“Right now, I am real focused on the team and what we are going to do this year and how far we are going to go. That’s where my heads at right now- this team. I want to enjoy my last year with these guys,” said Valdez.

While he looks forward to college football Saturday's sporting the red and black, he will always love sporting the Rockdale Tiger's blue and gold.