Red Zone Game of the Week: Connally vs. Mexia 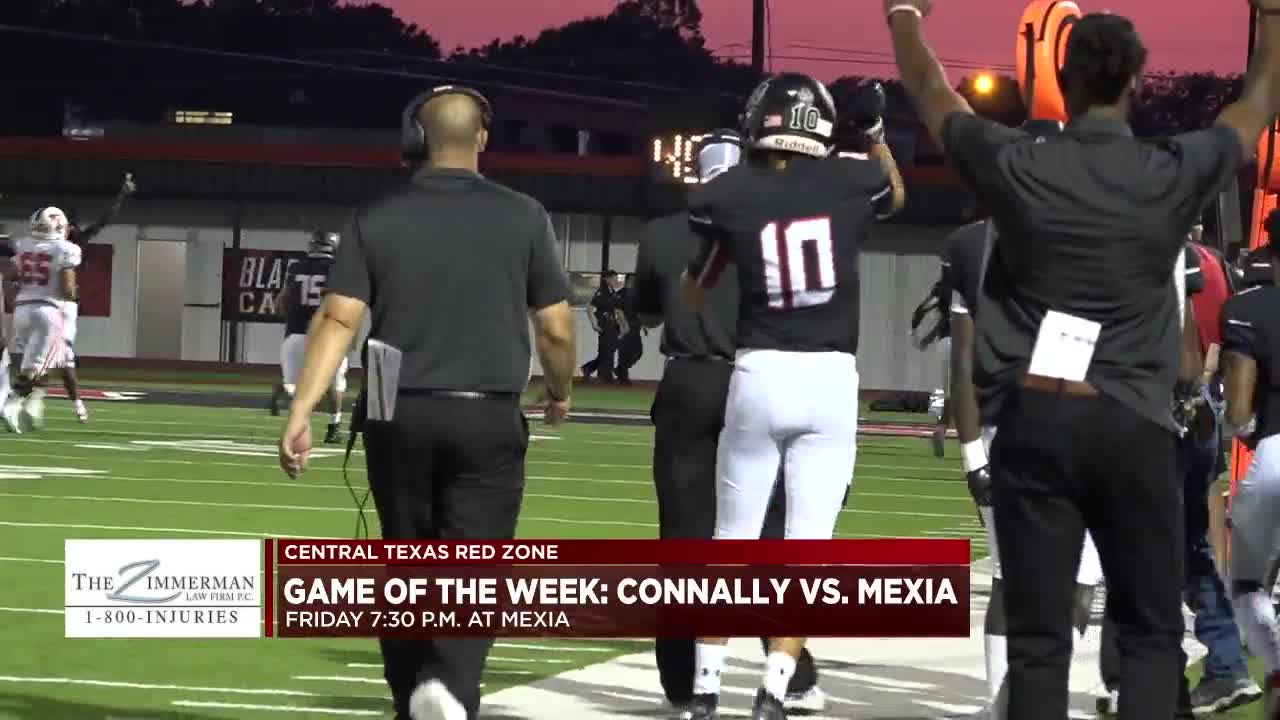 MEXIA, Texas — When District 8-4A Division Two was announced a couple years ago, it quickly became regarded as not only one of the toughest districts in Central Texas, but also in the entire state.

"When it came out a year or so ago,” Mexia Head Coach Frank Sandoval said. “Everybody kind of looked at each other saying, 'Oh my God. What's getting ready to happen?'"

Our Red Zone Game of the Week takes us to a battle for the top spot in that district between one team predicted to end up there and one few thought had any chance.

Last season, the Mexia Blackcats did not win a single district game, including a one-point loss to Connally.

This year, they were picked to finish last once again.

As a result, the Blackcats entered the year with a chip on their shoulder and a lot to prove.

After losses to Malakoff and Cameron Yoe in the non-district schedule, they seemed likely to once again struggle through district play.

But, behind excellent performances by senior quarterback Jaden Proctor and a strong offensive line, the Blackcats are 2-0 in district. After facing those Goliaths out of district, this David knows it can compete with anyone.

"When you play the Malakoffs, the Cameron Yoes and the Teagues of the world, you find out who you are as a team: what you're good at, what you're bad at and what you move forward with," Sandoval said.

Now, they say they feel a target on their back and expect to get every team's best shot.

"[We have] high expectations for this week, just cause we're undefeated,” Connally senior right tackle Trent Pullen said. “They're undefeated. And we're number one in the state, so we've got a big target on us."

Despite the magnitude of the game, the Blackcats say they aren’t rattled. They are still focusing on taking it one game at a time, even when they are playing the number one team in the state.

"You know, they're a good team, but we're good too,” Proctor said. “And we're gonna go play them and treat them like they're any other opponent."

With a win, the Cadets will be one game away from clinching at least a share of the district title, but Head Coach Shane Anderson has been telling his team all week they cannot get caught looking ahead.

"We know Friday night, we've gotta go over there and we gotta take care of business,” Anderson said. “We gotta make sure we cross ‘T’s and dot ‘I’s if we want to stay in that football game."