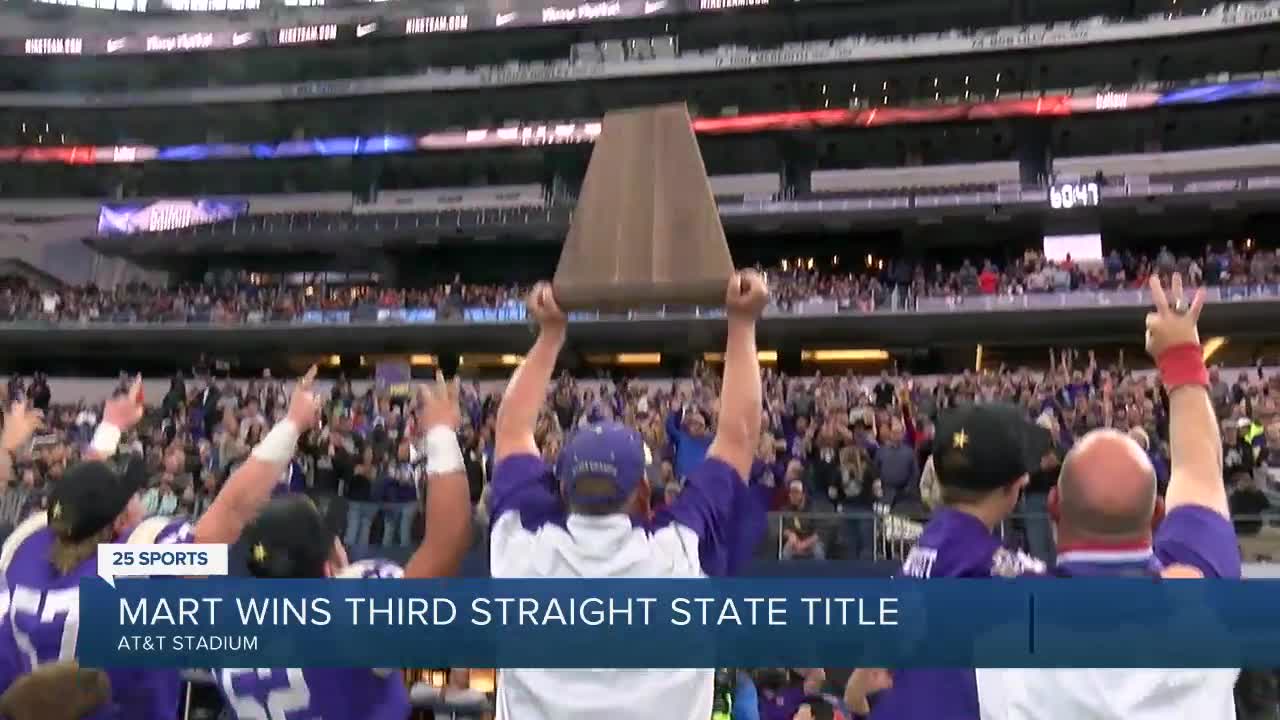 The Mart Panthers won their third straight state title Thursday with a 25-20 victory over Hamlin. It is the Panthers' eighth title overall. 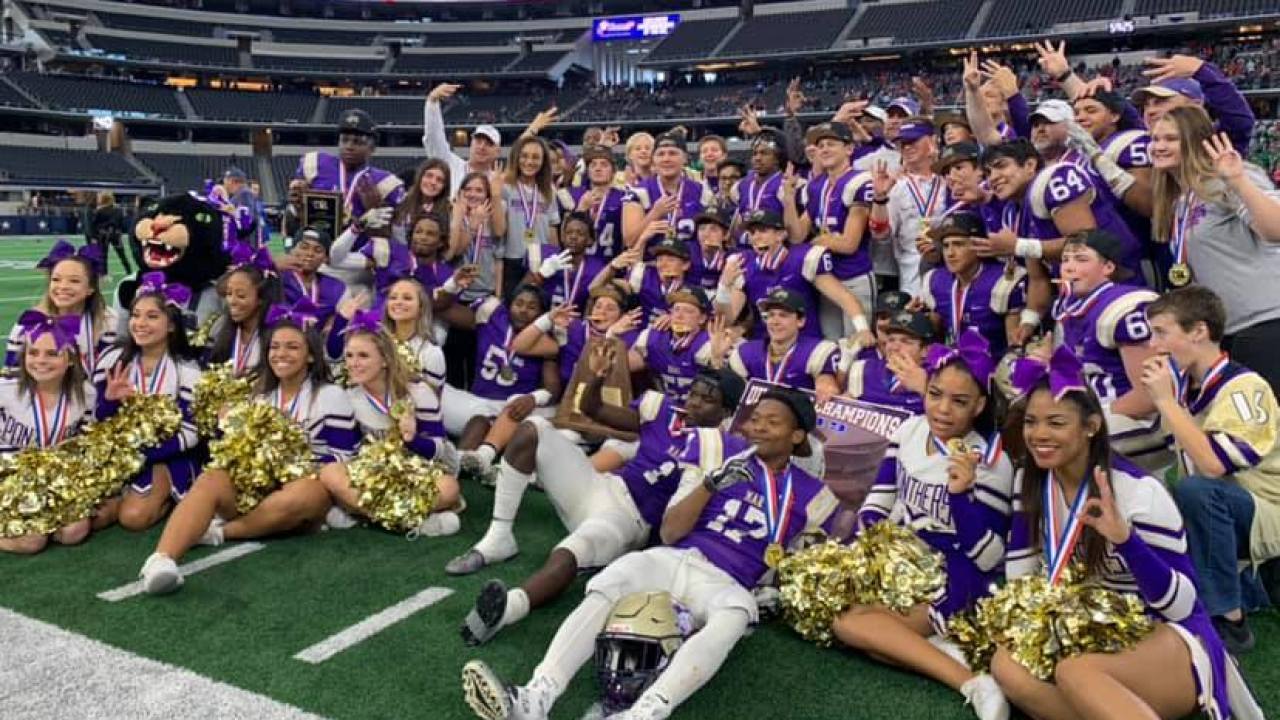 DALLAS — The Mart Panthers won their third straight state title Thursday with a 25-20 victory over Hamlin. It is the Panthers' eighth title overall.

The Panthers stumbled out of the gates against the Pied Pipers, who were making their first-ever state title appearance, allowing Hamlin to get out to an early 7-0 lead.

Mart would answer with a touchdown of their own. Roddrell Freeman ran for a 59-yard score to bring the Panthers within one point.

Freeman finished the day with three touchdowns and was named the game's Offensive MVP.

Defensively, the Panthers locked down Hamlin after the first quarter, holding them scoreless in the second and third quarters. Sophomore defensive back Klyderion Campbell sealed the game with a pick-six in the third quarter that made the score 25-14.

The Panthers finish the season 13-3.

In the first quarter, @Roddrell10 got stuffed just shy of the goal line. He wouldn't be denied twice. #25Sports #UILState pic.twitter.com/tc6SeAntGv