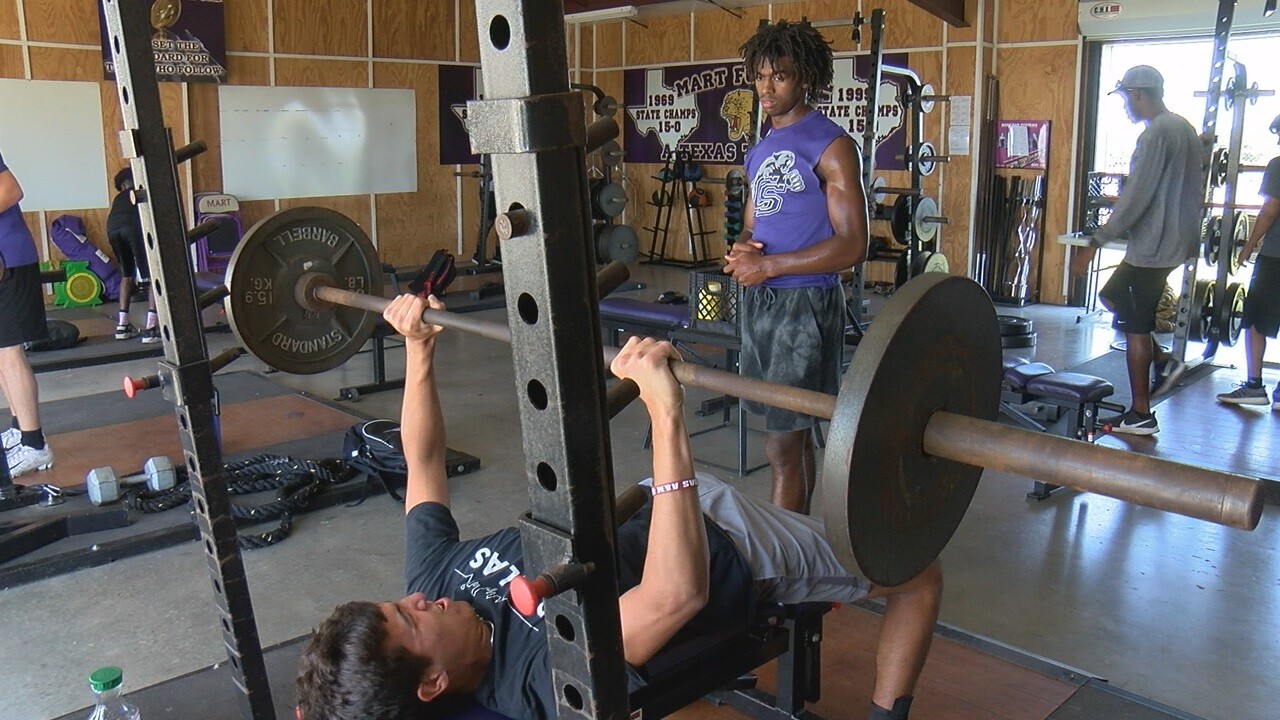 MART, Texas — Central Texas high school football teams returned to practice June 8, marking the first time teams were allowed meet since the UIL canceled all events in March due to the coronavirus.

Under UIL rules, schools are allowed to hold voluntary workouts for all fall athletes as long as they follow certain health guidelines. Under those rules, team members must stay in groups of 15 or less and stay at least six feet apart.

Mart is practicing three times a week as it prepares to compete for its fourth straight state title.

The regulations have forced the Panthers to change the system that guided them to Dallas in 2017-19.

"I've been here 11 years and we have pretty much done the same thing with a few tweaks here and there for 11 years," Hoffman said. "These kids know that. They know what we do. They could probably run through practice or a workout themselves."

Hoffman and the entire Mart coaching staff say they regularly wipe down all high contact surfaces in between uses with disinfectant. Players are also required to bring their own water.

While Hoffman admits the weight room smells better due to the disinfectant, he wishes his players could get more time working out in it. During a normal season, Hoffman said at least 25 players would be in the weight room at any given time. Under the current circumstances, they are staying in groups of 8-12.

Mart kicks off its season at the end of August, but if coronavirus begins to spread among athletes, the season could still be delayed or canceled.

"The goal here is not to have summer strength and conditioning. The goal is to keep people safe and follow the guidelines that have been set forth for us so we can get started in the fall," Hoffman said.

While summer practice looks different, players and coaches say it is good to be back on the field together.

"It feels good to just be back out and get everybody to work hard cause that's what we're used to," Mart junior wide receiver De'Traevion Medlock said.