Game of the Week: Shoemaker vs. Harker Heights 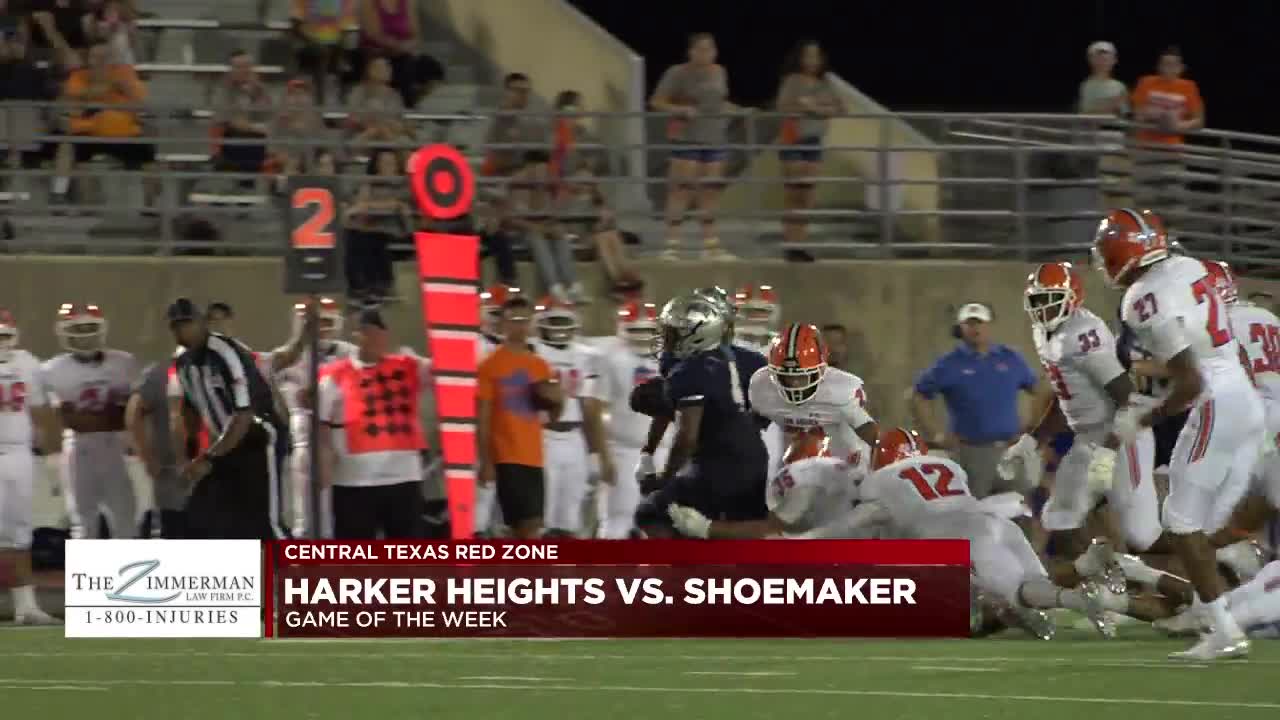 KILLEEN, Texas — We have finally made it to Week 11, the final week of the high school football regular season. That means teams across Central Texas have just one more chance to improve their ranking headed into the playoffs.

Shoemaker and Harker Heights will look to do that, plus claim an unofficial Killeen city title, when the two square off at Leo Buckley Stadium on Friday night in our Game of the Week.

In the three years before this season, Shoemaker won three district games, an average of one per year. As a result, the Grey Wolves were picked by Dave Campbell's magazine to finish the year seventh in the district.

But, Shoemaker had different expectations.

“Since last November, we've been working hard every day, day in and day out,” junior linebacker Keith Cunningham III said. “Because we knew where we wanted to be this year.”

All offseason, they worked to change the culture of their program, and now they are reaping the rewards as they sit at 5-2 in the district, good enough for third place and a playoff spot.

This season has served as a bit of a redemption tour for Head Coach Toby Foreman and the Grey Wolves. He said winning the game and becoming the best team in Killeen would be another huge step for the program.

"It probably means a lot more to us,” Foreman said, “because I can't tell you how bad we were when I walked in the doors on Feb. 21, 2017. We looked good, but the inside was what was missing. It was the inside. The heart wasn't in it."

With a win, the Grey Wolves would secure the top spot in 12-6A Division I. It’s a long way from where the program was just a few seasons ago.

“I'm proud of our senior class and all of our kids,” Foreman said. “We've been through a lot and we've been through it together, and we stuck together and we believe in each other.”
Kickoff for our Game of the Week will be at 7:30 Friday night at Leo Buckley Stadium in Killeen. As always, you can catch highlights in the Red Zone that night at 10:08.