Game of the Week: Crawford vs. Holland 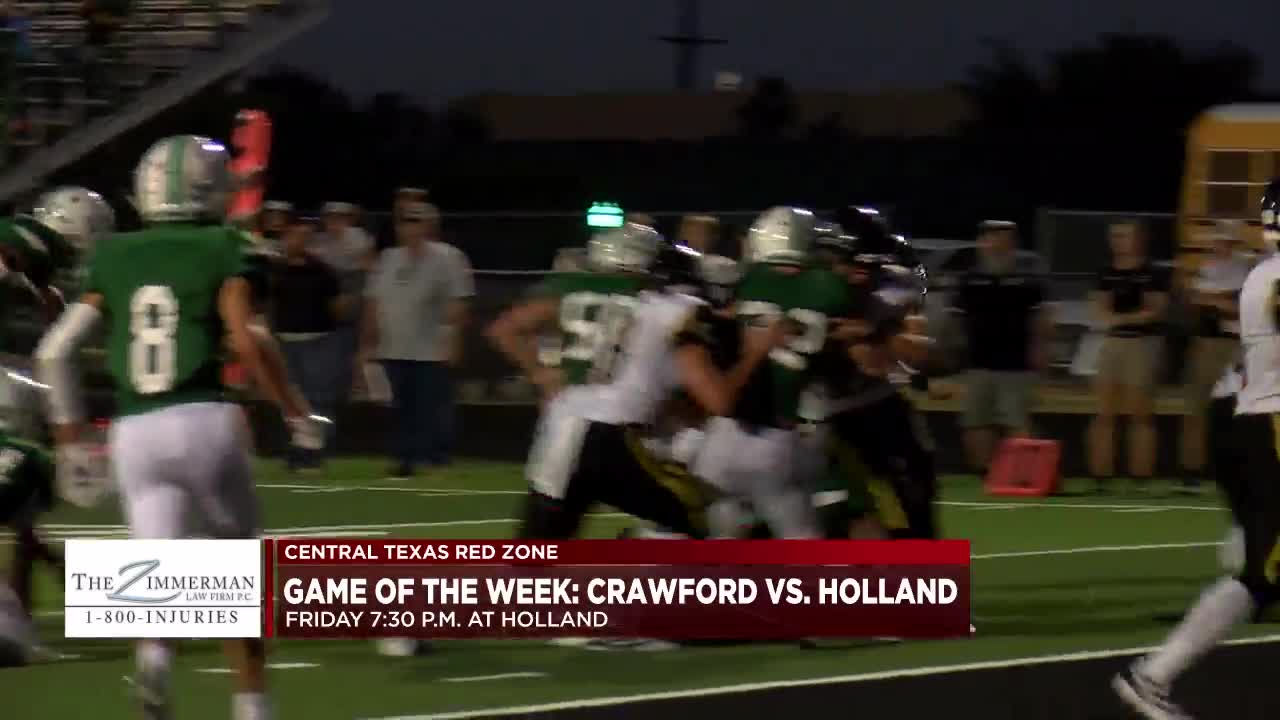 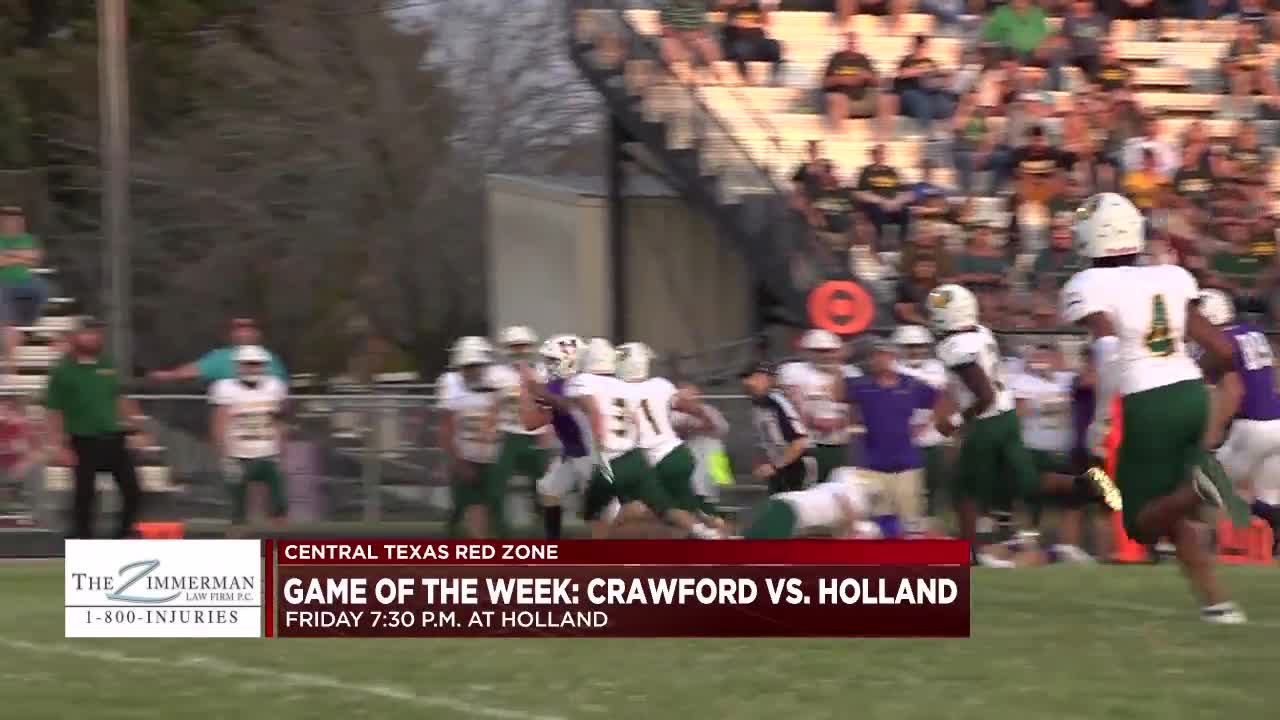 HOLLAND, TX — It's hard to beat a couple of unbeaten teams battling it out on the gridiron, so we're not even going to try. Instead, we're just going to make Crawford at Holland our Game of the Week!

"We just have to stay focused on us and not worry about them. They're a really good team, but they're not unbeatable. We're just gonna have to work hard," Tate Abel, Crawford's senior quarterback, said.

The Crawford Pirates are gearing up to enter the Hornets nest, a team swarming with success.

This week, Holland broke into the top 10, but the Pirates are no stranger to beating top ranked teams. In fact, they knocked off Clifton 16-12 earlier in the season.

And while they recognize Holland is a sound team with "no weaknesses," they say it's still just football.

"This is like Clifton, when they just told us that they're gonna be good and we need to prepare and just do everything we can just to be prepared for them," Jed Whitney, the Pirates senior fullback/linebacker, said.

"You gotta line up and play every week. I don't care who you are, from Pop Warner all the way to the NFL, you know, you see it all the time. People get upset for various reasons. So, that's why you play the game, you actually play the game. It's not about hey, they're more talented than us, we're more talented than them or whatever, it's on any given night who shows up and who plays best and that's the great thing about football," Coach Kelm said.

The Pirates focus this week is executing their offense in hopes of interrupting Holland's quick tempo.

The newly ranked Holland Hornets are finally getting recognized for knocking off No. 1 Mart back in week two.

"Rank's just a number. We're not really looking for for a specific number. We're just looking to come out on top. Beating Mart was a big game for us, but that was two weeks ago. So, we're looking for Crawford and that's what's next," Tommy Strickland, a senior right guard and defensive end for the Hornets, said.

The Hornets game against Mart was a four-quarter battle, and now Holland is carrying the momentum from that win with them.

This week, as Crawford, another unbeaten team, comes to town, Holland Head Coach Brad Talbert is eager to see how his team responds: to their new ranking, if the Pirates strike first and if they find themselves playing from behind. Those are the type of questions Coach Talbert hopes to have answered before the Hornets start district next week.

"We're all excited. We're just not gonna let that get to our head and stuff like that. So, we're just mainly focused on what's next," Ayden Tomasek, one of Holland's junior wide receivers/cornerbacks, said.

"We know Crawford. They're not gonna be afraid to play Holland. Last year, we went on their field and beat them. So, they're gonna be ready for us. We know that. We gotta get ready for them, and that's the challenge this week... getting out guys ready, Saying hey, Crawford's traditionally, they're the real deal. Their coaching staff is as good as it gets. So, we know we're going against the black and gold, the "C" and the tradition, and that's what we gotta get our guys ready for," Coach Talbert said.