Game of the Week: Bosqueville vs. Riesel 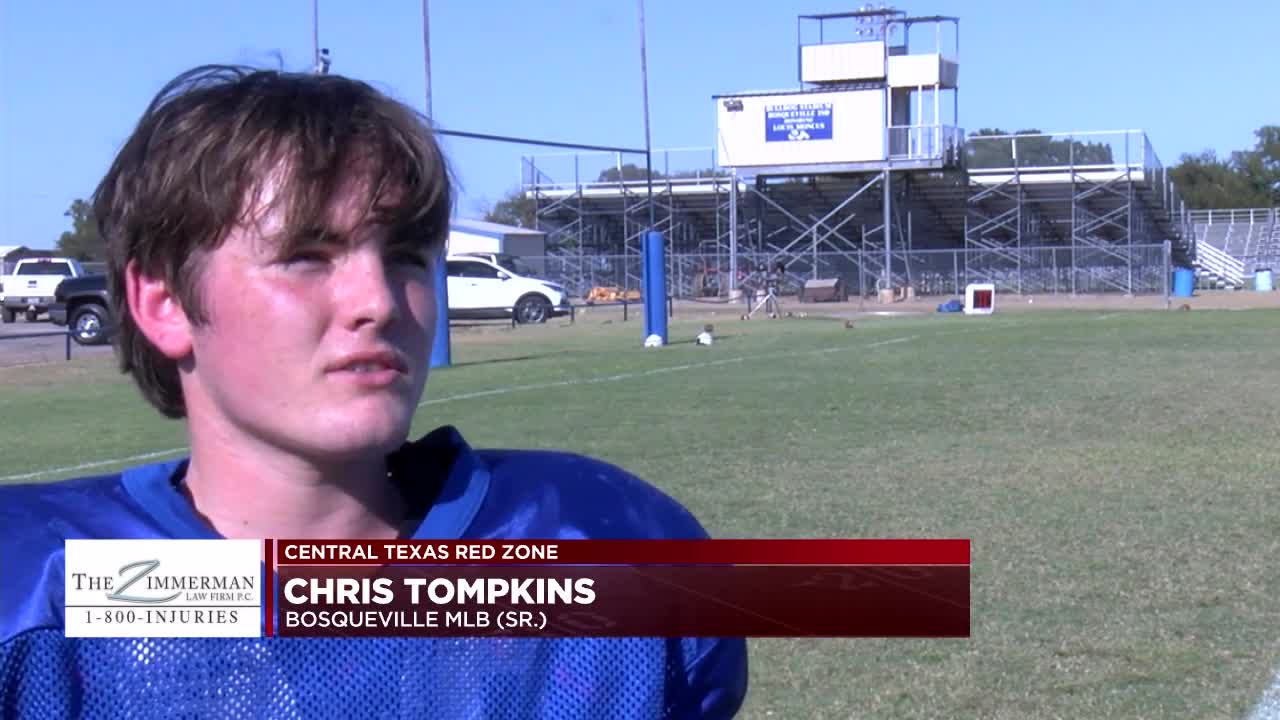 RIESEL, TEXAS — We have made it to Week Seven of the High School Football season, meaning district play is heating up. Our game of the week features a key 2A district battle between Bosqueville and Riesel.

"We want to win it,” Bosqueville center Garrett Garvelli said. “We lost a close game last week [against Italy], and we wanna win."

It's been an up-and-down season for the young Bulldogs. After getting blown out Week One by Mart, Bosqueville has alternated wins and losses all year, including a 1-1 start to district play.

Despite the loss last week to Italy, they still can gain control in the district with a win tomorrow.

According to Head Coach Clint Zander, the most consistent part of the Bulldogs game has been its ability to run the football.

Running back Blaine Reynolds was our Week Three Primetime Performer.

Add to that the fact that Zander is from Riesel, and it serves as extra motivation for an already big game.

"I think a win would really boost us toward the end of the season, because we know Riesel is probably the toughest team we have in district,” Bosqueville middle linebacker Chris Tompkins said. “Getting that win over Riesel, especially for our coach... he's from there. One, it's gonna mean a lot for him, and when it means a lot for him, it means a lot for all of us.”

On the other sideline, the Riesel Indians are 2-3 in their first year under new head coach Keith Stifflemeier.

This was supposed to be a rebuilding year for Riesel. With a new head coach and 18 graduated seniors, many expected early season growing pains from the young team.

But, they have used the non-district schedule to build experience and a dominant running game. And, after losing the district in a close one to the Bulldogs last year, they are hungry for redemption.

Junior quarterback Will McClintock said he has seen the intensity pour into practice this week.

"The drive is definitely up, the energy,” McClintock said. “Everyone just seems to be real excited and pumped up. The line is coming off the ball super hard. They're ready. They're excited. I think overall everyone is just excited for this week and they're ready to play."

Kickoff for our game of the week is at 7:30 p.m. at Riesel High School.

25 Sports will be there for the five and six o’clock broadcast, and you can catch highlights from the action in the Central Texas Red Zone at 10:08.