Game of the Week 13: Mount Vernon vs. West 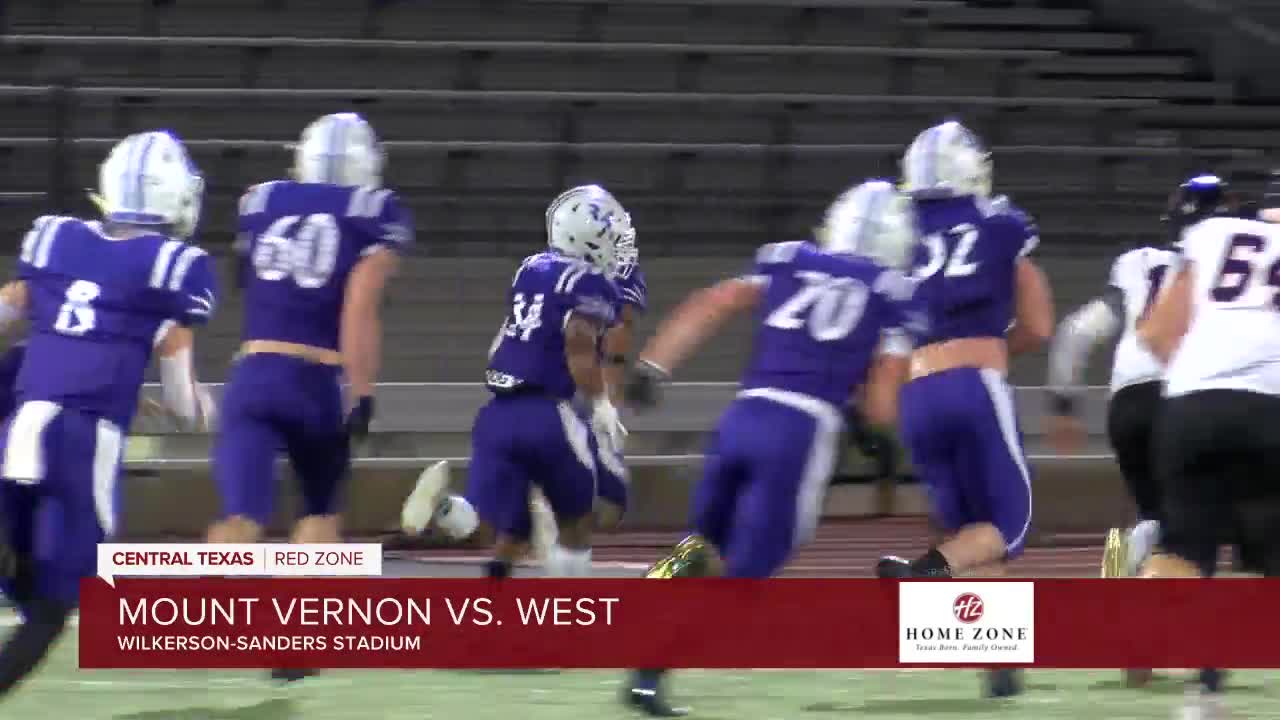 Game of the Week: Mount Vernon vs. West 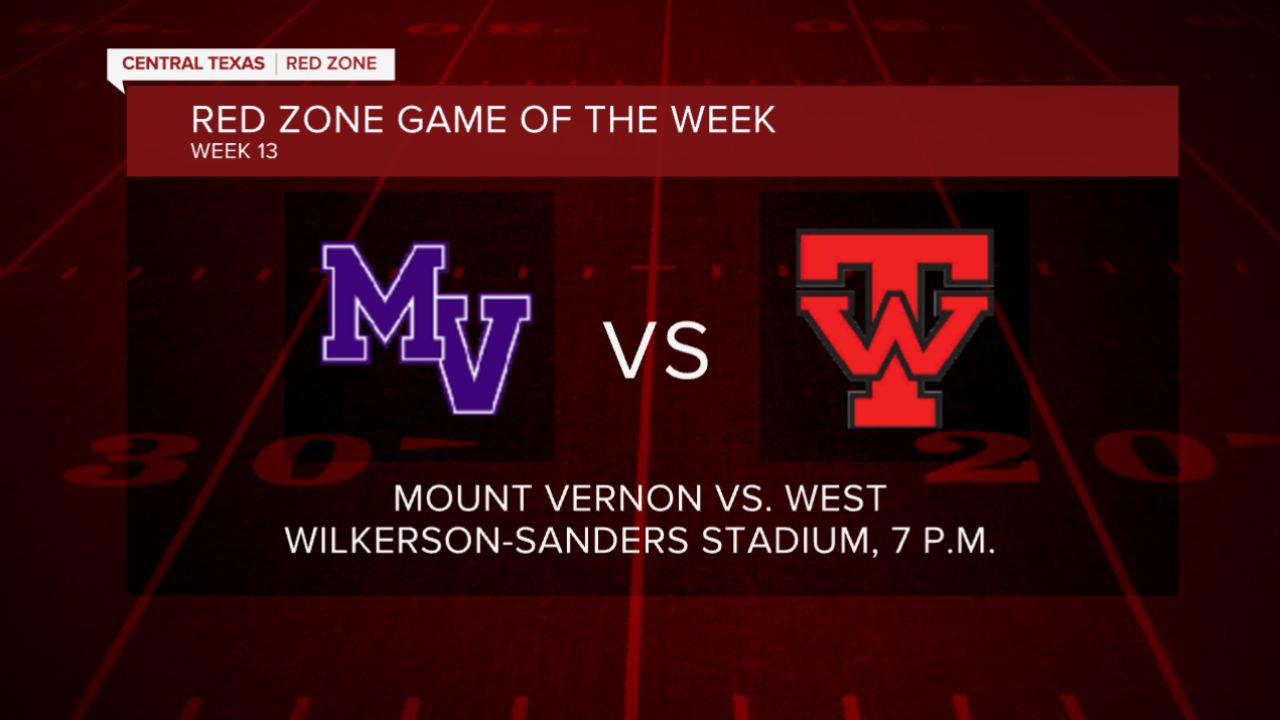 ROCKWALL, Texas — Art Briles returns to Central Texas football for the first time since he was fired from Baylor for his role in the university's sexual assault scandal in 2016. His new team, the Mount Vernon Tigers, is set to take on the West Trojans in the area round of the playoffs.

With a win, the Trojans would reach their second regional semifinals in five seasons.

When Mount Vernon hired Briles as their Head Football Coach and Boys' Athletic Director in 2019, the move was met with controversy.

Briles was fired as Baylor's Head Coach in 2016 after an investigation into the university's response to allegations off sexual assault. Several of those allegations involved members of the Baylor football team.

One 2017 report alleged at least 31 different players were involved in acts of rape. Only two of the players, Tevin Elliot and Sam Ukwuachu, were convicted.

"You can have all the money in the world, but you can't buy experience," Briles said to the media in August 2019. "You got to live it, taste it, feel it. Fortunately or unfortunately we have all had experiences , good or bad. I think some of mine are pretty well documented, and I have certainly learned from them."

Dr. Emma Wood, who treated four of the victims, said of the hiring, "When you have somebody who was associated with perpetrators committing sexual assault and protecting them and you see those people continuing to have success in their lives, be employable, while you are crippled by your PTSD or working really hard to manage it every day, that doesn't feel like justice."

In the years since, Briles has largely stayed out of the spotlight, while working to build the program at Mount Vernon.

Mount Vernon finished fourth in District 5-3A I this season with a 9-2 record.

Briles continues to run the same up-tempo style of offense he was known for at Baylor. The Tigers have scored 35 or more points in all but two games this season.

"All of us coaches watch and try to learn things from different coaches and schemes and how they react to different situations," Woodard said.

Woodard and the West coaching staff will get a close look at Briles Friday, when they square off with Mount Vernon in Briles's first matchup against a school from Central Texas.

"A lot of people forget it's about the 16, 17, 18-year-old playing football on the field," Woodard said. "So, that's what's going to be exciting: for those kids to be out there getting to play and have the chance to get another playoff win."

If you ask the players at West, they say playing against a former Division I head coach is no big deal.

"Art Briles... yeah, we watched him at Baylor," West senior receiver Guillermo Acevedo said. "He's gonna have a fast-paced offense, but it's just like another wing-T offense. We played Rogers earlier this year and stopped them. It's just about us lining up and playing with effort."

West entered the season with high expectations after making the playoffs with an inexperienced squad in 2019.

The added experience has payed dividend for the Trojans, whose only losses in 2020 have come at the hands of Lexington and Grandview, who were each ranked in the Top 10 of their respective classifications at the time.

"We thought we would be this team," Woodard said. "We knew it would take a lot, and we knew we would have to grow up in some areas. To our kids' credit, they have."

West has been led by senior running back Trey Janek. He has run for more than 1200 yards and 20 touchdowns this season.

"We knew we were gonna have a good season, especially coming off last year and having a lot of returning players on our O-Line, D-Line and in the backfield," Janek said. "So, we felt good coming into this year, and it's lived up to or exceeded any expectations I may have had."

Coaches say the turning point of the season came in Week 4, when West took down Rogers in a back-and-forth non-district game. The Trojans sneaked out a 35-29 win in the fourth quarter of that game before winning seven of their last eight to finish the season.

"I think that's the mark of learning some things about ourselves that we didn't know last year," Woodard said. "I'm just proud of our older guys and the leadership they've provided."

The gulf between nine and 10 wins is wide for the Trojans, who take on Mount Vernon in the area round of the playoffs. West last won 10 games and clinched a regional semifinal berth in 2017.

"Just getting a couple wins means a lot, coming out here and making the playoffs," Acevedo said. "Ten wins would mean a lot to us to just keep rolling through the playoffs."

Woodard said they plan to pull out all the stops to keep their season alive.

"Our coaches have really pushed the kids to make sure we don't leave no stone unturned," he said.

For the West senior class, there is added pressure, knowing each game could be their last.

"We're practicing really intense, and we know that it's either practice really hard or go home," Janek said. "So, were hoping we don't have to start basketball season anytime soon."

Mount Vernon and West have not played each other in the last 15 seasons.

The winner advances to the regional semifinals, where they will play the winner of Mineola and Dallas Madison.

This is West's sixth straight trip to the playoffs, while Mount Vernon has made the playoffs five years in a row. West's last trip to the regional semifinals came in 2017. The Tigers have not made it past the area round in more than 10 years.

Kickoff is set for 7 p.m. at Rockwall ISD's Wilkerson-Sanders stadium.

As always, you can watch highlights from the Game of the Week and elsewhere across Central Texas in the Red Zone on KXXV ABC 25 at 10 p.m.