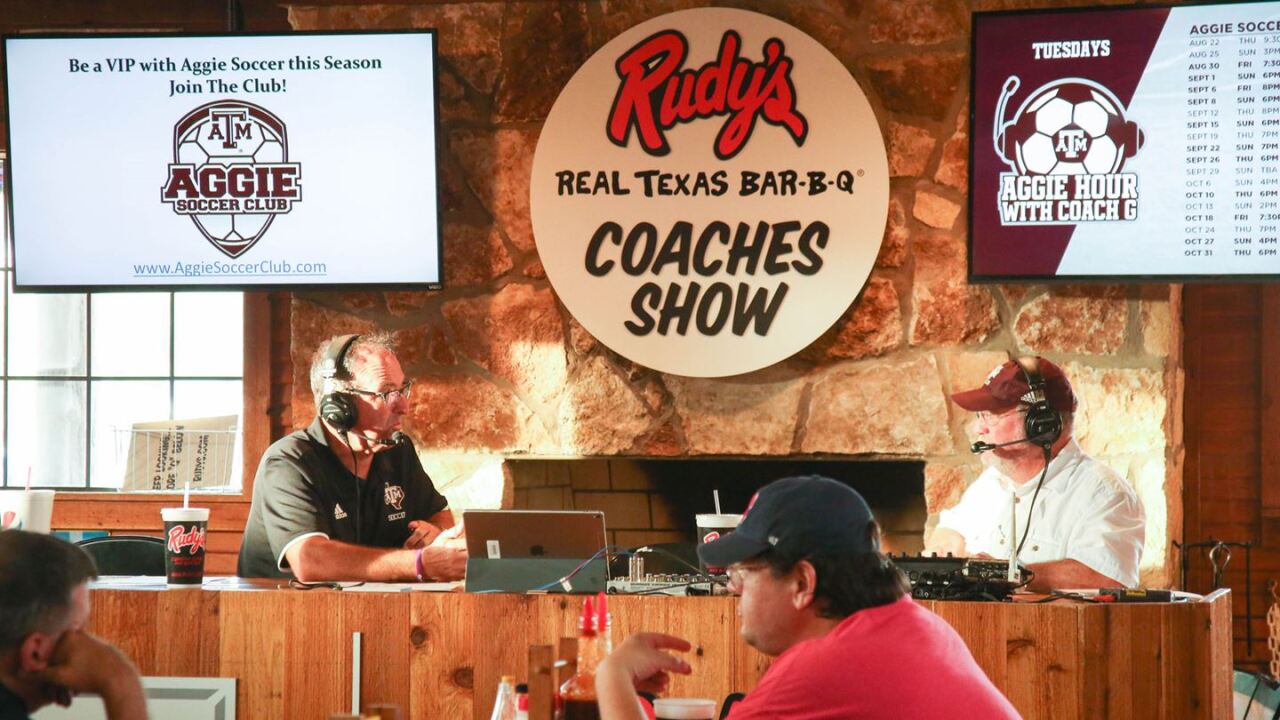 Fans may join the Aggies at Rudy's BBQ and listen live or tune into the broadcast each week locally on WTAW 1620 and worldwide on 12thMan.com/live and RadioAggieland.com.

Taylor Ziemer and Tera Ziemer join Tuesday night's show as the Aggies prepare for Thursday’s road match at No. 10 BYU.

Aggie Soccer head coach G Guerrieri is joined by select players and guests throughout the season for the one-hour show hosted by A&M Soccer's play-by-play announcer David Ellis. The show also highlights special features, questions from the audience, and prizes each week for those in attendance during the 2019 season.

This is one of the first radio talk shows in the nation dedicated to women's college soccer and is brought to you by Texas A&M Ventures.