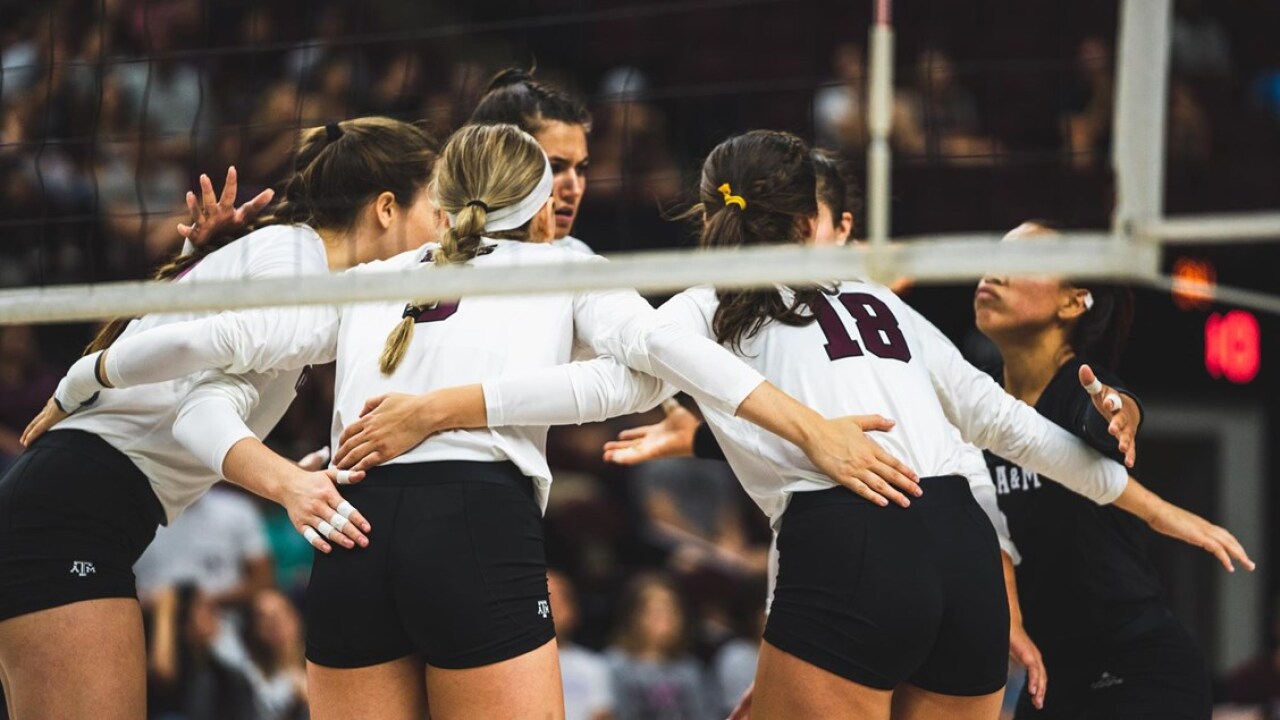 The Aggies (4-1) open against Texas State (3-4) on Thursday at 6 p.m. and return to the court for a pair of matches on Friday, facing Northwestern State (6-2) at 10 a.m. and closing out the tournament against UTRGV (4-3) at 7:30 p.m. All A&M matches are broadcasted on the SEC Network+, available via the WatchESPN app.

Click here [12thman.com] for the complete tournament schedule with links.

The Aggies are coming off a strong weekend after finishing 3-0 at the Pepperdine Tournament, sweeping back-to-back opponents and only dropping one set.

Texas State enters the weekend with a 3-4 overall record and are coming off a 2-1 showing at the Mizuno Classic hosted by Long Beach State. The Bobcats were picked to repeat as the Sun Belt Conference Champions and opened the season receiving six votes in the 2019 AVCA Preseason Coaches’ Poll. A&M leads the all-time series 24-3 and has a 12-1 record at home when playing the Bobcats.

Northwestern State has a 6-2 overall record, coming off back-to-back wins against Tennessee State and Grambling. The Demons are hitting .235 and holding their opponents to a .179 clip. A&M leads the all-time series with a 3-0 record, defeating the Demons 3-1 last season.

UTRGV was picked fourth in the preseason WAC coaches’ poll. Senior Barbara Silva earned Preseason All-WAC honors. The Vaqueros have a 4-3 record entering this week and most recently went 1-2 at their last tournament hosted by UTSA. The teams are meeting for the first time since 2000, with A&M holding a 2-0 series lead.