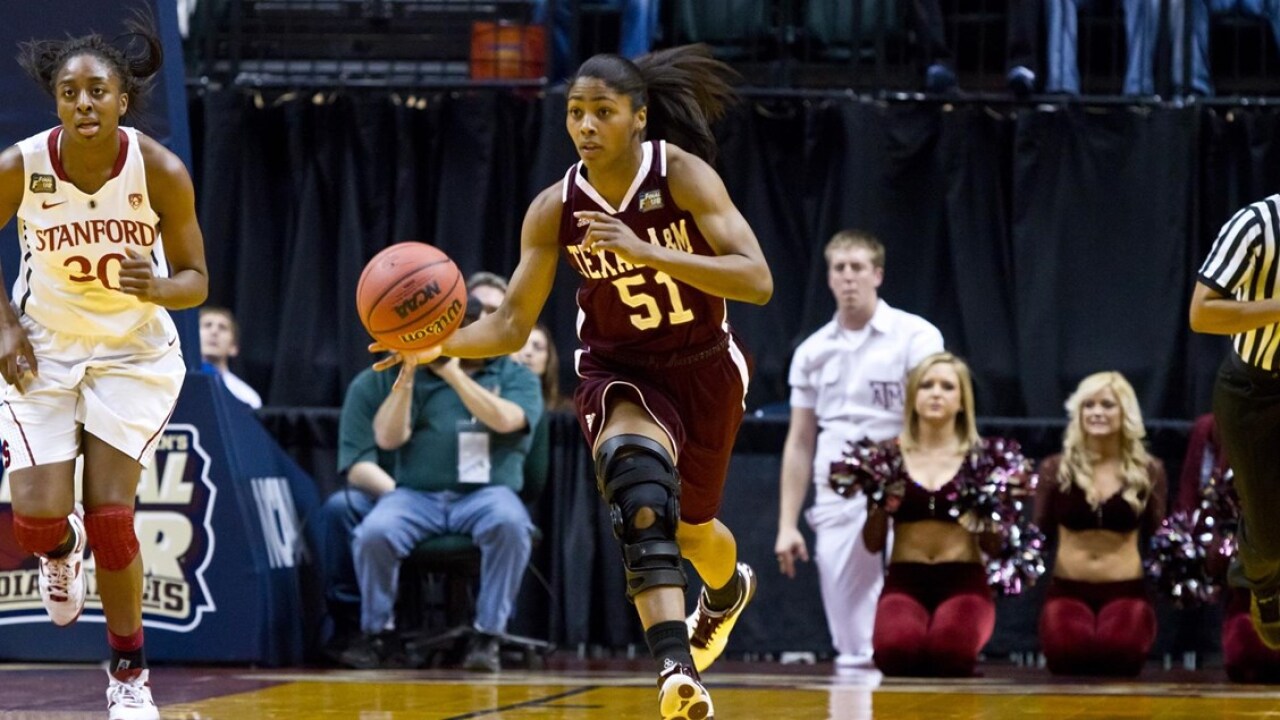 LAS VEGAS, NV — Texas A&M great and NCAA Champion point guard Sydney Colson made the opening-day roster for the WNBA’s Las Vegas Aces—the preseason favorite to win the WNBA Finals, according to a survey of the league’s general managers.

While the first games of the 2019 WNBA season are Friday, Las Vegas opens its season Sunday, hosting Los Angeles at 7 p.m. CT with the game broadcast on Twitter. The 12th Man will want to circle August 3 on their calendars, as the Aces make their only visit to Texas this season, facing off against the Dallas Wings in Arlington.

Colson has played in 114 games in her five-year WNBA career with New York, Minnesota and the Las Vegas franchise, when it was located in San Antonio. She has scored 402 points, 251 assists, 117 rebounds and 84 steals in her career.

At Texas A&M, Colson led the Aggies to the 2011 National Championship, earning All-America honors. She racked up 504 assists in her career (2007-11), which ranks fifth all-time.