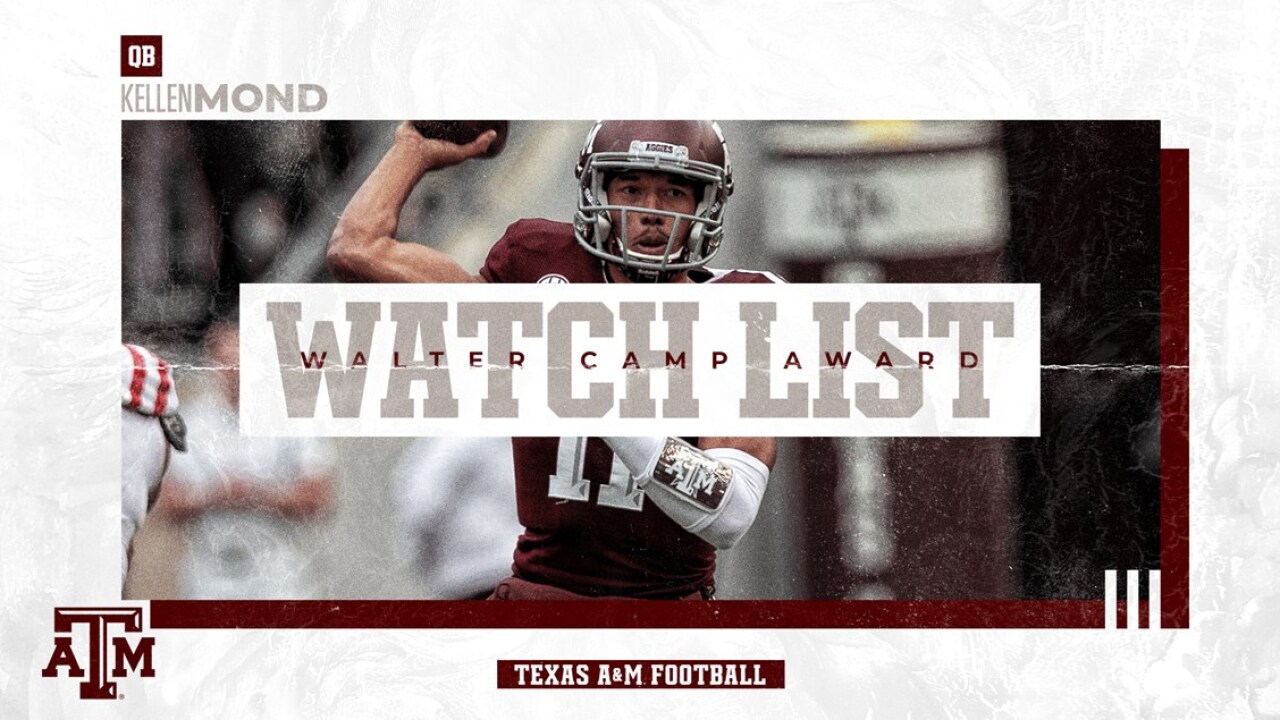 Mond, a junior quarterback from San Antonio, Texas, tallied over 30 touchdowns a season ago as he saw an increase in every statistical category from his freshman campaign. The right-hander finished fourth in total offense, fifth in touchdowns through the air and sixth in passing yardage in the Southeastern Conference.

In all, 35 schools and 11 conferences (including independents) are represented on the list. There are 30 offensive players (16 quarterbacks, seven running backs and seven receivers/tight ends) on the preseason watch list along with 10 from the defensive side of the ball.

“We are proud to continue the great work of Walter Camp and recognize the best college football players in the nation,” Foundation president Mario Coppola said. “This watch list is a great start to what is shaping up to be another exciting year of college football.”

The watch list will be narrowed to 10 semi-finalists in mid-November. The 2019 Walter Camp Player of the Year recipient, which is voted on by the 130 NCAA Bowl Subdivision head coaches and sports information directors, will be announced live on ESPN on Thursday, December 12. The winner will then receive his trophy at the Foundation’s 53rd annual national awards banquet on January 18, 2020 in New Haven, Conn.