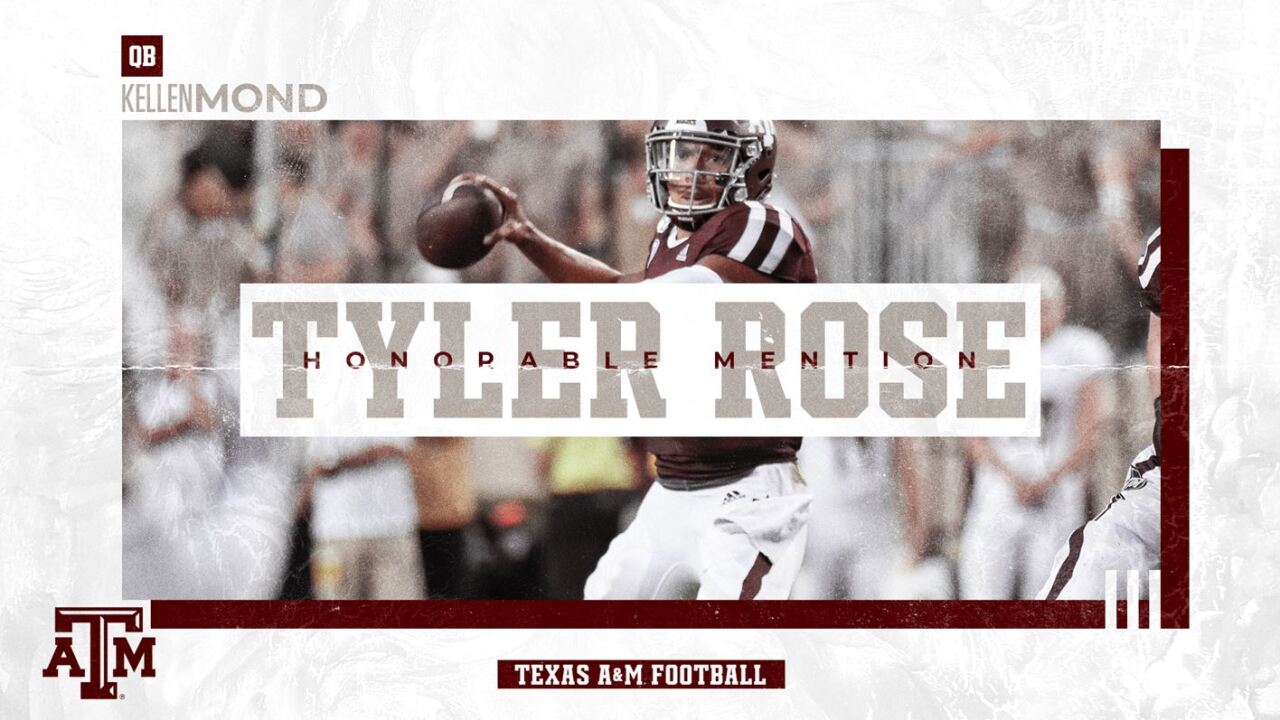 TYLER, TX — Texas A&M’s Kellen Mond has been named to the Honorable Mention List for the Earl Campbell Tyler Rose Award following his four-touchdown effort against Texas State to open the season last week. The Earl Campbell Tyler Rose Award Player of the Week and Honorable Mention List was released Wednesday by the Tyler Area Chamber of Commerce and SPORTyler.

Against the Bobcats, Mond converted 19-of-27 passes for 194 yards and three touchdowns through the air, he also chipped in 25 yards on the ground and a rushing score. The four-score effort was the fourth of Mond’s career and his third in his last five games.

Mond, a junior quarterback from San Antonio, Texas, tallied over 30 touchdowns a season ago as he saw an increase in every statistical category from his freshman campaign. The right-hander finished fourth in total offense, fifth in touchdowns through the air and sixth in passing yardage in the Southeastern Conference.

The Earl Campbell Tyler Rose Award recognizes the top offensive player in Division I football who also exhibits the enduring characteristics that define Earl Campbell: integrity, performance, teamwork, sportsmanship, drive, community and tenacity; specifically, tenacity to persist and determination to overcome adversity and injury in pursuit of reaching goals. In addition, the nominee must meet one or more of the following criteria: born in Texas and/or graduated from a Texas high school and/or played at a Texas-based junior college or four-year college.