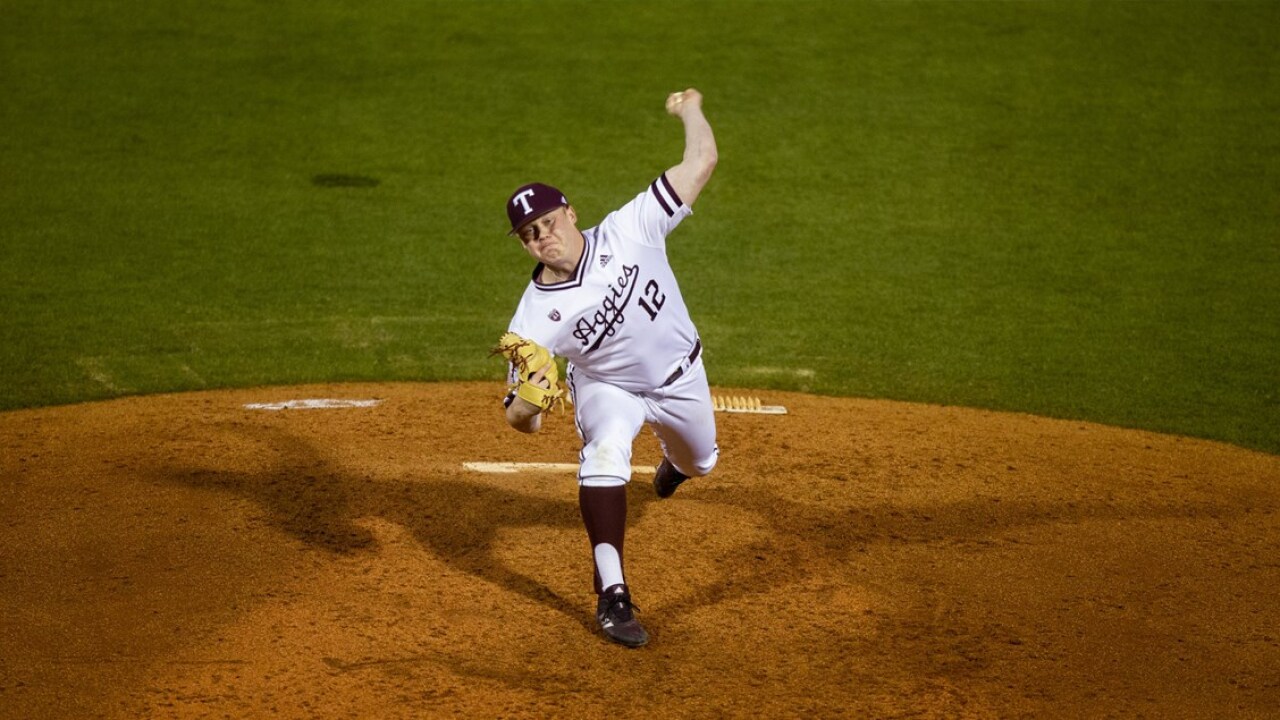 Menefee retired 12 of 13 batters he faced vs. Arkansas, including seven strikeouts, in two relief appearances, both victories against the No. 4 Razorbacks. He entered a 6-2 game with one runner on in the eighth Friday and fanned five of the six batters he challenged to end the game. He retired all seven batters he faced Saturday, including two strikeouts.

Menefee has blossomed down the stretch. In his last five appearances, the lefty has retired 29 of 33 batters he has faced, scattering just four singles while striking out 14 in 9.2 innings.

This marks the Aggies’ first SEC Freshman of the Week honor in 2019. Zach DeLoach earned the honor three times in 2018 and Braden Shewmake garnered the recognition twice in 2017. Others to earn the status include Hunter Coleman and Logan Foster in 2017, Nick Banks in 2014 and Matt Kent, Hunter Melton and Jonathan Moroney in 2013.

The Aggies return to action Tuesday when they open SEC Tournament play in Hoover, Alabama with a 9:30 a.m. contest against the Florida Gators.