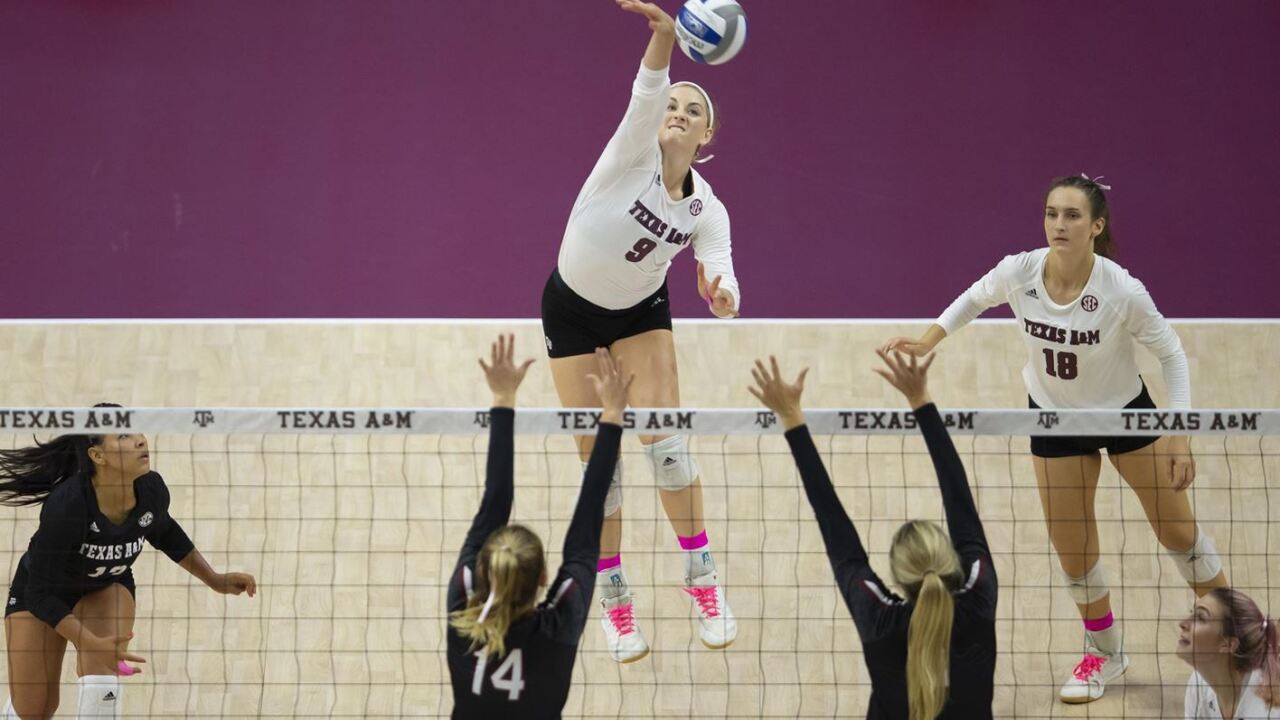 BIRMINGHAM, Ala. — Texas A&M outside hitter Hollann Hans was named the SEC Offensive Player of the Week after recording 53 kills in two matches, the Southeastern Conference announced Monday.

The senior from Corpus Christi, Texas, averaged 6.66 points, 5.89 kills, and 2.22 aces per set, while leading Texas A&M to victories over both Mississippi State and Ole Miss on the road this past weekend.

Hans took match-high honors in both kills and points in each match. She started off the week with 21 kills, three aces and five blocks, leading the Aggies to a 3-1 win at Mississippi State. On Sunday, the senior logged her 30th career double-double after amassing 32 kills and 14 digs, all while hitting a .333 mark. Her 32 kills tied her career-high and it’s the most kills in a five-set SEC match in A&M program history.

This is Hans’ sixth career SEC offensive honor and her first of the season.

Hans and the Aggies return to action Sunday, Oct. 27 when they host the Georgia Bulldogs at 2 p.m. in Reed Arena.