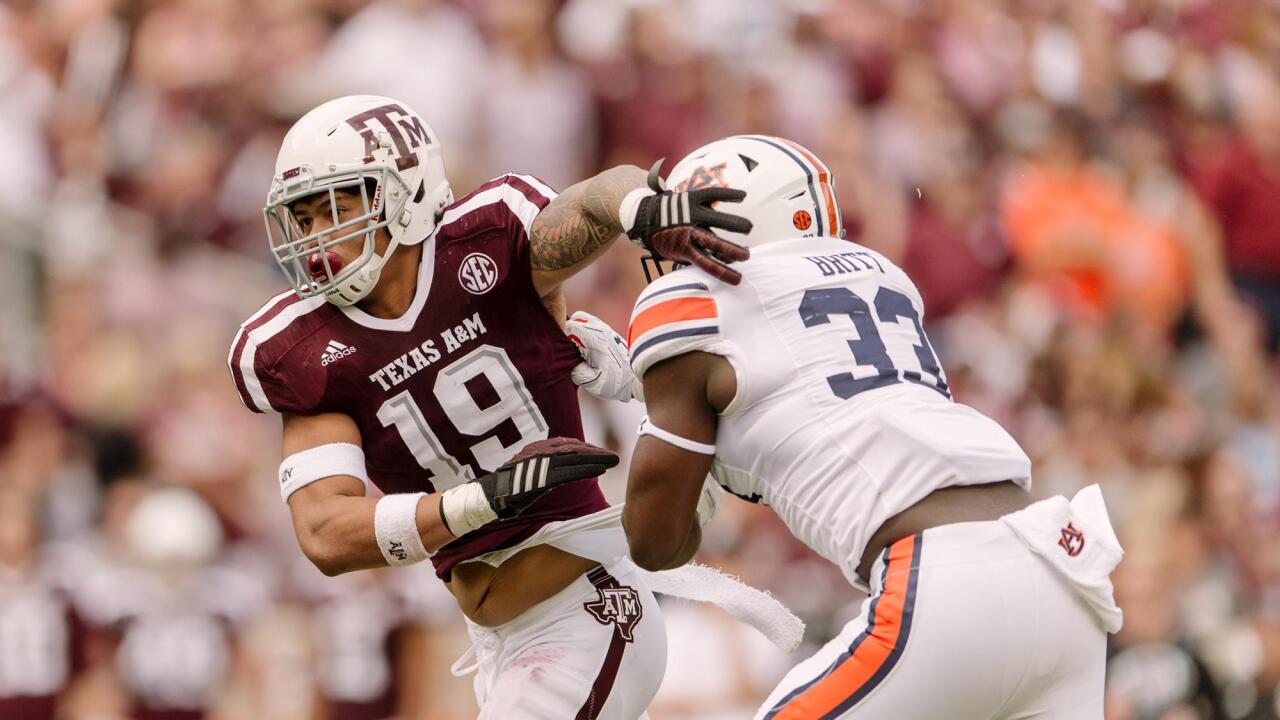 HONOLULU, HI — Texas A&M’s Anthony Hines has been named to the 2019 Watch List for the Polynesian College Football Player of the Year Award, announced Tuesday by The Polynesian Football Hall of Fame.

Hines, a sophomore linebacker from Plano, Texas, returns to the field after an injury prevented him from competing last season. As a freshman, Hines was named to the SEC All-Freshman Team as he tallied 33 tackles including six stops behind the line of scrimmage and forced a fumble.

The Watch List candidates have been selected based on past performance and future potential. Additions to the list may be made as the 2019 season progresses. The finalists and winner will be chosen by the Polynesian Football Hall of Fame Selection Committee

“The Polynesian College Football Player of the Year Award showcases the immense talent of our Polynesian student-athletes in college football today,” said Jesse Sapolu, Polynesian Football Hall of Fame Chairman, Co-Founder and Inductee. “The award has quickly become one of the most prestigious in all of college football.”

The winner of the 2019 Polynesian College Football Player of the Year Award will be announced on December 17. Five finalists will be unveiled on December 5. The presentation of the award will be held during the Polynesian Football Hall of Fame Enshrinement Week Celebration Dinner (January 17, 2020) at Sheraton Waikiki and they will also be recognized at halftime of the Polynesian Bowl (January 18, 2020) at Aloha Stadium.