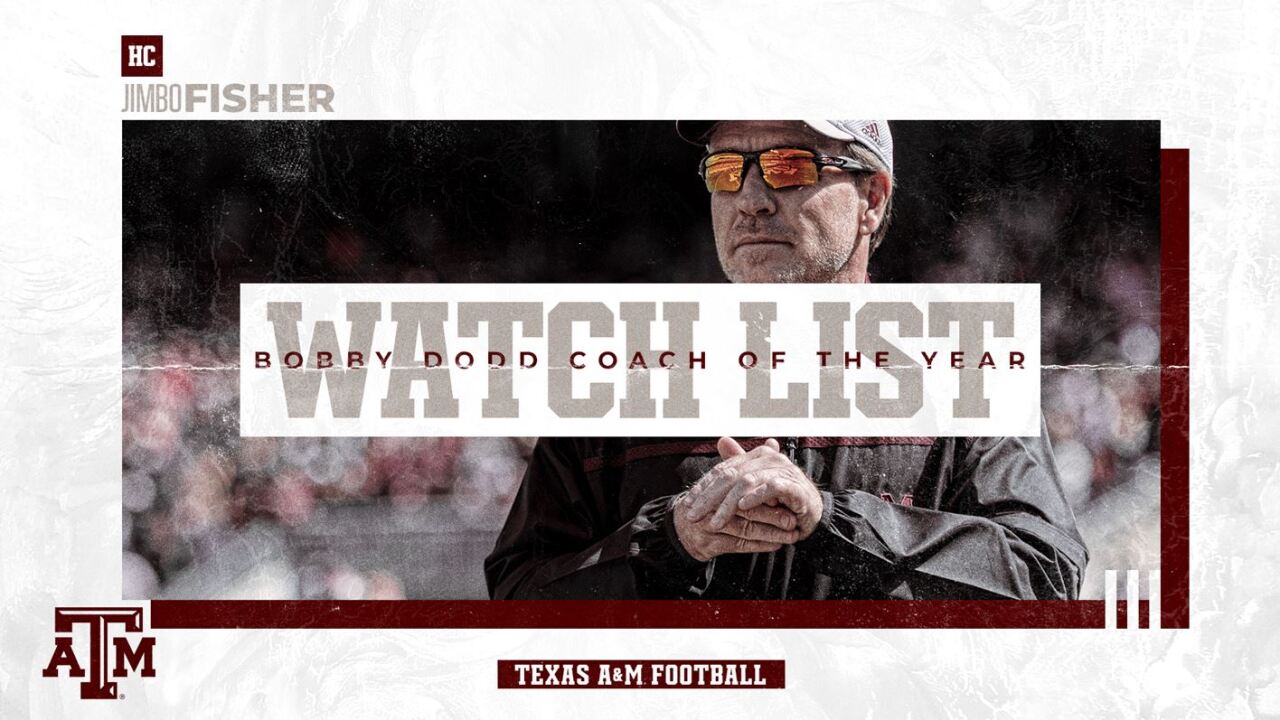 ATLANTA, GA — Texas A&M Football’s Jimbo Fisher has been named to the preseason watch list for the 2019 Dodd Trophy, announced Thursday by The Bobby Dodd Coach of the Year Foundation and the Chick-fil-A Peach Bowl.

Fisher is entering his second season at the helm of the Aggies, A&M closed last season on a four game win streak including the seven-overtime thriller over No. 8 LSU and an emphatic 51-23 victory against NC State in the Taxslayer Gator Bowl. Fisher is one of two coaches from the state of Texas (Tom Herman, Texas) on the watch list and one of five coaches from the Southeastern Conference (Gus Malzahn, Auburn; Dan Mullen, Florida; Nick Saban, Alabama; Kirby Smart, Georgia).

The list includes 23 of the nation’s top college football coaches representing all Power Five conferences, as well as the AAC, Mountain West and two independents. The Dodd Trophy, college football’s most coveted national coaching award, celebrates the head coach of a team who enjoys success on the gridiron, while also stressing the importance of scholarship, leadership and integrity – the three pillars of legendary coach Bobby Dodd’s coaching philosophy.