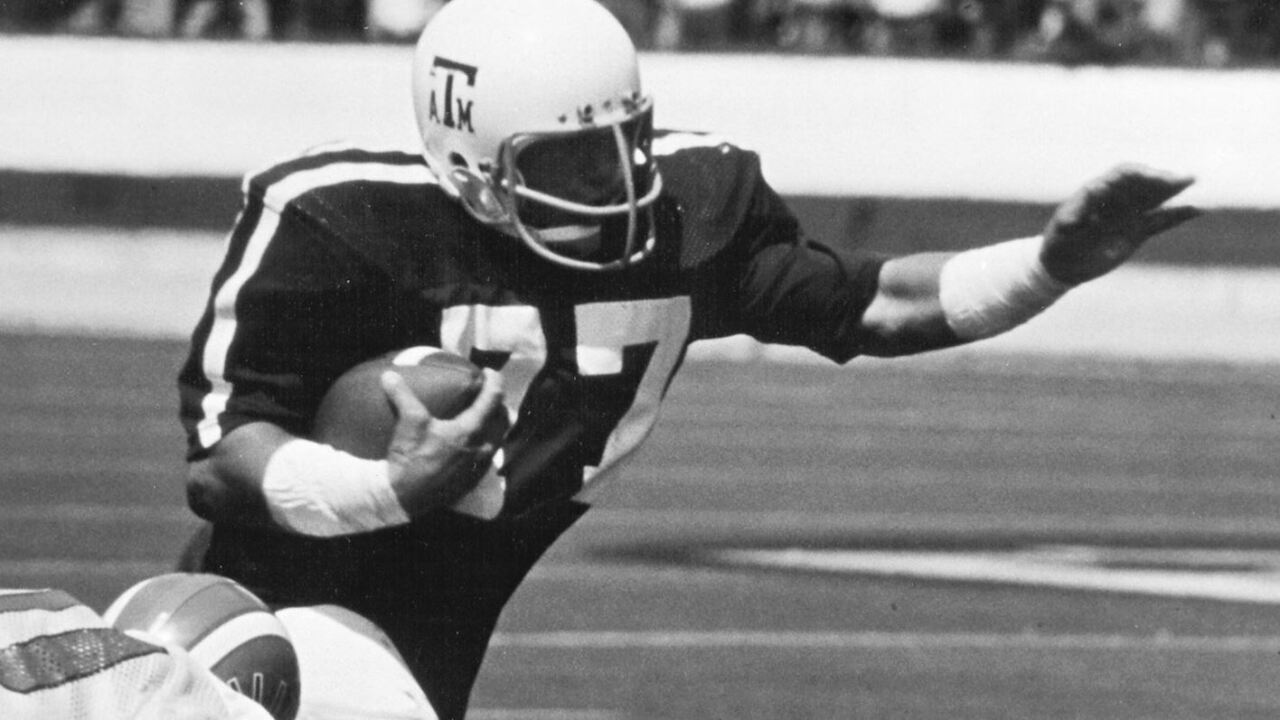 BIRMINGHAM, AL — The ringleader of some of the most feared defenses of the 1970s, Texas A&M linebacker Ed Simonini was named to the 2019 SEC Football Legends class, announced Thursday by the Southeastern Conference. The Legends class will be honored at events surrounding the SEC Football Championship Game in Atlanta in December.

Simonini was named a consensus All-American and Lombardi Award finalist in 1975 when the Aggies led the NCAA in rushing defense and total defense and allowed just 9.5 points per game. Simonini led the Aggies in tackles three straight years and was named to the All-Southwest Conference Team in each of those seasons (1973-75). He was the SWC’s Defensive Player of the Year twice and a member of the SWC’s All-Decade Team of the 1970s. He finished his career as the Aggies’ all-time leader tackler with 425 stops and he still owns the school’s freshman tackles record with 98 in 1972. He was drafted by the Baltimore Colts in the third round of the 1976 NFL Draft and played seven seasons in the NFL.

The class will be honored at the 2019 SEC Football “Weekend of Champions” December 6-7 in Atlanta, Ga, highlighted by the annual SEC Legends Dinner on Friday, December 6 at the Hyatt Regency in Atlanta. The group will also be recognized prior to the SEC Football Championship Game, which will be held at the new Mercedes-Benz Stadium on Saturday, December 7.

The 2019 Football Legends Class includes 14 former stars who excelled on the gridiron and helped write the rich history of the sport at their respective institutions. This year’s class includes All-Americans, All-SEC selections and Academic All-Americans as well as successful head coaches. The group represents teams that won National and SEC Championships, participated in Super Bowl titles and are represented in state, school and college football halls of fame.