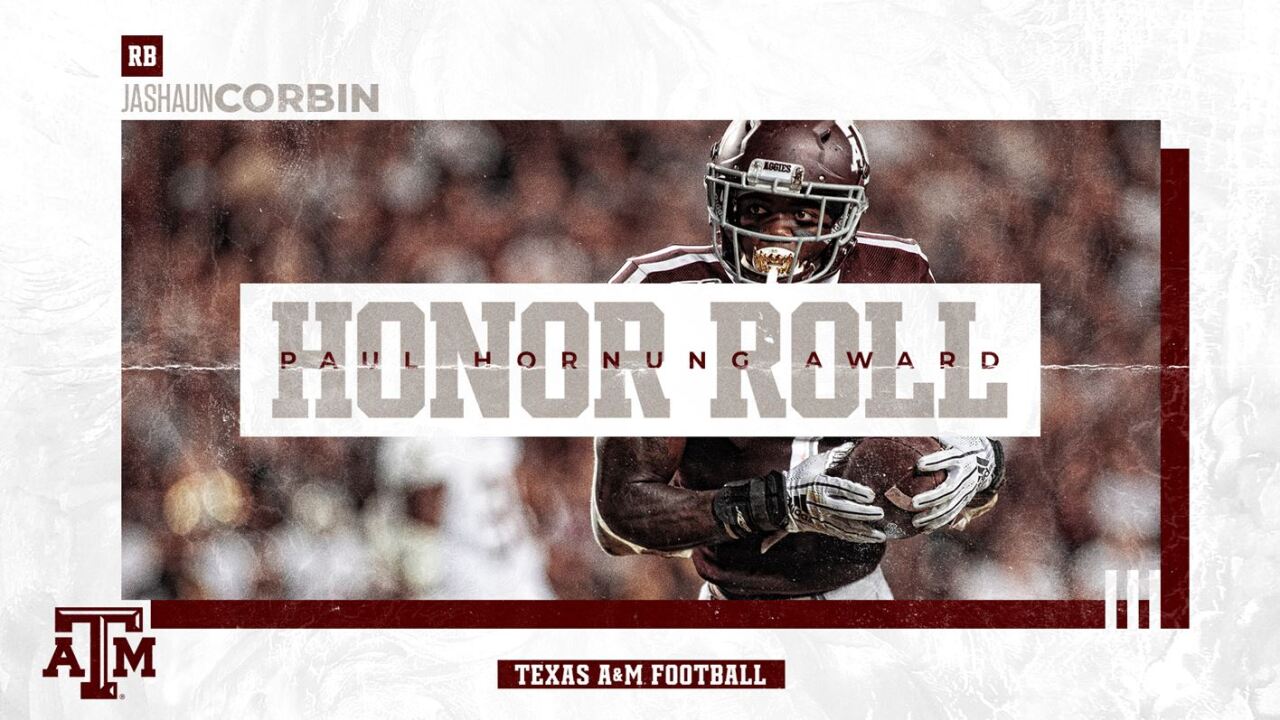 Against the Bobcats, Corbin posted 103 yards on the ground while recording a touchdown rushing and receiving. The pair of scores matched his season total from a year ago, while his score through the air was the first of his career.

Corbin, a sophomore running back from Rockledge, Florida, is just 13 yards shy of 1,000 career all-purpose yards after posting 853 all-purpose yards last season to lead all SEC freshman with an impressive 10 yards per play. The phenom chipped in 422 kick return yards to lead the SEC with a 30.1 kick return average. For his efforts a season ago, Corbin earned All-Freshman Team honors from the league's coaches as a running back, all-purpose player and return specialist.

The Hornung Award presented by Texas Roadhouse, now in its 10th season, is given annually to the most versatile player in major college football by the Louisville Sports Commission and football legend and Louisville native Paul Hornung. The winner and his family will be honored at the annual Paul Hornung Award dinner at the Galt House Hotel in downtown Louisville on March 4, 2020.

Texas A&M travels to take on top-ranked Clemson Saturday at 2:30 p.m. (CT), the top-15 matchup is set to be aired nationally on ABC.

Jevon Holland of Oregon helped the Ducks forge an early lead by returning punts 29 yards and 81 yards deep into Auburn territory in a showcase game s in Dallas. Holland also made four tackles, caused one quarterback hurry and intercepted a pass. Auburn rallied to win 27-21 in the final seconds of the game.

Dante Wright of Colorado State touched the ball rushing, receiving and returning kicks, and scored twice in the Rams' 52-31 loss to in-state rival Colorado. His 39-yard touchdown catch tied the score in the first quarter and his 41-yard touchdown run gave CSU a lead late in the first half. He finished the day with 150 all-purpose yards touching the ball nine times.