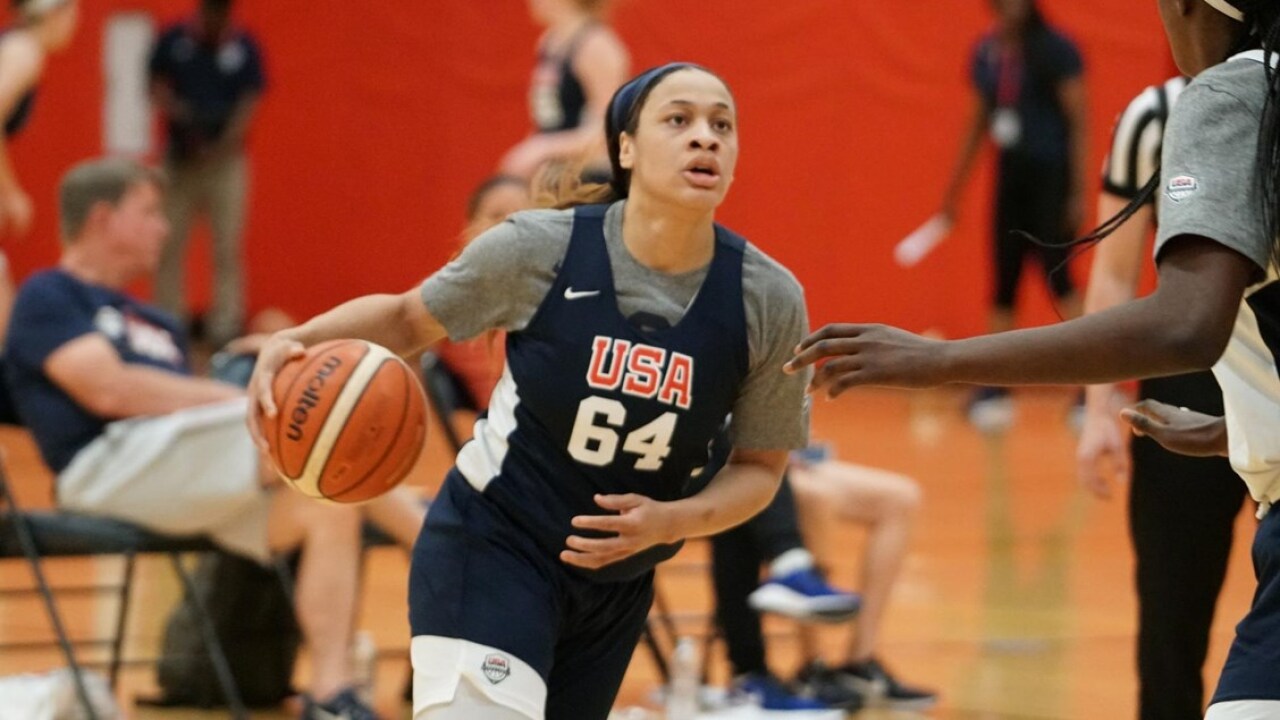 The team members convene in Colorado Springs for training camp July 23-Aug. 5, before competing in the women’s basketball tournament from Aug. 6-10 in Lima, Peru. Players eligible for the 2019 U.S. Pan American Games team must be U.S. citizens who currently are enrolled as full-time college students with remaining eligibility for the 2019-20 school year.

Carter is the second Texas A&M player to represent the United States at the Pan American Games, joining Courtney Williams, who started two games and earned a silver medal in Toronto in 2015.

Carter previously represented the United States at the 2016 FIBA Americas U18 Championship earing a gold medal and at the 2017 FIBA U19 World Cup earning a silver medal. Carter set a USA Basketball U19 record with 31 points in the Gold Medal Game at the U19 World Cup. Over the 12 games in her international career, Carter averaged 14.2 points, 3.3 rebounds and 2.6 assists.

Carter finished the 2018-19 season averaging a Texas A&M school-record 23.3 points per game, good for eighth-best in the nation. She stepped up her average to an NCAA Tournament-leading 30.7 points during the Aggies' run to their eighth Sweet 16 appearance. She added 4.8 rebounds and 3.5 assists per game.

Carter's season was highlighted by clutch performances that included a game-winning shot at Auburn (Jan. 24), scoring seven of the Aggies' last nine points to win at then-No. 11 Kentucky (Feb. 28), and assisting the go-ahead basket in the NCAA Second Round against Marquette (Mar. 24). In addition, she was named AP All-America, First-Team All-SEC, SEC Player of the Week twice, and MVP at the Maui Jim Maui Classic.