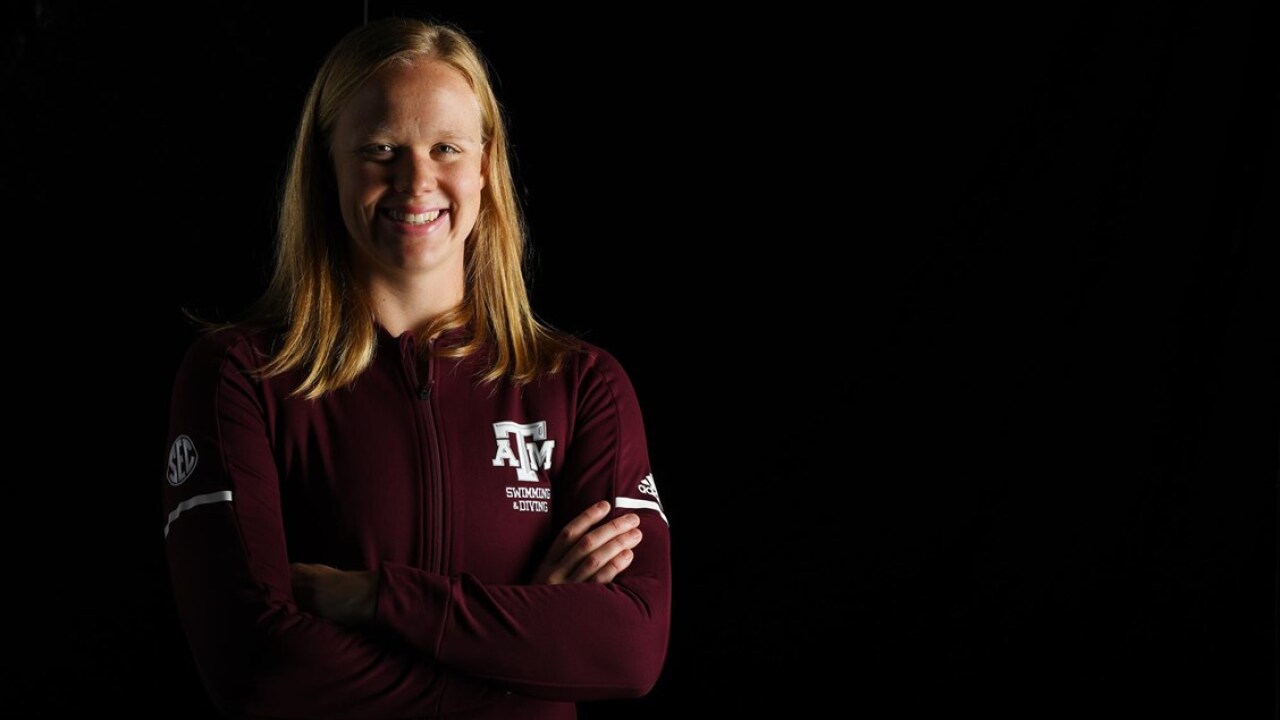 “I am very proud and honored to have received both this NCAA and the H. Boyd McWhorter post-graduate scholarships,” said Bratton, who completed her collegiate eligibility in 2018. “These will go a long way in helping me reach my goals of a doctorate in ocean engineering with the aim to one day work with offshore renewable energy sources. Being a student-athlete at Texas A&M has provided outstanding resources and developed me into the person I am today, ready to tackle the next stage of my life.”

From Richland, Wash., Bratton earned her bachelor’s degree while carrying a 3.761 overall grade point average, including a sparkling 3.904 GPA in her major. Bratton earned the 2018 Outstanding Undergraduate Student Award from the Department of Ocean Engineering and she has served as the President of Omega Epsilon, which is the ocean engineering honor society. Additionally, Bratton was named the SEC Scholar-Athlete of the Year for swimming and diving and the Bill Erwin Scholar-Athlete of the Year in 2018.