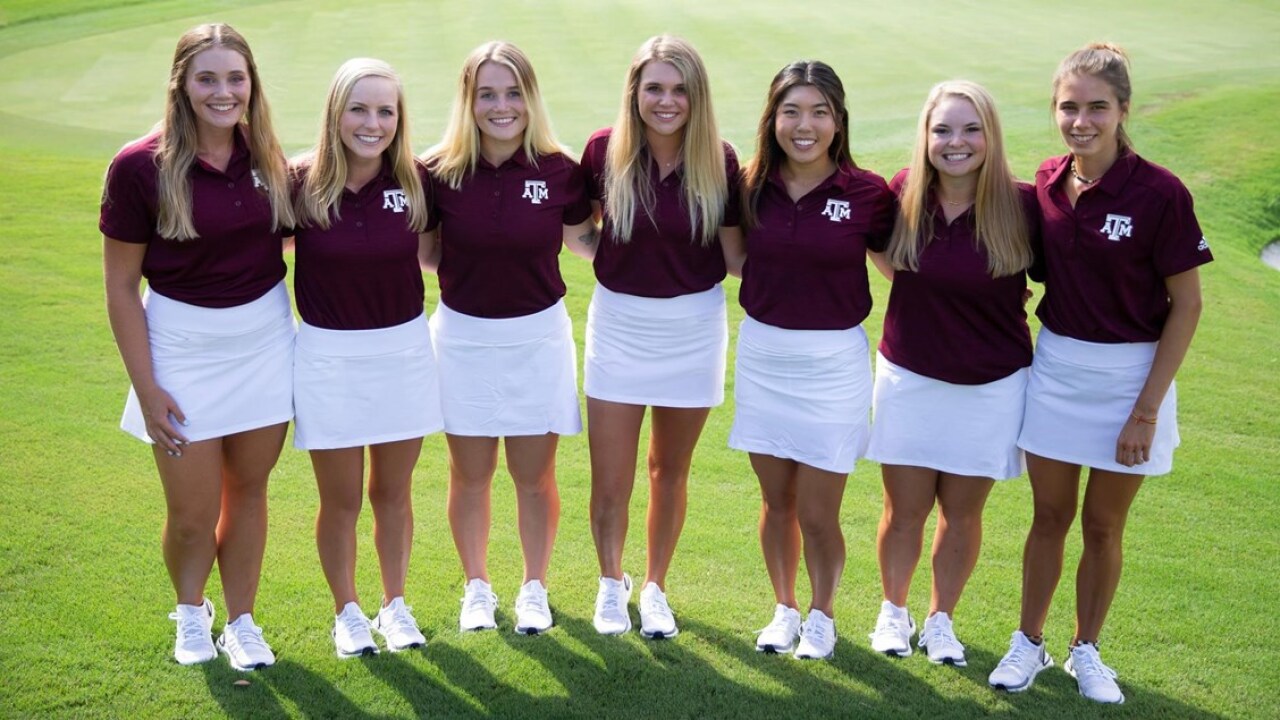 TOLEDO, OHIO — Looking to build off a productive 2018-19 season, Texas A&M women’s golf opens its 2019-20 campaign at the Glass City Invitational in Toledo.

The two-day, 54-hole tournament tees off on Monday at the par 72/6,249-yard Inverness Club. The storied course has hosted four U.S. Opens and two PGA Championships, plus is scheduled to host the 2021 Solheim Cup.

“We always look forward to that first event, but I’m especially excited to go to Inverness,” said head coach Andrea Gaston. “I’m very excited that we’re going to a challenging golf course, and this is going to be a great opportunity for us to see where our players are at.”

The 12-team field includes four ranked opponents, No. 8 Florida, No. 15 Northwestern, No. 16 Illinois, and No. 19 Michigan State, plus Baylor and Ohio State, who received votes in the WGCA Preseason Poll. Rounding out the field are host Toledo, Coastal Carolina, Michigan, South Florida, and Wisconsin.

Gaston enters her second year at Texas A&M after every individual player improved their stroke average in her first season at the helm. The Aggies recorded numerous team statistical accomplishments in 2018-19, including 399 birdies (5th most in school history), and 10 team rounds of par or better (3rd most in school history).

All seven members of the Aggie team make their season debut in Toledo. Junior Amber Park enters the 2019-20 season with the fourth-best career stroke average in school history at 73.96. Sophomore Brooke Tyree returns to competition after a strong summer that included winning medalist honors at the Louisiana Women’s Amateur Championship and a semifinal appearance at the Women’s Western Amateur.

Senior Courtney Dow enters her final season coming off the best statistical year of her career, in which she registered three top-10 finishes and picked up her first career tournament victory. Freshman Blanca Fernández García-Poggio makes her collegiate debut at Inverness, after a junior career that saw her win three Spanish national championships.

Junior Ava Schwienteck ranked in the nation’s top-100 for birdies last season, posting a 74.56 stroke average in her first season in Aggieland.

Elizabeth Caldarelli and Stephanie Astrup compete for the Aggies as individuals. Astrup makes her Texas A&M debut at the Glass City Invitational, and Caldarelli joined Dow as the two Aggies to participate in the U.S. Women’s Amateur this August.

Live scoring for the event is available on golfstat.com, and live updates are available on Twitter at @AggieWomensGolf.