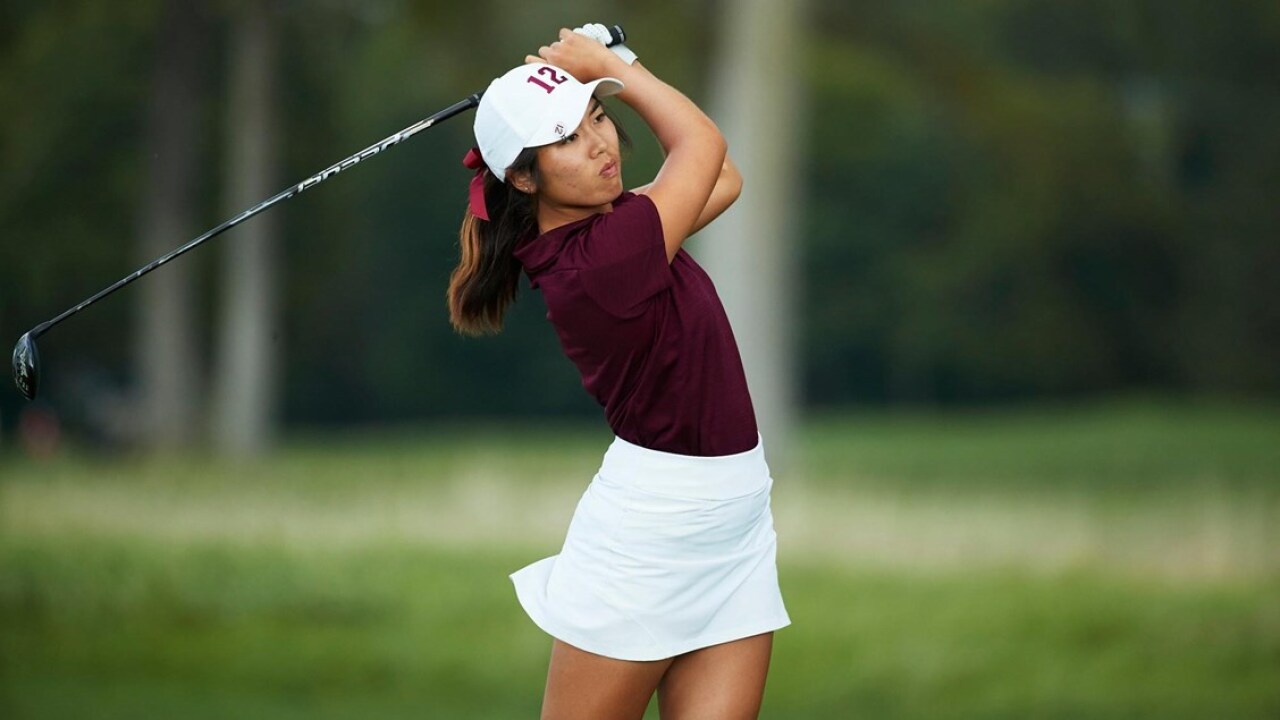 “We’re excited to get back to the Schooner Fall Classic. It was one of our best finishes last year,” head coach Andrea Gaston said. “I believe we’re a better team from top to bottom, so we’re looking forward to seeing what our team can do at this year’s event. It is certainly a good test since we’ll be competing with a lot of great teams.”

The three-day, 54-hole tournament tees off Friday at the par 70 / 6,048-yard Belmar Golf Club and runs through Sunday.

The field of 15 is headlined by No. 2 Texas, No. 13 Florida State, No. 19 Illinois and No. 25 Alabama. Other teams receiving votes in this week’s WGCA Poll included host Oklahoma, Baylor and TCU. Completing the field is Clemson, Houston, Louisville, Miami, Mississippi State, Notre Dame and Texas State.

Brooke Tyree had her career-best finish after tying for ninth at last week’s season-opening Glass City Invitational. She led the Aggies with a 4-over 220 at Inverness Club, complete with a tournament-high 12 birdies, helping the Aggies to a seventh-place finish.

Amber Park returns to the Schooner Fall Classic after setting the Texas A&M 54-hole scoring record at this event last season, finishing in 3rd place with an 11-under 202 at Belmar. Park shot in the 60s each day at last season’s tournament, and helped the Aggies to a season-best 8-under score.

Courtney Dow tied for 19th at the Glass City Invitational, finishing a 6-over 222 that was highlighted by a second-round 69, the Aggies’ best round of the tournament. It was the 17th top-25 finish of Dow’s career.

Blanca Fernández García-Poggio enters the Aggie lineup for the Schooner Fall Classic, following an 11-over 227 in her collegiate debut at Inverness.
Rounding out the lineup is Ava Schwienteck, who makes her second appearance at Belmar, with her tournament last season highlighted by a second-round 68.

Texas A&M tees off round one on Hole No. 10 at 10:40 a.m. on Friday. Live scoring for the event is available on golfstat.com, and live updates are available on Twitter at @AggieWomensGolf.