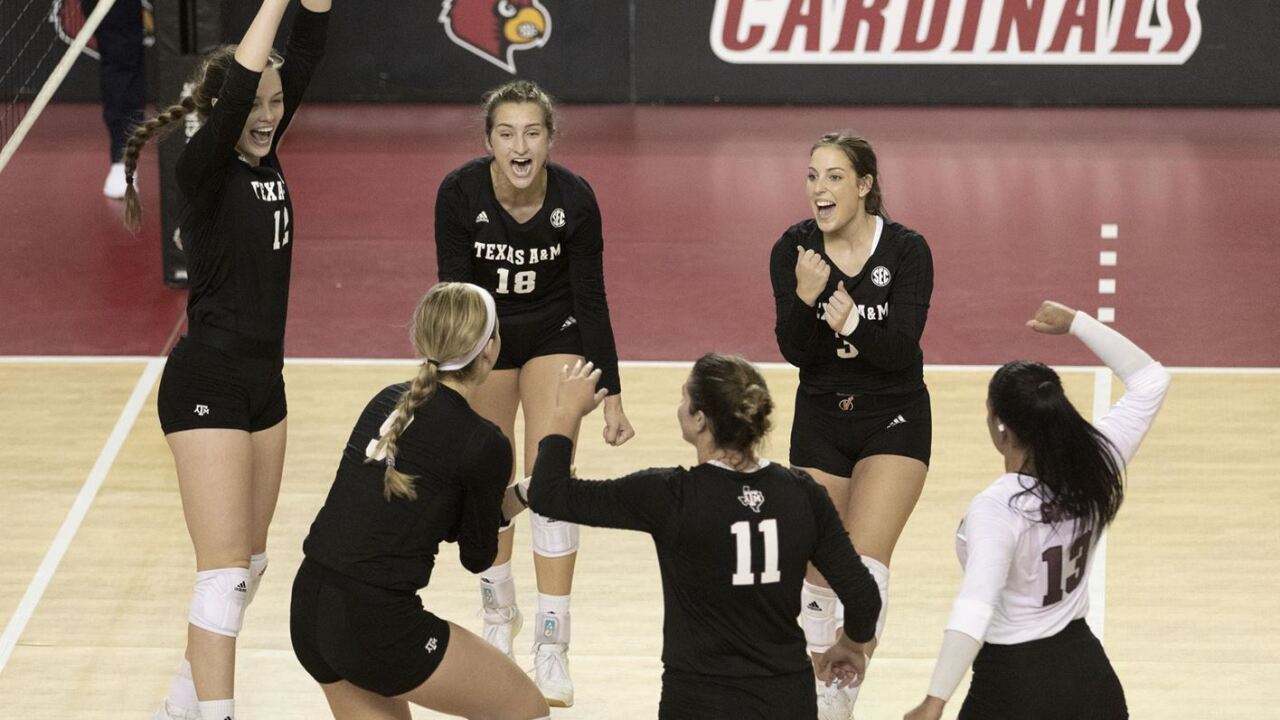 MALIBU, CALIFORNIA — The Texas A&M volleyball team plays in their second straight tournament on the road, hosted by Pepperdine at the Firestone Fieldhouse Sept. 6-7.

Live stream and live stats are available throughout the weekend. A&M’s matches versus California Baptist and Fairfield are streamed on FloVolleyball.com, with the match against Pepperdine being streamed on the WCC Network. Links can be found on 12thMan.com.

On the opening weekend, Texas A&M played two five-set matches, winning against Dayton but falling to No. 25 Louisville.

Senior outside hitter Hollann Hans led the offense for the Aggies with 27 kills and six service aces. Hans is six kills away from tying Jazzmin Babers (2013-16) for the most career kills during the 25-point rally scoring era.

Junior setter Camille Conner was named to the Cardinal Classic All-Tournament Team after finishing the weekend with 20 kills, a .390 hitting percentage, 70 assists and 11 digs.

A&M meets California Baptist and Fairfield for the first time in program history, while the Aggies meet Pepperdine for the ninth time. Pepperdine leads the series 5-3, but A&M swept the Waves in their last meeting in 2018 at the Texas A&M Invitational in College Station.

CBU enters this weekend with a 0-3 record after falling to Illinois, Idaho and Eastern Washington at the Idaho Volleyball Classic. Sydney Marks and Christine Graf lead the Lancers with kills averaging 2.75 kills per set or higher. CBU returns six of seven starters, including setter Natalie Zimmerer and libero Nicole Abreu.

Fairfield is currently 2-1 with five-set wins over UMBC and Lafayette. The Stags were slotted for second in the 2019 MAAC Preseason Coaches’ Poll, earning four first-place votes. Luci Albertson and Mayda Garcia both earned a spot on the Preseason All-MAAC team. Manuela Nicolini also returns to the Stags after sitting out the entire 2018 season due to an injury. Nicolini was the 2017 MAAC Setter of the Year and the 2018 Preseason co-Player of the Year.

Pepperdine has a 1-2 record and are coming off a 3-1 win over Illinois State. The Waves were picked to finish third in the West Coast Conference and had four named to the All-WCC Preseason Team including Hannah Frohling, Tarah Wylie, Shannon Scully and Rachel Ahrens. Last weekend Ahrens registered 5.44 kills per set, tallying 49 kills, while Scully averaged 4.00 kills per set.