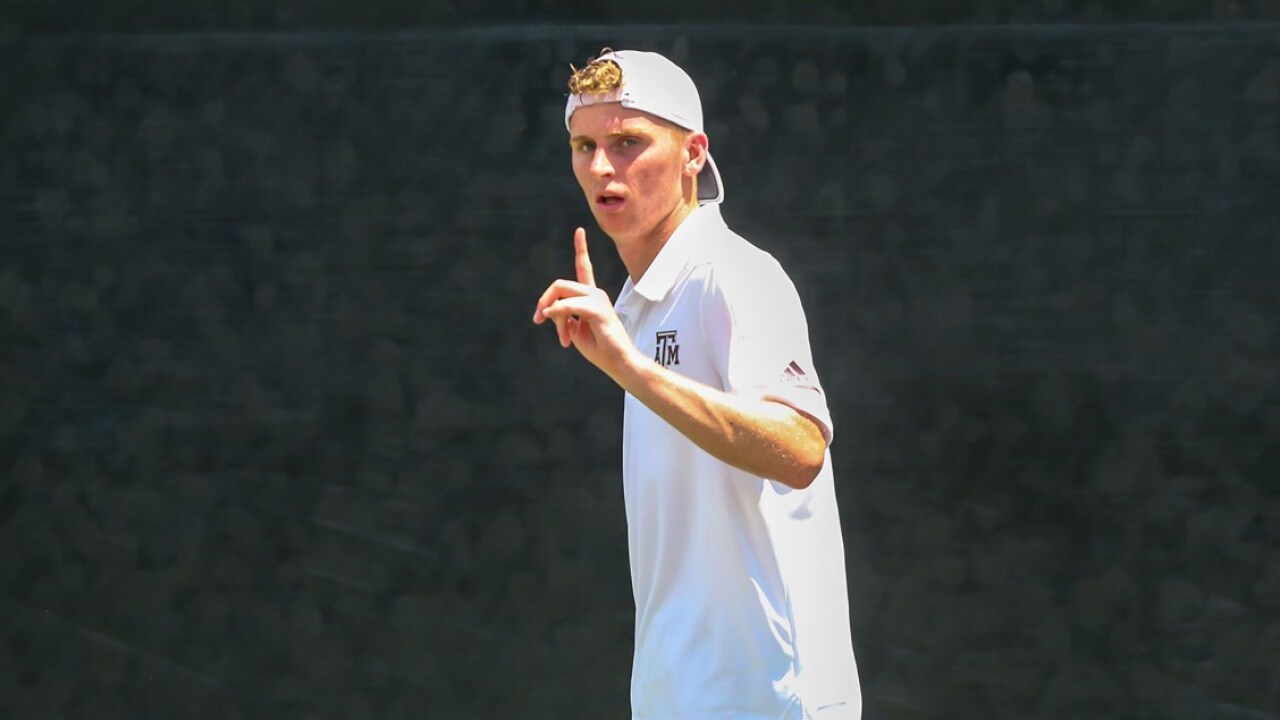 Rollins, from Tulsa, Oklahoma, posted five victories in west Texas including four three-setters to earn his first collegiate title in his first tournament in the Maroon & White. In the final, Rollins bounced back from dropping the opening set to Kumar 6-1 to rattle off a 6-1 second set win before outlasting his teammate in the third set 7-5 to earn the trophy.

Smith and Rollins rattled off four straight wins to take the doubles draw finishing with an 8-6 championship result over Franco Ribero and Jackson Cobb of Texas Tech.

Texas A&M sent four student-athletes to the singles and doubles event that features the likes of Texas Tech, TCU and New Mexico, among others. The remainder of the Aggies will see tournament action throughout the fall, beginning with the Oracle ITA Masters in Malibu, California on September 26. The Maroon & White return a trio of players that earned All-American honors a season ago, the most of any SEC team.