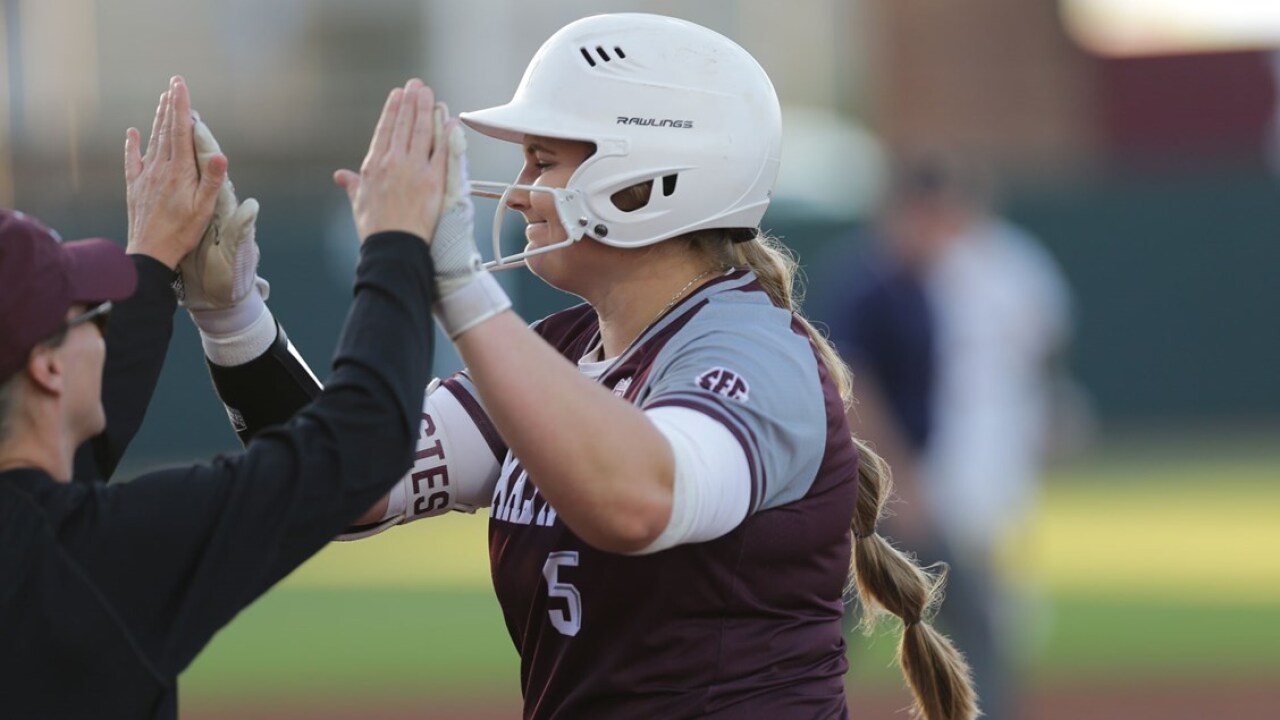 KNOXVILLE, TN — Texas A&M Softball closed out the regular season with a 6-4 victory in 10 innings at No. 11 Tennessee Sunday.

Payton McBride delivered the 10th-inning heroics as the junior hit a two-out two-run homer to right, her fifth of the season.

McBride earned the win in the circle after throwing five shutout innings in relief. The lefty scattered just three hits, walked three and struck out one. Kendall Potts got the start in the circle and allowed four runs, two earned, on four hits with four strikeouts in five innings of work.

Trailing 3-0 heading to the sixth, the Aggies (28-24, 6-18 SEC) plated four runs on four hits to take a one-run lead. Taudrea Sinnie led off the inning with her first career double and later scored on a Kayla Garcia single. Baylee Klingler gave the Aggies the lead as the freshman belted a three-run homer off the scoreboard.

Tennessee (39-13, 14-10 SEC) broke the scoring seal in the bottom of the first and added two in the second, before tying the game in the sixth.

KEY INNINGS
B1 | Aubrey Leach led off with a triple to right and scored on Chelsea Seggern squeeze bunt. UT 1, A&M 0

B2 |Kaili Phillips was hit by a pitch and advanced to third on a throwing on error on a Kaitlin Parsons grounder. As Parsons stole second, a throwing error allowed Phillips to touch home. Amanda Ayala plated Parsons on a sacrifice fly to center. UT 3, A&M 0

T6 | Taudrea Sinnie began the inning with her first career double, and moved to third on an infield single from Kelbi Fortenberry. Sinnie scored on a Kayla Garcia single to right. Baylee Klingler blasted a three-run homer to give the Aggies a one-run lead, her fifth of the season. A&M 4, UT 3

B6 | The Lady Vols evened the game as Chelsea Seggern singled and advanced to second on a wild pitch. Haley Bearden drove in Treasuary Poindexter, who pinch ran for Seggern, on a single to center. A&M 4, UT 4

T10 | With two outs, Kayla Garcia reached on an infield single before Payton McBride homered to right to give the Aggies a two-run lead. A&M 6, UT 4

The Aggies open the SEC Tournament with a 10 a.m. matchup against Mississippi State at Davis Diamond.